COVID-19 infections have risen steadily in Lebanon since the August explosion in Beirut. 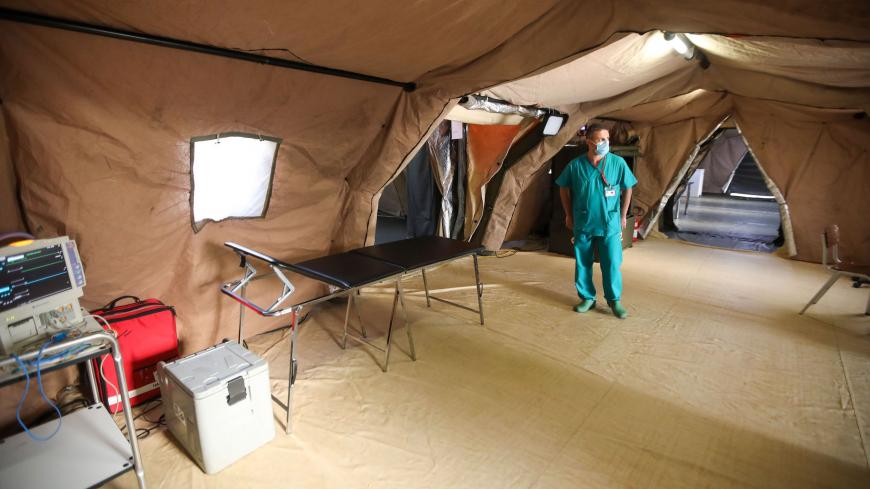 An Italian medic walks in the coronavirus ward at the Italian field hospital in the Lebanese University campus in the town of Hadath, north of the capital Beirut, on Sept. 8, 2020. - ANWAR AMRO/AFP via Getty Images

Lebanon will return to lockdown this weekend as COVID-19 cases in the country continue to surge.

The general lockdown will begin on Saturday and last until Nov. 30, the Lebanese news outlet Naharnet reported.

According to the country’s health minister, there is not enough hospital space.

“We have reached a stage in which it is difficult to provide beds to coronavirus patients,” said Hamad Hassan, according to Naharnet.

Beirut’s international airport will remain open. Other than that, only some factories, hospitals and other essential institutions will remain in operation, Lebanese President Michel Aoun said on Tuesday.

Initially Lebanon had relatively few COVID-19 cases among its population of more than six million. However, the numbers began to increase significantly following the Beirut port explosion in August. Cases have risen rapidly since then. Lebanon recorded 1,119 new cases of the virus on Monday. The number of new daily infections has been near or over a thousand since August, according to Ministry of Public Health statistics.

The government has instituted previous lockdowns to mitigate the virus’ spread.

Lebanon has been in financial and political crisis for more than a year, a situation now compounded by the coronavirus. This month, the Central Bank lifted subsidies on several commodities and warned that its reserves will soon be depleted.

Politicians in the country are working to form a new government following the resignation of the previous one in the aftermath of the explosion.