COVID-19 cases have increased dramatically following the blast in Beirut's port on Aug. 4, when hospitals filled and people took to the streets. 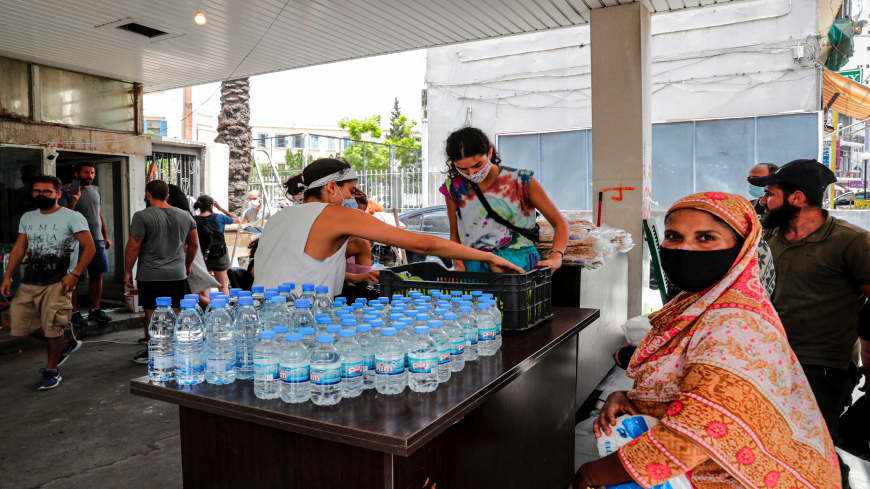 Volunteers clad in masks due to the coronavirus pandemic distribute supplies to people affected by the Beirut port explosion in the Ashrafieh neighborhood of Lebanon's capital Beirut on Aug. 10, 2020. - Photo by ANWAR AMRO/AFP via Getty Images

With a population of more than 6 million, Lebanon recorded 439 new coronavirus cases on Saturday, according to Ministry of Public Health data. Lebanon previously broke its daily records last Thursday and Friday.

Cases have increased dramatically since the explosion in Beirut’s port on Aug. 4. The blast, which authorities said was caused by an explosion of improperly stored ammonium nitrate, killed more than 200 and injured thousands more.

Hospitals filled to capacity treating the wounded, and people protested in the streets against the government’s apparent gross negligence in storing the explosive so close to the city’s downtown. People also began cleaning up the massive mess from the blast themselves. The explosion rendered hundreds of thousands of people homeless.

Lebanon’s economy was already reeling at the time of the incident from the currency’s devaluation, chronic electricity cuts, corruption and coronavirus-related lockdowns.

The desperate situation made social distancing and hygiene more difficult, which could explain the dramatic rise in COVID-19 cases.

Medical officials are now urging a two-week lockdown to mitigate the virus’ spread. The Lebanese governmental Cabinet resigned amid the fallout from the blast, and a caretaker health minister is in place.