Gabbard, a Democrat from Hawaii who served in the Army in Iraq and ran for president in 2020, has been a critic of the US prosecution of "endless wars." Her successor, Democrat Kai Kahele, served in Afghanistan. 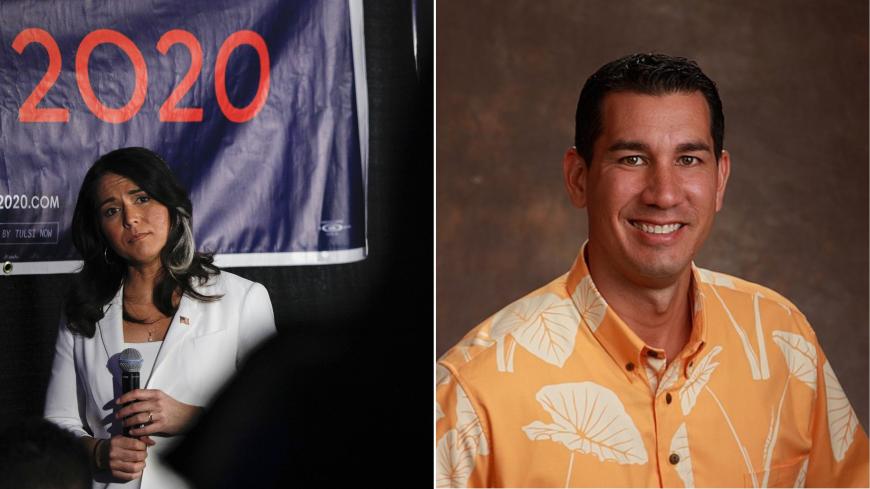 In left photo, Democratic presidential candidate and US Rep. Tulsi Gabbard of Hawaii listens to a question at a town hall meeting on Super Tuesday primary night on March 3, 2020, in Detroit, Michigan. At right is Kai Kahele, a Democrat who was elected Nov. 3 to the seat she is vacating. - (L) Bill Pugliano/Getty Images / (R) Kai Kahele/Wikimedia

The seat of Tulsi Gabbard, known for her vocal criticism of US Syria policy, will be filled by another Democrat in the House of Representatives in January.

Kai Kahele won the election to represent Hawaii’s 2nd Congressional district. Gabbard did not seek reelection in 2020, but did run for president in the Democratic Party presidential primaries, where she received two delegates.

The former US Army soldier who served in Iraq is known for her frequent criticism of US policy in the Middle East, particularly in Syria. In November 2019, Gabbard introduced a resolution that would have constrained President Donald Trump's authority to use force in Syria.

Gabbard was a strong advocate for not leaving Syrian Kurdish forces vulnerable to an attack from Turkey. She invited prominent Syrian Kurdish politician Ilham Ahmed to attend the February 2019 State of the Union address in Congress.

She also vocally opposed previous US support for Syrian rebel forces due to the presence of al-Qaeda affiliates in their ranks. She met with Syrian President Bashar al-Assad in 2017 on a fact-finding mission to the country, and later refused to call him a war criminal.

Gabbard was strongly criticized by some in her own party for being "pro-Russia" as a result of the meeting with Assad and her criticism of US Syria policy, among other things. Former Secretary of State Hillary Clinton even referred to Gabbard as a “Russian asset,” which prompted Gabbard to sue Clinton for defamation.

Although Kahele's campaign focused on domestic issues, he and Gabbard both shared a military background; Kahele served with the Air Force in Afghanistan. His campaign website said he supports ending US support for “non-democratic regimes” and is against US involvement in the Yemeni civil war. Many in the Democratic Party are critical of US support for the Saudi-led coalition in the conflict.

It is unclear what Gabbard will do when her term ends in January.