The veteran diplomat will be replaced by his Syria deputy, Joel Rayburn, and top counterterrorism official Nathan Sales. 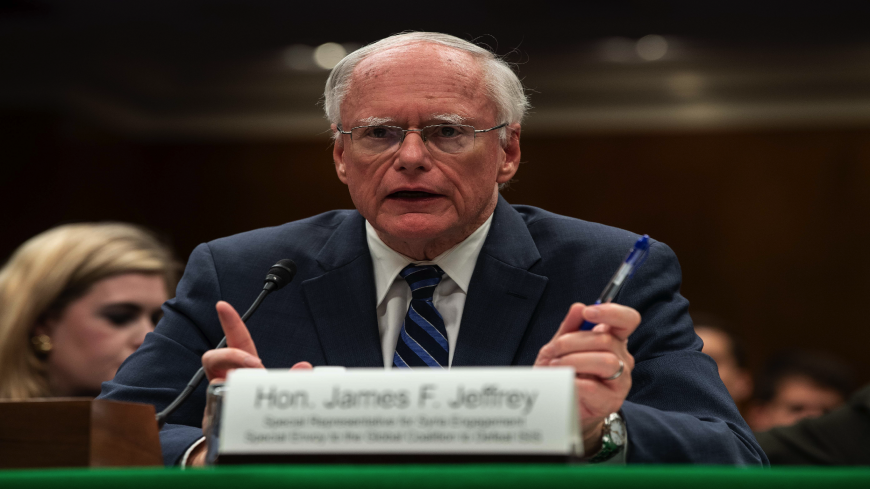 James Jeffrey, the career diplomat overseeing the Trump administration’s policies on Syria and the Islamic State (IS), is stepping down, the US State Department announced on Monday.

Jeffrey came out of retirement in 2018 to serve as the State Department’s special representative for Syria. And following the resignation of Brett McGurk, he took on the added job of lead US envoy for the international anti-IS coalition.

The 74-year-old veteran of the State Department leaves behind a complicated legacy on Syria. He and his team were caught off guard when Trump effectively greenlit Turkey’s October 2019 invasion of northeast Syria, which many in Washington saw as an abandonment of the US-allied Kurdish forces who helped defeat IS.

“Jeffrey believed the US could find common ground with Turkey in Syria long after many others had given up hope,” said Nicholas Danforth, senior research fellow at the Hellenic Foundation for European and Foreign Policy. “Both diehard critics and advocates of America’s alliance with the [People's Protection Units] ultimately came to agree that this was a quixotic if not dangerous effort.”

Joel Rayburn, who currently serves as Jeffrey’s Syria deputy, will assume the top Syria job. Ambassador Nathan Sales, the lead State Department official on counterterrorism, will take over as special envoy for the anti-IS coalition.

“Ambassador Jeffrey epitomizes the very best of our diplomatic corps,” US Secretary of State Mike Pompeo said in a statement Monday. “Jim is an American patriot of the highest order. He and his family have served and sacrificed on behalf of America and deserve our deepest appreciation."

“He is also a friend and I wish him all the best. I, like the State Department, am better because of Jim,” Pompeo said.

The longtime diplomat spent a combined 45 years in the US Army and Foreign Service. In addition to stints as ambassador to Turkey and Iraq, he also served as deputy national security adviser in the George W. Bush administration.

Before taking a job in the current administration, Jeffrey joined dozens of other former Republican national security officials in signing an open letter in August 2016 warning that Trump was unfit for office.

Jeffrey's expected resignation came the same day Trump announced that he had fired his secretary of defense, Mark Esper, and replaced him with Christopher C. Miller, director of the National Counterterrorism Center.