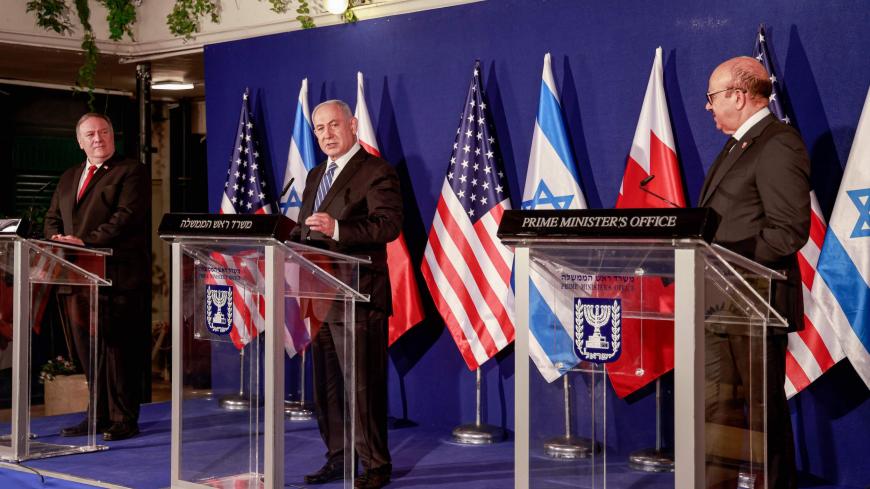 Israeli Prime Minister Benjamin Netanyahu said on Tuesday that he will pay a visit to Bahrain “soon,” in the latest sign of normalized diplomatic relations between the two Middle East countries.

In their second conversation since the signing of the US-brokered Abraham Accords in mid-September, Netanyahu and the Gulf state’s Crown Prince Sheikh Salman bin Hamad Al Khalifa discussed the “strengthening of bilateral relations” on the phone Tuesday.

“Both of us are very moved by the fact that we can bring peace to our peoples and our countries in a very short time. Therefore, he also invited me to make an official visit to Bahrain soon. I will do so, on your behalf, with pleasure," Netanyahu said in a statement posted to Twitter.

Last week, Bahraini Foreign Minister Abdullatif bin Rashid Al Zayani led the first official visit from a Bahraini delegation to Israel. The two countries said they expect to open reciprocal embassies by the end of the year, and beginning next month, citizens of Bahrain and Israel can apply online for entry visas.

Under the recent normalization deals, Bahrain and the United Arab Emirates have agreed to cooperate with Israel on a range of issues, including tourism, direct flights and investment, in exchange for Netanyahu pausing plans to annex large portions of the West Bank. The two Gulf states’ formal recognition of Israel was seen by the Palestinians as having undermined longstanding Arab unity around the issue of Palestinian statehood.

President Donald Trump has said Saudi Arabia is among several countries he expects to establish ties with Israel, but Riyadh has downplayed the reports. Saudi Foreign Minister Faisal bin Farhan Al Saud said last month that his government remains committed to the 2002 Arab Peace Initiative, which calls for Israel to withdraw from lands captured since 1967 before gaining any recognition from Arab states.