The reported visit follows a string of normalization deals with Arab countries. 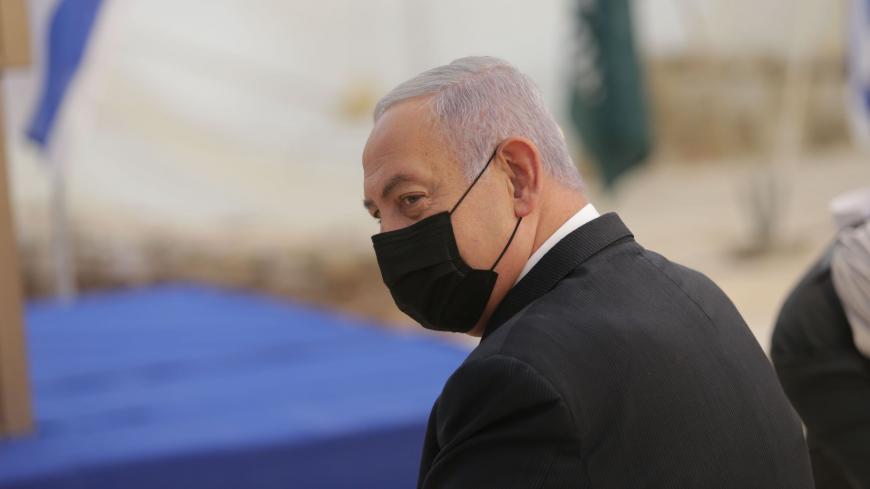 Israeli Prime Minister Benjamin Netanyahu, mask-clad due to the COVID-19 pandemic, attends the opening ceremony for the Sha'ar Hagay national site, near Jerusalem on Nov. 29, 2020. - ALEX KOLOMIENSKY/AFP via Getty Images

According to the Maariv newspaper, Netanyahu will meet with Egyptian President Abdel Fattah al-Sisi in the coming weeks as part of an effort to improve economic relations between the two countries. Officials are also reportedly planning a meeting between Israeli and Egyptian economic delegations.

The reported Egypt visit comes amid a flurry of diplomatic activity aimed at improving Israel’s ties in the region. In recent months, Israel has inked US-brokered normalization deals with the United Arab Emirates and Bahrain, and Sudan has agreed to recognize the Jewish state.

Earlier this month, the Israeli press reported that Netanyahu secretly met with Crown Prince Mohammed bin Salman in the first known visit by an Israeli leader to Saudi Arabia. The Gulf kingdom denied the historic meeting took place despite confirmation from Israeli Education Minister Yoav Galant, who called the trip an “amazing achievement.”

Netanyahu had reportedly hoped to sign a normalization deal with Saudi Arabia, which President Donald Trump has signaled is among the Arab countries he expects will soon establish ties with Israel. In 1979, Egypt was the first country to do so, followed by Jordan, which signed a peace treaty in 1994.

Netanyahu’s reported upcoming meeting with Egypt’s leader won’t be his first. The two leaders met for the first time publicly at the UN General Assembly summit in New York in September 2017, and in May 2018, they reportedly held secret talks in Egypt to discuss the situation in Gaza.

Ahead of the signing of the Abraham Accords in September, the Egyptian president told Netanyahu by phone that he supported "any steps that would bring peace” to the Middle East. Sisi also stressed the need for Israel to “preserve the legitimate rights of the Palestinian people” and called for talks between the two sides.

Netanyahu said last week he is also planning a visit “soon” to Bahrain in the latest sign of normalized diplomatic relations between the two Middle East countries. The two countries said they expect to open reciprocal embassies by the end of the year, and beginning next month, citizens of Bahrain and Israel can apply online for entry visas.