One child was killed and at least five other people were injured, the Iraqi military said. 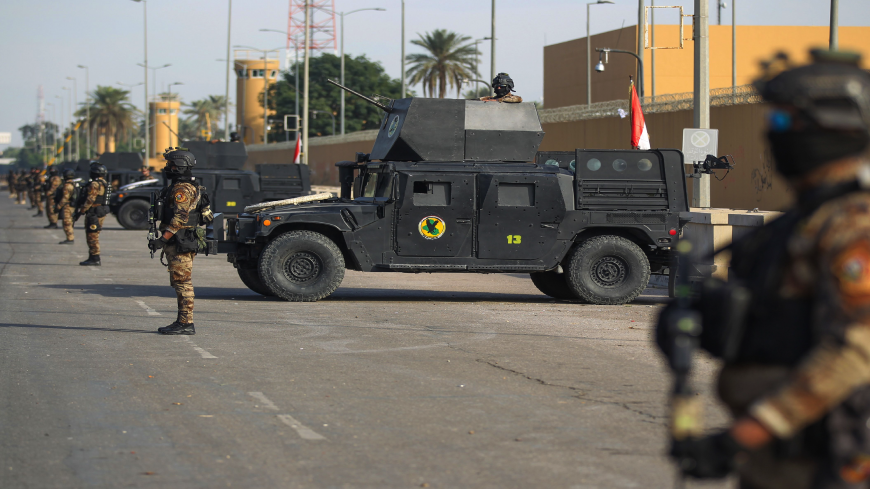 Iraqi counterterrorism forces stand guard in front of the US Embassy in the capital, Baghdad, on Jan. 2, 2020. - AHMAD AL-RUBAYE/AFP via Getty Images

Five people were injured and a child was killed after a barrage of rockets landed in Baghdad on Tuesday evening, shortly after the Pentagon announced the United States would pull another 500 troops from Iraq on orders from President Donald Trump.

Four rockets were launched from Baghdad's al-Amin al-Thaniya neighborhood in the al-Alf Dar district, according to Iraq's Security Media cell. One of the rockets that struck the capital's Green Zone landed near the headquarters of Iraq's National Security Service, The Associated Press reported.

No personnel of the US-led international military coalition against the Islamic State were injured, coalition spokesman Col. Wayne Marotto announced.

The strike marks a renewal of attacks following a lull after some Iran-aligned militia groups declared a halt to their attacks on US forces last month if they withdraw from the country. Kataib Hezbollah released a photo online earlier this week purporting to show a fitness room inside of the US Embassy in Baghdad, in an apparent attempt at intimidation.

Secretary of State Mike Pompeo threatened in September that US officials would shutter the US Embassy in Baghdad if Iraq's government did not halt the attacks, which are regularly attributed to Iran-linked Hashid Shaabi militias.

The US-led coalition against the Islamic State has most recently moved to withdraw some 2,000 troops from Iraq as part of a consolidation of its support for the Iraqi military at the Union III headquarters in Baghdad's Green Zone.