“Mosul,” an Iraqi film production on one of the stories of the battle to liberate the city, is set to be shown on Netflix this month. 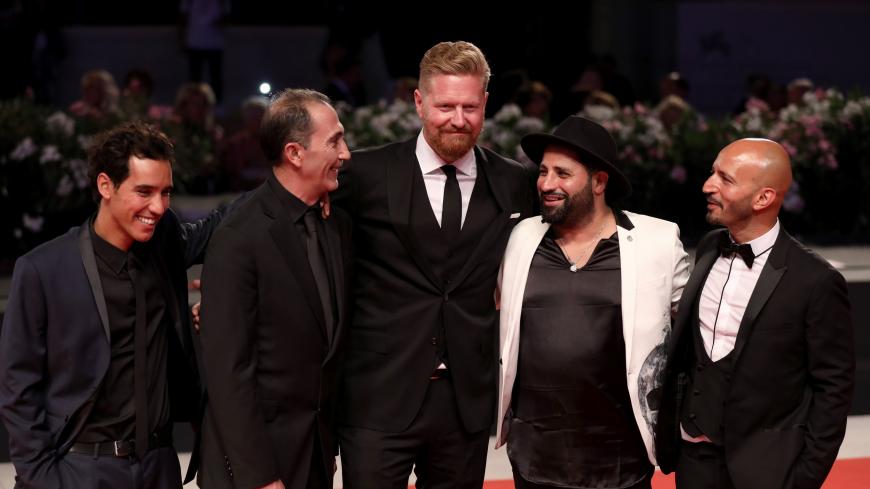 “Mosul,” the first international film in Iraqi dialect telling the “heroic” stories of the “Iraqi forces,” is coming to Netflix on Nov. 26.

The idea of the film, produced by brothers Anthony and Joe Ross, came from an article published by The New Yorker during the battle to liberate Mosul, which was launched in October 2016. The Ross brothers decided to turn the story into a movie.

“The idea for the film came following a long feature in The New Yorker about the SWAT unit that was working on infiltrating the ranks of the Islamic State (IS) before the start of the military operations,” Mohammed al-Darraji, one of the film’s production team members and founder of the Baghdad-based Human Film production company, told Al-Monitor.

“The mission of the 1st SWAT Unit was to infiltrate into IS, which had kidnapped the family of one SWAT member. This is a wonderful human story,” he added.

The story piqued the interest of the producers, who decided to send it to Matthew Michael Carnahan, a well-known American screenwriter, who was interested in the story and asked to direct the film himself.

Darraji faulted Iraq's Culture Ministry for not having been more aggressive in helping tell the world about such events in a dramatic way. He also said the Iraqi press and government had shirked their responsibility to tell the Iraqi story to the world. “Partisan media outlets failed to convey messages to the Iraqis or the outside world,” Darraji said.

Darraji is at the head of an Iraqi team of more than 300 people within the movie production team. “The film project took two years to be prepared and written and then filming began,” he said.

The filming location posed a challenge. The city of Mosul would have been the best option, but this did not happen. The second choice was Jordan, but it also did not work out, and the movie wound up being shot in Morocco.

“Iraq is not prepared, in terms of security and logistics, to be a good shooting location. Not even at the level of infrastructure. It was not possible to provide 300 personnel working on set with comfort and protection, so we decided to go to Morocco given its economic facilities,” Darraji said.

Darraji and his team worked with Arab actors to ensure they got Iraqi accents down for the movie, whether they were Tunisians, Jordanians, or even some Iraqi actors based abroad.

The film was originally scheduled to be shown in international movie theaters April 15, but because of the coronavirus, the premiere was postponed.

This is why the two producers of the film decided to sell the rights to Netflix, which will show it beginning Nov. 26. “This is a major success for the Iraqi narrative and cinema,” Darraji said.

“For years I have been trying to get Netflix to show Iraqi films," he added.

Darraji also had a grievance involving the Academy Awards. “I submitted a request to the Culture Ministry for the participation of ‘Mosul’ in the Oscars in the name of Iraq. Unfortunately, the ministry did not encourage the company to present the film in the name of Iraq,” he said.

Darraji said the film had great possibilities in the foreign films category, especially having a multimillion-dollar production company behind it.
“The company had plans for a massive campaign for the movie, but unfortunately there was no cooperation [on the part of the Iraqi authorities],” he said.

He said Iraq has a great narrative to tell an international audience, saying, “We have millions of stories to be told and of sacrifices made. We need to show our love for peace, knowledge, development, with many stories to be told to the world." He added that Iraq has stories to tell not just about today or about recent events, but about what has happened over the decades.

Darraji also was unhappy that many in the international community are largely unaware of the talents Iraqis possess. "When my films are shown abroad, people wonder if this was actually an Iraqi production and if Iraqis are capable of producing films,” he said with indignation in his voice.

“It is true that we went through very difficult circumstances, but that does not mean we cannot produce,” he added.

"Mosul" focuses on the story of the SWAT team of the Iraqi Interior Ministry but does not feature the Counter-Terrorism Service, which was the most prominent force in the war against IS. The movie, however, does have scenes showing the Popular Mobilization Units and other armed Shiite factions.

“The film highlights the humanitarian aspect of the war, not the political or military one,” Darraji said. He said the movie showcases Iraqi policemen's "humanitarian stance in the war against IS.”