Iranian officials have not been eager to speculate on what a Joe Biden US presidency means for their country. 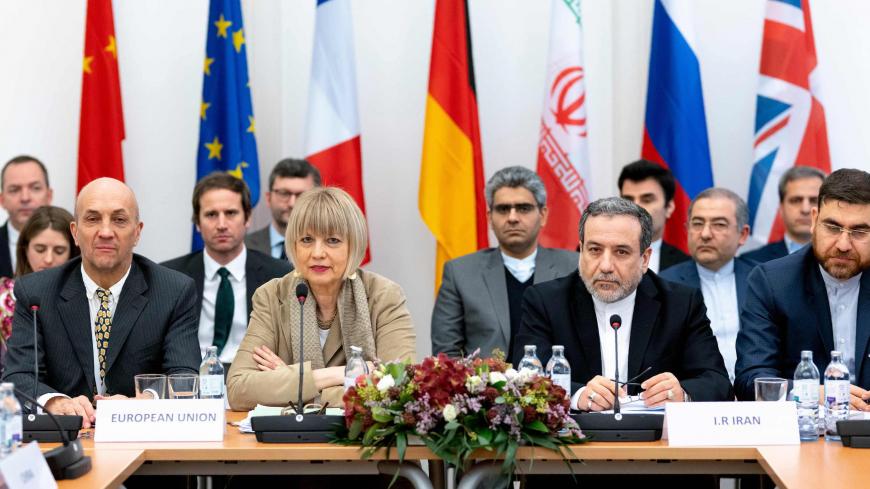 Despite US President-elect Joe Biden’s team expressing interest in rejoining the Iran nuclear deal, Iranian officials are not eager to discuss the idea.

During a press conference with Iran’s Oil Minister Bijan Zanganeh, a reporter asked about the likelihood of reentering the Joint Comprehensive Plan of Action. Zanganeh said that he had nothing to say about the topic and would not be commenting on it anytime soon.

In response to questions about the outgoing Donald Trump administration placing more sanctions on Iran before leaving office on Jan. 20, Zanganeh said, “There is nothing left to sanction.” He joked later that perhaps the administration could sanction the kitchen staff and other service workers employed by the Oil Ministry.

The head of Iran’s judiciary also threw cold water on the idea that Iran was eager for a Biden presidency and that relations would somehow return to the Barack Obama era of bilateral meetings. Ebrahim Raisis said that while it’s true that Trump has been voted out of office and will soon leave the White House, issues remain. He pointed to the assassination of Quds Force commander Qasem Soleimani and the economic sanctions under which “justice has not been served,” saying that Iran will not retreat.

Iran’s Foreign Ministry spokesperson Saeed Khatibzadeh did speak about the matter. Khatibzadeh said that Iran is not basing its decisions on what Biden's advisers have said, nor will it accord much weight to the publications of think tanks. He reiterated that Iran’s position is that the JCPOA is not a deal between Iran and the United States but the result of very long negotiations between Iran and the five permanent members of the UN Security Council plus Germany and that it was endorsed with a Security Council resolution. Khatibzadeh said that the JCPOA file will not be reopened. He added that the United States violated the UN resolution and inflicted huge damages on Iran as a result.

When asked about possible communication between Biden’s team and Iran, Khatibzadeh said that the Biden team has not yet taken office yet and once it does, Tehran will work within the framework of the meetings stipulated by the JCPOA.

Iran’s foreign minister was a little more direct about the election. Mohammad Javad Zarif tweeted, “The world is watching whether the new leaders will abandon disastrous lawless bullying of outgoing regime — and accept multilateralism, cooperation & respect for law.” The next day he posted a message for Iran's neighbors, tweeting, “Betting on outsiders to provide security is never a good gamble" and "We extend our hand to our neighbors for dialogue to reserve differences.”