Tehran claims there have been no informal preliminary talks with the incoming US administration, but signs of economic relief are already appearing in Tehran’s forex market. 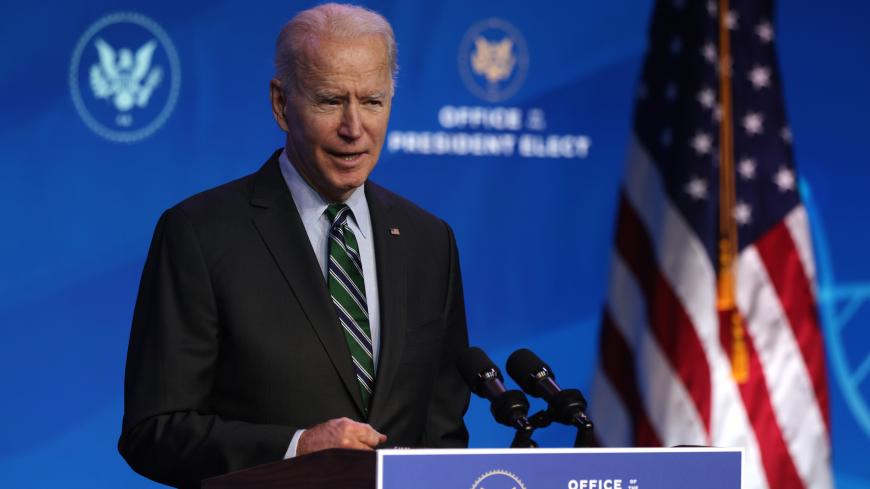 Spokesman for the Iranian government Ali Rabiee denied reports that talks have been held behind the scenes between Iranian diplomats and representatives of US President-elect Joe Biden.

“We have not received any message from Mr. Biden’s team,” Rabiee told a virtual presser in Tehran, Jan. 18 — just two days before the incoming president's inauguration. He was addressing media speculation about the two sides engaging in informal talks that could set out the framework for future negotiations on the United States returning to the Iran nuclear deal known as the Joint Comprehensive Plan of Action (JCPOA).

In a Jan. 16 report, Israel’s Channel 12 claimed that negotiations had already started between unnamed members of Biden’s circle and Iranian officials about the new administration’s plans to rejoin the 2015 accord. No further details were released.

Rabiee reaffirmed Iran’s official position that any such negotiations would be “pointless” before the new US government lifts sanctions that were triggered by President Donald Trump’s departure from the JCPOA. He noted that Trump’s “maximum pressure” campaign against Tehran has failed, advising Biden that “there is no other wise way” than to abolish the policy.

Iranian President Hassan Rouhani has on multiple occasions signaled willingness for rapprochement with the incoming US administration should the latter remove the sanctions. Yet the stance has pitted Rouhani against powerful hard-liners at home who have supported such contentious measures such as boosting nuclear enrichment to a level that may overshadow any US-Iran opening.

In his first few days in office, Biden is expected to reverse several controversial Trump-era executive orders that could see the United States reenter the Paris Climate Agreement. Nonetheless, according to oil strategist Julian Lee, a return to the JCPOA and an immediate removal of sanctions on Iran’s oil industry are not yet on Biden’s priority list.

Despite the uncertainty around possible US-Iran talks, positive signs ahead of Biden’s inauguration have already appeared in the Iranian foreign exchange market.

Iran’s national currency, the rial, which has in the past 10 months experienced the sharpest nosedives in its history, is now bouncing back, regaining some 10% of its value in one week.

The recovery seems to have been prompted by Rouhani’s comment last week that with the US return to the JPCOA and the subsequent removal of international banking restrictions, the Iranian currency could enjoy an immediate 50% boost. And while the target has yet to be met, there have been considerable price drops across the auto and housing markets, which have been shaken by unprecedented turbulence due to the US sanctions.