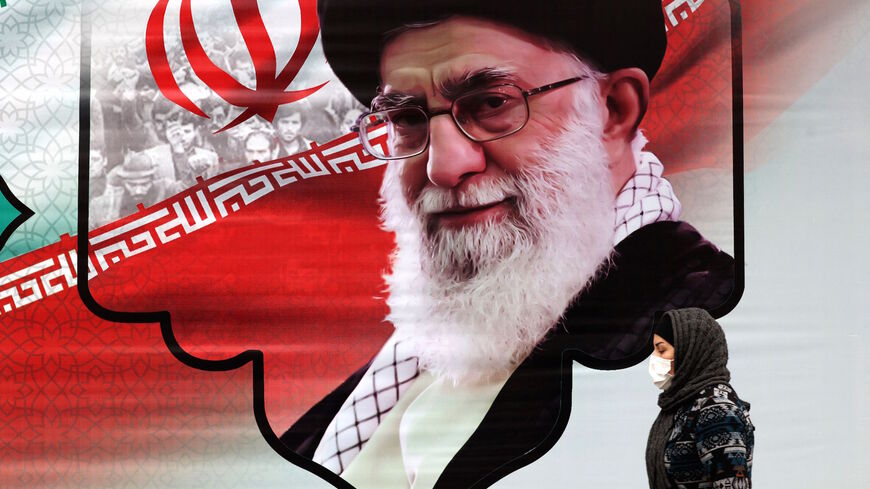 During a speech to government officials today, Iran’s Supreme Leader Ayatollah Ali Khamenei, who has final say on all state matters, discussed the ongoing nuclear negotiations and Iran’s plans for moving forward with or without a nuclear deal.

Khamenei said that the direction of the nuclear talks is going well. Khamenei presumably meant Iran’s position in the nuclear talks is strong, since the talks are essentially stalled as the United States has been hesitant to remove the Islamic Revolutionary Guard Corps from its list of Foreign Terrorist Organizations.

Khamenei praised Iran’s foreign minister and nuclear negotiators for their reports about the state of the nuclear talks. He added that criticism about the nuclear talks is permissible but that it must not “weaken” Iran’s position at the negotiation table or “create hopelessness” among Iranians. Recently, a group of lawmakers sent a letter to President Ebrahim Raisi requesting that conditions be set for the revival of the Joint Comprehensive Plan of Action (JCPOA), which the United States exited in 2018 and the Biden administration is trying to reenter.

Khamenei praised the Iranian nuclear negotiators for their “resistance” against what he said were excessive American demands. He said that the United States “broke its commitments and exited the JCPOA" and is now feeling “helpless and at a dead end.” He also said that US officials admitting the “maximum pressure” campaign of former President Donald Trump was a failure is an important victory that Iranian officials must not forget.

Khamenei added that Iran has been through many difficult moments and will get through this moment as well. He asked Iranian officials to not make their plans for the country contingent on the nuclear talks.

The Biden administration, with the upcoming midterm elections and a presidential election two years later, is hesitant to remove the IRGC from the FTO list. Iran, however, is insisting that all Trump-era sanctions be removed if Tehran is to return to full compliance with the JCPOA. As a result of the US exit, Iran has increased enrichment as well as used more advanced centrifuges, both limited under the JCPOA.

Another point of contention between Iran and the United States is the dual Iranian-American citizens held by Iran. Recently there had been reports confirmed by Tehran that Iranian money held abroad due to US sanctions would be released in a prisoner exchange, likely involving Morad Tahbaz, Baquer Namazi and Siamak Namazi. There have been no new updates on the story but Fars News did argue that Tahbaz's release should be part of an exchange for Iranian prisoners held in the United States.