Iran's comments came after US special envoy for Iran Robert Malley said a nuclear deal was unlikely without the release of four unjustly held Americans. 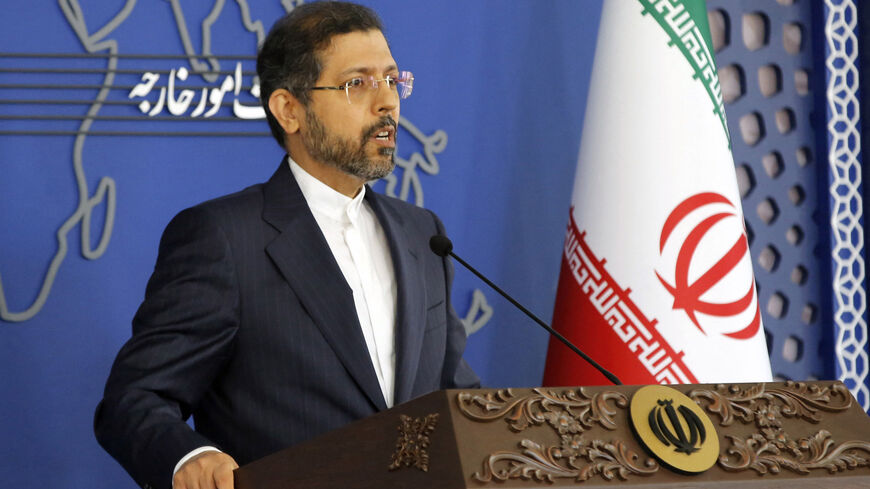 Iran ruled out a prisoner exchange as a precondition for a renewed nuclear agreement on Monday, a day after the United States suggested a swap would be a necessary part of any deal made with the Islamic Republic.

Iranian Foreign Ministry spokesperson Saeed Khatibzadeh told reporters on Monday that Iran’s negotiators have never accepted a prisoner exchange as a precondition for the nuclear talks, which are “complicated enough and shouldn’t be made more complicated.”

Khatibzadeh’s comments came a day after US special envoy on Iran Robert Malley suggested that a deal to revive the multilateral nuclear agreement, the Joint Comprehensive Plan of Action, was unlikely without the release of four US citizens held by Iran.

“It is very hard for us to imagine getting back into the nuclear deal while four innocent Americans are being held hostage by Iran," Malley told Reuters.

Washington is currently in indirect talks with Tehran over a return to the nuclear accord that President Donald Trump abandoned in 2018. The two sides have conducted separate, indirect discussions over the prisoners that Malley confirmed were ongoing.

On Monday, State Department spokesperson Ned Price denied that Malley’s comment indicated a change in the US negotiating position.

This is “not news to the Iranians,” Price said. “They have heard this position indirectly from us.”

Who are the Americans?

Iran is known to be holding four Iranian-Americans on vague spying charges that human rights groups describe as baseless. Siamak Namazi, a businessman, was detained days after the JCPOA was reached in 2015 and later sentenced to 10 years in prison on charges of cooperating with the US government.

His father, Baquer Namazi, a former Iranian provincial governor and UNICEF official, was detained while trying to visit Siamak in prison. After two years in the notorious Evin Prison, the senior Namazi was placed on a restrictive medical furlough. He remains barred from leaving the country, despite his ill health.

Morad Tahbaz, an Iranian-American environmental activist who also holds British citizenship, is serving a 10-year sentence for alleged collusion with the US government. Businessman Emad Sharghi was arrested in December 2020 and sentenced to 10 years in prison for espionage.

Rights groups accuse Iran of jailing dual nationals and foreigners to gain leverage for sanctions relief, the unfreezing of assets and other concessions from their home countries. According to the New York-based Center for Human Rights, Iran is holding at least 16 dual nationals and one foreign national.

Siamak Namazi is now the longest-held American prisoner in Iran. He was the only American of six not returned home as part of a detainee swap arranged by the Obama administration in 2016. Under Trump, Iran freed two Americans — Princeton graduate student Xiyue Wang and Navy veteran Michael White — but Iran refused to release the remaining dual nationals.

Babak Namazi told Al-Monitor in June 2021 that he worries his brother and father could again be excluded from another possible prisoner deal, asking, “Why were we left behind again and again and again? That’s a question we’ve had to ask ourselves.”

For more, check out Andrew Parasiliti’s podcast with Bijan Khajehpour, an Al-Monitor columnist who is related to Siamak. Khajehpour argues that a prisoner release is in Iran’s interest and could help establish better relations between Tehran and its diaspora.