The possible return of Iranian crude to global markets is a short-term concern for Gulf oil producers, which expect to be the last man standing in a decarbonizing world. 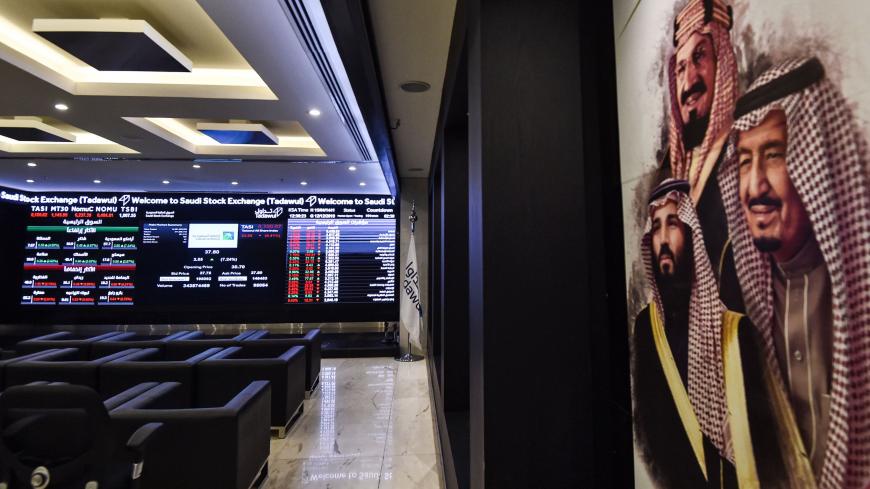 This picture taken Dec. 12, 2019, shows (L) a view of the exchange board at the Stock Exchange Market (Tadawul) bourse in Riyadh displaying Aramco shares on the second day of their trading, along with a poster depicting Saudi Arabia's founder King Abdulaziz ibn Saud (C), his son and current King Salman bin Abdulaziz (R), and the latter's son Crown Prince Mohammed bin Salman (L) on display. - FAYEZ NURELDINE/AFP via Getty Images

Oil market analysts believe US President-elect Joe Biden’s vow to reassess ties with Saudi Arabia over human rights concerns will not halt the kingdom’s oil exports to the United States, at least not anytime soon.

“I think Biden had to say those things because that is what the far-left progressive wing of his party believes,” said Robert McNally, president of Rapidan Energy Group and a former energy adviser to former US President George W. Bush.

The real challenge for the Gulf Cooperation Council (GCC) countries is expected to be Biden’s pledge to reenter the Iran nuclear deal — President Barack Obama's main legacy in the Middle East region that President Donald Trump described as “the worst deal ever.” Such a reversal could return Iranian crude to global markets.

“Iran is going to get to export 1.8 million barrels a day. Iran is the big winner,” McNally told Al-Monitor. When Trump withdrew the United States from the nuclear deal in May 2018, Iran’s oil exports stood at about 3% of global demand.

Still, Tehran’s return to international oil markets is uncertain: The Biden administration is likely to face pressure to impose new conditions while the Islamic Republic expects the United States to return to the nuclear deal without any.

“A change of heart with regards to the sanction policy could lead to a significant ramp up of production … which could be negative for prices,” Dmitry Marinchenko, Fitch Ratings’ lead oil and gas analyst in Europe, Middle East and Africa, told Al-Monitor.

A bearish trend would not bode well for Gulf economies that are already destabilized by the twin shocks of the COVID-19 crisis and low oil prices. In 2020 alone, large budget deficits are expected to increase GCC governments' debt by about $100 billion.

Stricter regulation on US shale oil

After his inauguration in January 2017, Trump said his administration would “embrace” the shale oil revolution, a type of oil extracted through hydraulic fracturing. In the two years that followed, Saudi oil exports to the United States decreased by 44% — nowadays, most oil tankers leaving Gulf ports sail eastward to supply Asian markets — despite Crown Prince Mohammed bin Salman and the kingdom's strong ties with Trump and his administration.

Biden, on the other hand, said his administration will ban new oil and gas permits on public lands and waters. Marinchenko said Fitch Ratings does not expect Biden to take “drastic steps such as fracking ban,” yet stricter regulations could possibly increase the market share of Gulf producers “at the expense of the US shale.”

Further regulations in US oil production are unlikely to significantly increase Gulf exports to the United States since American and GCC oils are of different varieties, said Robin Mills, CEO of the Dubai-based consultancy Qamar Energy. However, it would “reduce US exports and so limit competition, increasing prices,” the analyst told Al-Monitor.

Saudi political analyst Ali Shihabi told Al-Monitor he believes a Biden administration would be “less likely to so openly push for the interests of the US fracking industry and pressure Saudi to reduce production.”

In April, Trump aggressively lobbied top oil producers to agree on a historic output cut as the COVID-19 crisis halted economies around the world, decimating demand for oil and slashing prices — US oil prices tumbled into negative territory for the first time ever on April 20. “Why did he do that? To save the US shale sector,” McNally said.

Transition away from fossil fuels

The United States has reported 10.6 million infections since January, and getting the pandemic under control as well as leading an economic recovery would be the “most positive effect” of a Biden presidency on Gulf oil exports, boosting demand and prices, Mills said.

But beyond short-term moves, the greatest source of concern for Gulf exporters is Biden's pledge to accelerate the energy transition and make of the United States “the engine of the world’s clean energy economy” by investing $400 billion in clean energy research and innovation over 10 years.

Biden’s green plan pledged to rejoin the 2015 Paris climate agreement and ensure “100% of new sales for light- and medium-duty vehicles will be electrified” to reach net-zero emissions no later than 2050. According to the Energy Information Administration, transportation accounted for 68% of US petroleum consumption last year.

Yet, the prospect of a green revolution could suffer a setback if Republicans maintain their majority in the Senate. And as political pressure over climate change has mounted, some of the largest oil companies in the world worked for years with the Washington-based advisory firm FTI Consulting to influence public opinion, the New York Times revealed.

"The Stone Age did not end for lack of stone"

In the era of decarbonization, the Arab Gulf states, which have some of the lowest production costs in the world, bet on their ability to stay afloat long enough to drive out of the market high-cost producers and be the world's last man standing.

“I think the supply of oil outside the Gulf will fall faster than global oil demand,” said McNally, arguing Western producers will likely be pressured to comply with environmental, social and corporate governance best practices, thus restricting new investments.

Nevertheless, long-term trends indicate Gulf countries might be heading for troubled days anyway, as China also pledged to be carbon neutral by 2060. Ahmed Zaki Yamani, who served as Saudi Arabia’s oil minister from 1962 to 1986, once uttered, “The Stone Age did not end for lack of stone, and the Oil Age will end long before the world runs out of oil.”