The budget carrier flydubai will start flying to Israel's largest city later this month in the latest sign of deepening economic ties between Israel and the Emirates. 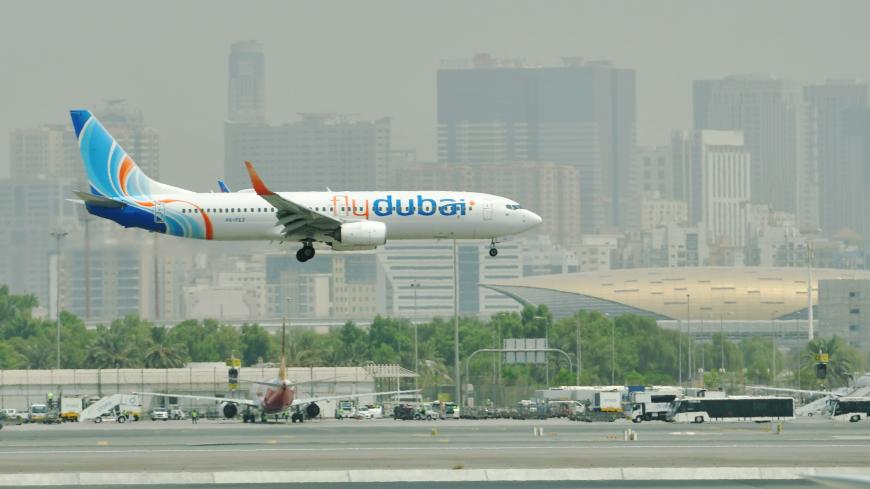 A Dubai-based airline announced Wednesday that it will soon start daily flights to Israel’s largest city, Tel Aviv. Economic relations between Israel and the United Arab Emirates continue to accelerate following their normalization deal in September.

The budget carrier flydubai will begin two daily flights between Dubai and Tel Aviv on Nov. 26, the airline said in a Wednesday press release. The flydubai website shows multiple roundtrip flights for around $220.

Israel and the UAE agreed to establish relations in September in Washington. The UAE is the first Gulf state to recognize Israel, and only the third in the Arab world to do so after Egypt and Jordan. The UAE’s Gulf ally Bahrain similarly established relations with Israel soon after the UAE. Ties between the Gulf and Israel have been warming for years, in part because of common concerns about Iran.

Emirati and Israeli businesses have demonstrated they are eager to cooperate since the normalization deal. Most recently, a kosher restaurant opened in Dubai geared toward Jewish Israeli tourists. The UAE also agreed to import wine from the Israeli-controlled Golan Heights, which prompted condemnation from supporters of boycotts of Israel.