Despite tension, Turkey attracts more Egyptians than ever

Istanbul has been a hot destination for Egyptians for many years and the trend is only increasing despite the tensions between the two countries. 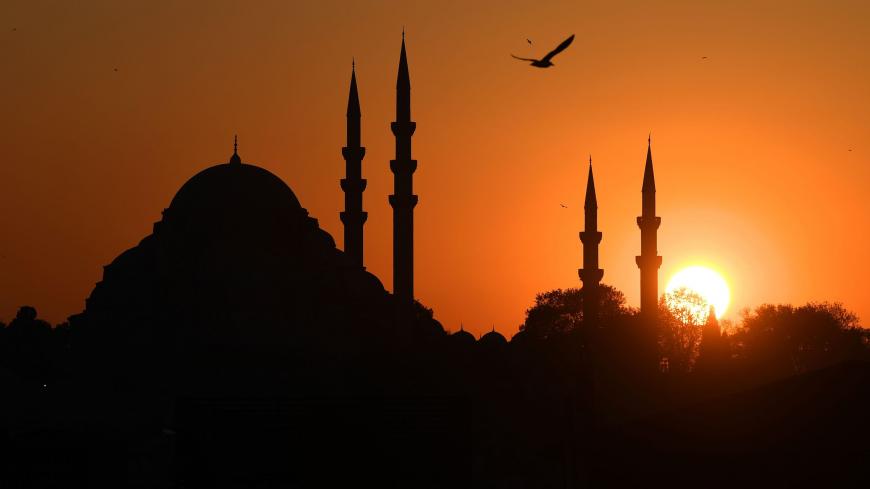 A sea gull flies over the Suleymaniye Mosque silhouetted during a sunset in Istanbul, Turkey, on Nov. 27, 2020. - OZAN KOSE/AFP via Getty Images

CAIRO — Istanbul has become a destination for many Egyptians since 2013, when many dissidents moved to the city. With the rapid transition to remote work due to COVID-19, another wave of Egyptians has come, even with tension between Cairo and Ankara at a peak.

Mostafa Habib, 27, an e-learning specialist, is among many Egyptians who moved to Istanbul this year. He arrived in October to join his wife Hana, who started a degree in Islamic art at one of the city's universities. They are planning to stay for the next five years.

Habib, who works remotely from their apartment, told Al-Monitor that they were drawn by the similarities between Istanbul and Cairo, saying, “The weather here is somewhat close to Egypt and their traditions are similar to ours.”

For the couple, the steps to moving to Turkey — from traveling there and applying to universities to residing in Istanbul — were “very smooth and much easier than Europe,” he said. “Also, knowing that universities here are highly ranked in Islamic art studies [is] particularly encouraging.”

According to a study published in Research in Comparative and International Education, Turkey is increasingly becoming a regional hub for foreign students. Their number in Turkish universities has increased by about 300% in the last 10 years.

“The geographical proximity and cultural, historical, religious and ethnic affinities” are among the reasons many academics came to the country to pursue their studies, according to the study.

Habib and his wife live in the historic Uskudar district, one of the busiest areas in Istanbul with a population of around half a million. When the couple tours the neighborhood, they usually hear the Egyptian dialect on the streets. “There are so many Egyptians living here. … I play football every week with Egyptians; I really don’t feel any homesickness,” he added.

The couple is among some tens of thousands of Egyptians who have left Egypt to live in Istanbul in recent years. “Living expenses [in Turkey] are reasonable, but maybe the only obstacle for me is the language because people don't speak English, so I usually ask my wife, who speaks Turkish, to accompany me wherever I go,” Habib said.

The Egyptian capital is slightly more expensive than Istanbul, with Cairo’s cost of living 1.16% higher.

Noha Ezzat, an Egyptian researcher specializing in Turkish affairs, told Al-Monitor, “A middle-class Egyptian would hardly navigate modern Cairo without a car due to weak public transportation. In contrast, Istanbul offers a strong public transportation network that is relatively cheap compared to owning a car in Cairo.”

Ezzat also pointed to the devaluation of the Turkish lira as a pivotal factor behind many Egyptians moving to Istanbul. The currency’s depreciation has made “spending on rent and transportation in Istanbul cost relatively less than Cairo for a middle-class Egyptian,” she added.

For Mai (not her real name), Istanbul was the ideal place to work. She speaks several languages, including Turkish, and she moved to the city to work in a tourism agency. “Life in Turkey is very similar to Egypt: The streets and cafes are as vibrant as Cairo. But Turkey has much better public services that make it a European country but with an Oriental flavor,” she told Al-Monitor.

Mai has encountered many Egyptians on the streets of Istanbul, including tourists, residents, workers and students. She said there is a large presence of Egyptian Islamists in the city, “but of course there are a lot of apolitical Egyptians too.”

According to Yasin Aktay, a senior aide to Turkish President Recep Tayyip Erdogan, there are between 10,000 and 15,000 Egyptians in Turkey, most of them in Istanbul.

After the Islamists were ousted in 2013 by Egypt’s general-turned-president, Abdel Fatah al-Sisi, Turkey strongly condemned the overthrow of the Muslim Brotherhood and provided shelter to many Islamists and dissidents.

Since then, relations have deteriorated between the two countries. Tensions began to escalate this year after Ankara's intervention in Libya and Egypt's signing of several agreements with eastern Mediterranean countries to counter Turkey's regional aspirations.

The dispute between Ankara and Cairo seems to have had no effect on the Egyptians in Istanbul. “The Turks I talk to usually say they are not interested in politics and governments are solely responsible for what happens,” said Mai. “Although the salaries are not high, the availability of many services makes living here comfortable.”

Ezzat, who lived in Istanbul for three months to study the Turkish language, said that many Egyptians living in Turkey are not integrated into society as well as they are in Anglo-American countries due to the language barrier (Turks commonly speak English as a second language) and “the closed nature of Turkish society.” She said that it's uncommon for them to develop friendships and other close relationships with local Turks.

Ezzat said that Egyptians see Turkey as “a convenient residence country but not a final immigration destination like the US or Canada," concluding, "Indeed, many Egyptians later move on to more affluent Western countries, considering Turkey merely a stop along the path to final immigration to Europe or America.”