Egyptian President Abdel Fattah al-Sisi hosted officials from Namibia and Zambia, who have expressed support for Egypt’s role in the African continent. 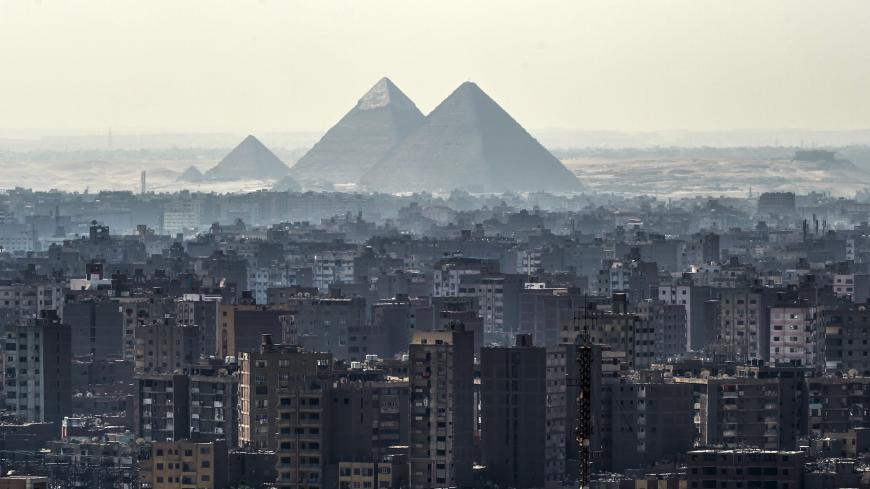 A picture taken on Feb. 28, 2018, shows a view of the Pyramids of Giza on the southwestern outskirts of the Egyptian capital Cairo. - KHALED DESOUKI/AFP via Getty Images

Nujoma praised Egypt’s role under Sisi’s leadership in supporting efforts to ensure peace and security in Africa and its commitment to the "Silencing the Guns in Africa by 2020” campaign launched by the African Union in 2013 to end wars and conflicts on the African continent.

Nujoma further stressed the importance of Egypt as a main player in joint African work and finding African solutions for African problems and different peace and security issues in the continent, according to a statement by Egyptian presidential spokesperson Bassam Radi.

Nujoma reiterated Namibia’s support for Egypt’s endeavors to resolve the Grand Ethiopian Renaissance Dam (GERD) crisis through negotiations, in a way that achieves the interests of the three countries involved — Sudan, Egypt and Ethiopia.

Sisi asserted Egypt’s eagerness for a binding legal agreement that ensures its water rights while meeting the growth ambitions of the other countries.

The Egyptian presidency stated in a Facebook post, “Sisi sends his greetings to his brother, President Lungu, and asserts that Egypt puts great importance on promoting its ties with Zambia in all sectors, mainly commercial exchange and investment, whether bilaterally or as part of the Common Market for Eastern and Southern Africa.”

According to the Egyptian presidency, Malanji said, “Zambia is looking forward to working with Egypt to face several challenges in the continent.”

Egypt is working to cement its relations with African countries to improve its image in Africa, protect its water interests and strengthen its position in the GERD affair. Egypt and Sudan have been engaging in laborious negotiations with Ethiopia regarding the GERD for about a decade to reach an agreement on operating and filling the dam, which Egypt considers a major threat due its impact on its share of the Nile water.

Egypt also has a problem with the Entebbe Agreement that six upstream countries signed with Ethiopia in 2010. Egypt and Sudan reject it for not recognizing their historical water shares.

Egyptian politics toward Africa have changed since Sisi took office in 2014, and he has attended all regular and semi-annual African summits since 2014. Egypt even took the helm of the African Union six years after the suspension of its membership in July 2013.

A high-ranking Egyptian government official who wished to remain anonymous told Al-Monitor, “Egypt is building ties with African countries, especially in the Nile Basin, based on comprehensive development rather than focusing only on water resource development or water cooperation.” The official, who has been participating in the GERD negotiations for years, said, “Building trust with African countries boosts cooperation that results in the desired results in the water affair.”

He added, “Encouraging Egyptian investment in Africa and agricultural and commercial exchange among African countries is the easiest way to solve the water negotiations.”

Since 2018, Egypt has been building a massive dam on the Rufiji River to generate hydroelectric power in Tanzania at a capacity of 2,115 megawatts and a cost of $2.9 billion.

In Ghana, EgyptAir signed at the end of October a memorandum of understanding to establish a national airline in Ghana through joint investments from Ghana and Egypt.

Abbas Sharaqi, a professor at the African Institute for Research and Studies at the University of Cairo, said that Egypt is trying to strengthen and restore its ties with all African countries, not just those in the Nile Basin.

He told Al-Monitor, “Several African countries need essential development and infrastructure, and this is a golden chance for Egypt to boost its economic presence there. When relations are founded on political objectives alone, they become weak. Economic foundations strengthen and support relations.”

He noted, “Namibia and Zambia have a say at the United Nations, and Egypt might need them to support its stance in the GERD issue if it is referred to the Security Council once again.”

Mukhtar Ghobashi, the deputy head of the Arab Center for Political Studies, said that Cairo has made great strides in restoring its relations in Africa since the failed assassination attempt of former Egyptian President Hosni Mubarak in Addis Ababa in 1995. Yet he believes that Egypt faces serious competition in the African market from many regional and international powers such as China, Turkey and France.

He told Al-Monitor, “The support announced by African countries like Namibia for the Egyptian position in the GERD negotiations will not discourage Ethiopia. They are nothing but moral or ethical support for Egypt.”

The last round of the GERD negotiations ended on Nov. 19 with an agreement to continue the negotiations for the next 10 days at the request of the South African foreign minister, who is the current chair of the AU.

Sudan boycotted a new round of talks on Nov. 21, calling on the AU experts to have a greater role in settling the dispute. The meeting was held in the presence of the Ethiopian and Egyptian irrigation ministers and representatives of the AU, the United States and the European Union, according to a statement by the Egyptian Ministry of Irrigation. Egypt expressed hope for the resumption of negotiations in the presence of Sudan as one of the three countries concerned in the GERD dispute. The participants agreed to draft their own vision of the negotiation track and send it to the AU.

Rakha Hassan, a member of the Egyptian Council for Foreign Affairs, said that the AU-sponsored negotiations ongoing for more than three months have not yielded any positive results amid Ethiopia’s stubbornness and South Africa's inaction.

Hassan told Al-Monitor, “It is unlikely that South Africa will achieve a breakthrough in the negotiations, with the end of its AU presidency nearing at the end of February, in light of the recent developments and the conflict in Tigray.” 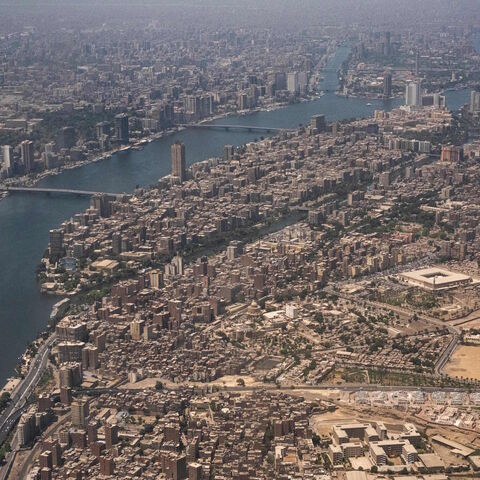 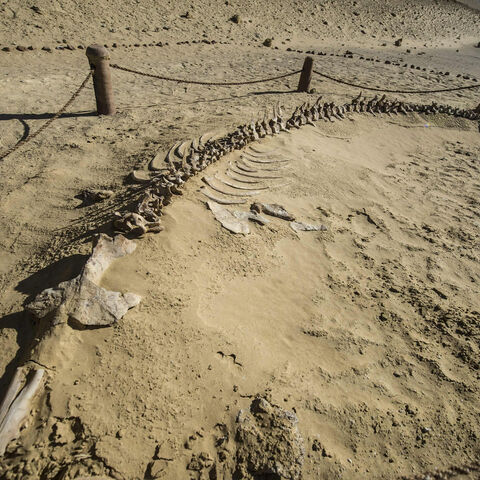 Did whales originate in Egyptian waters?