Algerians took to the polls on Sunday to vote in a referendum that has introduced presidential term limits and other changes to the constitution. 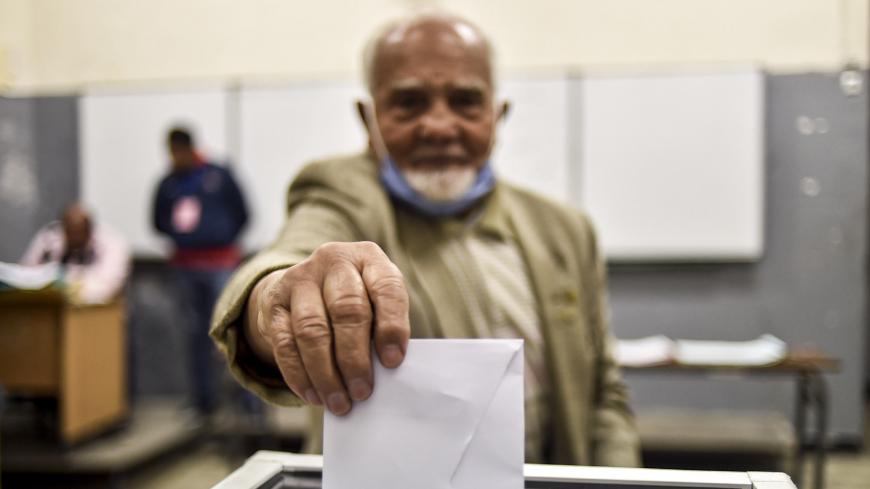 A man casts his vote just before polls close at a polling station in Algeria's capital Algiers on Nov. 1, 2020, during a referendum on a revised constitution. - RYAD KRAMDI/AFP via Getty Images

The National Independent Elections Authority said on Monday morning that the new constitution passed with 66.8% of the vote. But with just 23.7% of eligible voters showing up to the polls on Sunday, analysts say the historically low voter turnout could undermine the legitimacy of the revised constitution.

Changes to the constitution include limiting presidents to just two terms in office, the creation of an anti-corruption body and a 30-day limit on state-of-emergency decrees.

The voting took place on Nov. 1, a day that commemorates the start of Algeria’s 1954-1962 war for independence from France. Seizing on the timing, one campaign slogan was “November 1954: Liberation. November 2020: Change.”

Algerian President Abdelmadjid Tebboune had framed the referendum as an answer to the massive protest movement that forced his predecessor, Abdelaziz Bouteflika, and other members of the ruling elite out of office last year.

Since his election in December 2019, Tebboune has vowed to end rampant government corruption and introduce sweeping political reforms. But many protesters called for a boycott of the vote, saying the constitution’s changes fall short of what’s needed to turn the country around.

The 75-year-old leader is currently hospitalized in Germany following reports that several aides close to him tested positive for the novel coronavirus. The US State Department said in a statement on Monday that it wished Tebboune “a speedy and full recovery.”

“President Tebboune is a friend of the United States,” said spokesperson Cale Brown. “US-Algerian relations are longstanding, deep and growing stronger, and we look forward to continuing to work with President Tebboune, his government and the Algerian people.”

Tebboune’s office has not said whether the president himself tested positive for COVID-19. Since Algeria’s first case in February, health officials in the North African county have registered more than 55,000 cases and nearly 2,000 deaths from the virus.