Nobel laureate Nadia Murad described him as "a beacon of light." 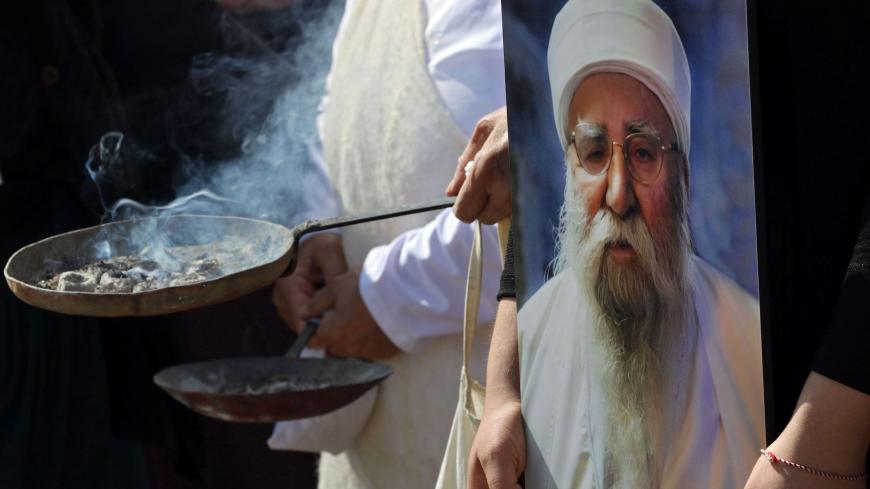 Members of the Yazidi faith are mourning the loss of Baba Sheikh Khurto Hajji Ismail, the spiritual leader of their ancient religious minority.

Baba Sheikh died Thursday at the age of 87 from health complications, his office said. He was hospitalized on Tuesday in Erbil, the capital of Iraqi Kurdistan, for kidney and heart issues.

The Yazidis are a mainly Kurdish-speaking minority whose religion combines elements of Christianity, Zoroastrianism and Islam and features a fallen angel as its central figure.

The Islamic State, which considered the Yazidis devil worshippers, overran their ancestral homeland of Sinjar in August 2014. The group killed thousands of Yazidi men and kidnapped more than 64,000 women and children in what the United Nations would later call a genocide.

More than 2,800 of the women and children taken captive in August 2014 remain missing, with many feared dead. Those who survived now live in camps scattered along northern Iraq, trapped in poverty.

Nobel Peace Prize laureate Nadia Murad, who survived captivity by the group, described Baba Sheikh as a “beacon of light” during a dark chapter in Yazidi history.

“The Yazidi spiritual leader embodied our values of wisdom, kindness & tolerance. He led the community by example & treated Yazidi survivors with love & respect. He will be forever missed,” she tweeted.

“Baba Sheikh will be remembered in our history as one of the most important leaders of the [Yazidis],” the advocacy group Free Yezidi Foundation wrote in a statement. “His office has worked hard to help [Yazidis] maintain their identity despite the struggles and challenges our people face.”

Iraqi President Barham Salih described Baba Sheikh as "one of the symbols of tolerance and coexistence in the country" and the US State Department’s Bureau of Near East Affairs expressed sadness at his death.

The Yazidis’ secular leader, Prince Tahseen Said Ali, died in a German hospital in January at the age of 85. His son Hazem Tahsin Bek, a former member of the Iraqi Kurdish Parliament, took his place in July.