Libya has lost $180 billion in oil revenues since 2013, according to the Tripoli-based central bank. 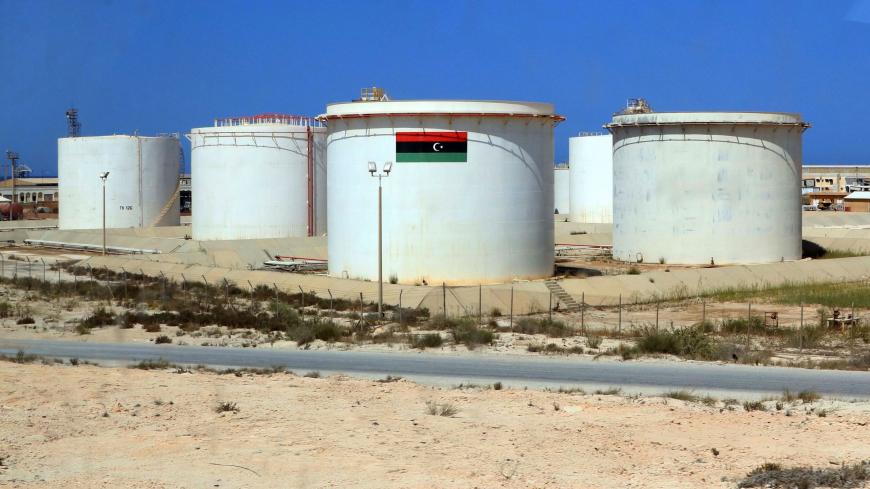 A picture taken on Sept. 24, 2020, shows a partial view of the Brega oil port west of Benghazi, Libya. - AFP via Getty Images

The near halt of Libya’s oil production and exportation amid the civil war could cause the country’s economic collapse, the head of the Tripoli-based Central Bank of Libya warned on Tuesday.

Al-Saddiq al-Kabir told Tripoli’s parliament that shutdown of the country’s oil production and exportation since 2013 has cost Libya some $180 billion in losses, which he called “a bullet in the head” to the country’s economy.

Gen. Khalifa Hifter, leader of the rival military forces of eastern Libya, halted oil operations in areas under his control in January.

Hifter’s blockade has cost Libya at least $9 billion in revenue, the Tripoli-based Central Bank said last month. The country is currently producing roughly 120,000 barrels per day, compared to more than a million before the blockade began in January.

Hifter-aligned forces control a majority of the country’s oil-producing territory but his side cannot access petroleum revenues, which are managed by the National Oil Corporation via the central bank in Tripoli.

Libya has been racked by warfare since the overthrow of longtime dictator Moammar Gadhafi in 2011 by a popular uprising aided by NATO air power.

Last April, Hifter made a push to seize Tripoli, the seat of Libya’s UN-backed government. Hifter and the Tobruk-based government with which he is affiliated have received support from Russia, the United Arab Emirates, France and Egypt.

Turkey’s deployment of armed drones, military advisers and Syrian mercenaries is believed to have helped turned the offensive back on Hifter’s forces.

The United States and United Nations are leading a push to solidify the a quiet along the Sirte-Jufra line in an effort to establish a lasting cease-fire in the country.