Tripoli's parliament says it is not on board with a deal struck with with Hifter's son in Russia last week. 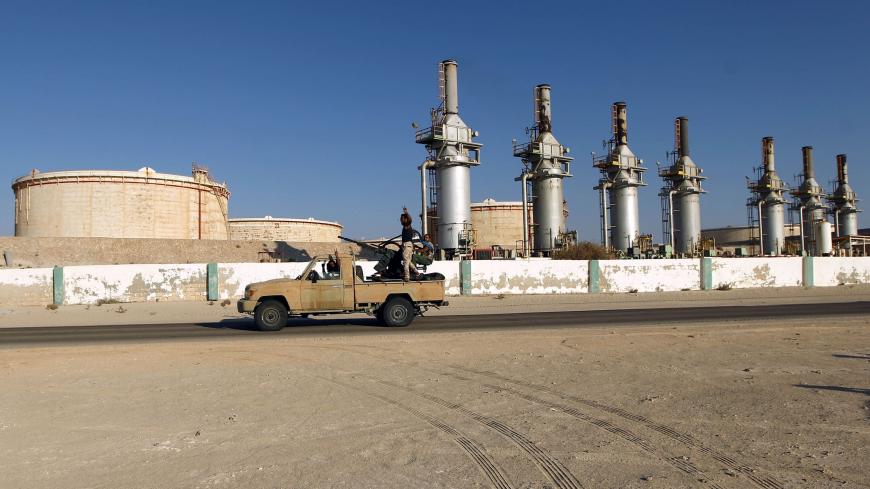 The Tripoli-based NOC announced on Saturday it was lifting the force majeure for oilfields and ports where militia fighters and Russia’s Wagner Group paramilitary units were not present.

"Our main concern is to start production and exports, taking into account the safety of workers and operations as well as preventing any attempts to politicize the national oil sector," NOC chairman Mustafa Sanallah said in the statement.

Hifter said the blockade would pause for one month, but not say whether military forces aligned with his side would leave the facilities they occcupy.

Why it matters:  The move is a small but potentially significant step toward eventually resolving Libya’s conflict.

The NOC, which has worked with the United States and United Nations on efforts to restore Libya’s oil production, initially blasted Maiteeq’s move as “unauthorized.”

The agreement came roughly a week after the US Embassy in Libya said Hifter had committed to lift his side’s blockade on oil production and exports, in place since January that cost the country billions in lost revenue.

Moscow, which along with the United Arab Emirates backs Hifter militarily and financially, praised the agreement in Sochi. OPEC member Libya put out more than 1.2 billion barrels per day until Hifter shut down most of the country’s production early this year, according to Bloomberg.

What’s next:  Sharing oil revenues again through the Tripoli-based NOC is seen as a key trust-building measure that could potentially lead to future joint security arrangements in contested areas like the coastal city of Sirte.

But there’s a catch: Prime Minister Fayez al-Sarraj of the Tripoli-based parliament has rejected Maiteeq’s agreement in Sochi.

"Decisions concerning the Libyan wealth must be in the hands of the legitimate authorities and not others," Tripoli’s House of Representatives reiterated on Monday, according to The Libya Observer.

Moreover, the NOC says it will not lift the force majeure on facilities occupied by Russia’s Wagner Group paramilitary fighters, and so far Russia has made no public indication it would leave the fields. Russia denies it has fighters in Libya at all.

Know more:  With Tripoli’s counteroffensive against Hifter stalled, Libya appears to be at yet another turning point.

In addition to Hifter’s lifting of the blockade, the NOC’s relief of the force majeure, and a cease-fire that the US military recently said still holds, both Sarraj and eastern Libya’s Prime Minister Abdullah al-Thani have declared their intent to resign following popular protests on both sides, Al-Monitor’s Diego Cupolo reports.