Bisher Al Khasawneh's government will also oversee the Nov. 10 elections in the country. 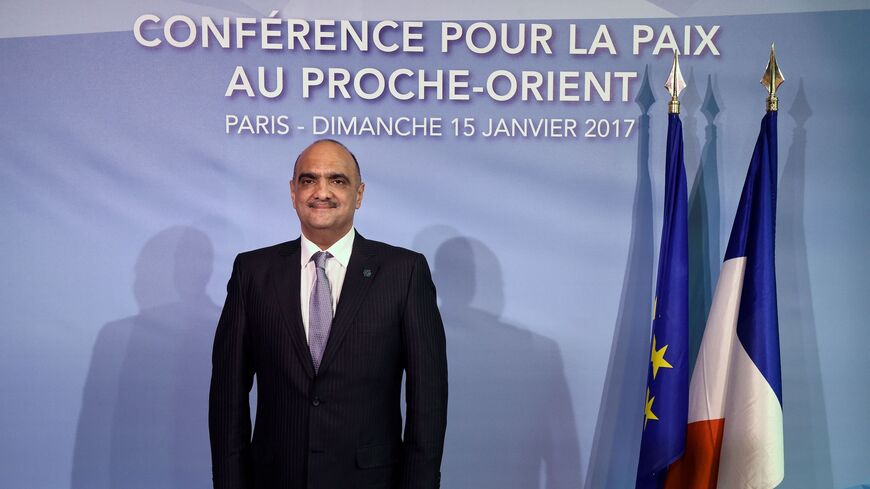 Jordan's Foreign Minister Bisher al-Khasawneh poses as he arrives for the Mideast peace conference in Paris on Jan. 15, 2017. - BERTRAND GUAY/AFP via Getty Images

King Abdullah II of Jordan has appointed a new prime minister. The head of government will focus on combating a massive increase in COVID-19 cases and addressing the struggling economy in the Hashemite Kingdom.

Bisher Al Khasawneh took the oath of office on Monday, the state-run Jordan Times reported. Kasawneh will also serve as minister of defense and some members of his cabinet were sworn in by the king the same day. Other ministers, including Minister of State-designate Mahmoud Kharabsheh, will be sworn in at a later time due to their contraction of the coronavirus, according to the outlet.

The government of former Prime Minister Omar Razzaz resigned last week as its term was scheduled to end. The king called for the current government to stay in office through the Nov. 10 parliamentary elections in the country.

Lately the government has been largely focused on the COVID-19 pandemic amid a major outbreak. On Tuesday, the government announced a fresh “total lockdown” for Friday and Saturday throughout the country. Jordan also signed an aviation agreement with Israel this month that allows each country to fly over the other’s airspace.

Khasawneh’s government pledged to take a “transparent, science-based approach” to the virus and also said it would focus on unemployment and poverty, according to Jordan Times. The Jordanian economy has suffered amid the country’s harsh anti-virus measures including business closures.

Some Jordanians are dissatisfied with the historically high unemployment and the government’s handling of the crisis. Many plan to boycott the November election.