Most civil servants had not worked since March due to anti-virus measures. 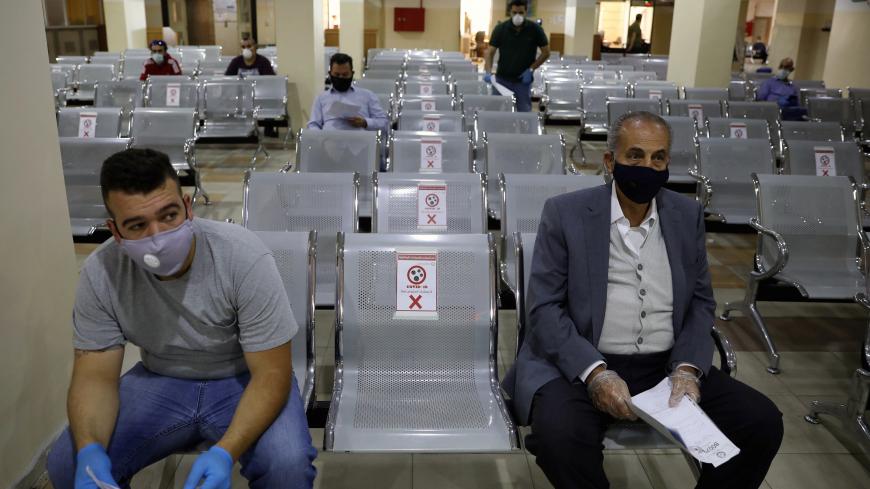 People wearing protective face masks wait to complete their transactions in the Civil Status Department after Jordan's public sector employees returned gradually to work, two months after they were ordered to stay home as part of a tight lockdown to stem the spread of the coronavirus in Amman, Jordan, May 26, 2020.

Most civil servants in the Hashemite kingdom had not been working since March due to measures imposed by the government to stem the spread of COVID-19. Around 60% returned today in what will be a gradual resumption of government offices’ work, Reuters reported.

Jordan instituted a strict lockdown in March, with stay-at-home orders and only essential businesses and government agencies remaining open to combat the coronavirus pandemic. The country's borders and the international airport in Amman were closed.

Last month, Jordan began opening back up, allowing businesses and civilian movement to resume. Like in other places, the anti-virus restrictions damaged the economy in Jordan. The country has better services and security than many of its neighbors, but residents have long been frustrated with the cost of living. Jordan also is not rich in natural resources.

Jordan has had some of the lowest numbers of confirmed COVID-19 cases in the Middle East. There were 718 cases as of today, according to The Jordan Times.

The country is still in the process of bringing back citizens stranded abroad. Jordanians returning to the country must go through a 17-day quarantine at designated locations near the Dead Sea, according to the news outlet.