Jordanian citizens and shops launched a campaign to boycott French products in response to what they deemed as an “insult” on the part of the French president to the Prophet Muhammad by supporting the publication of cartoons. 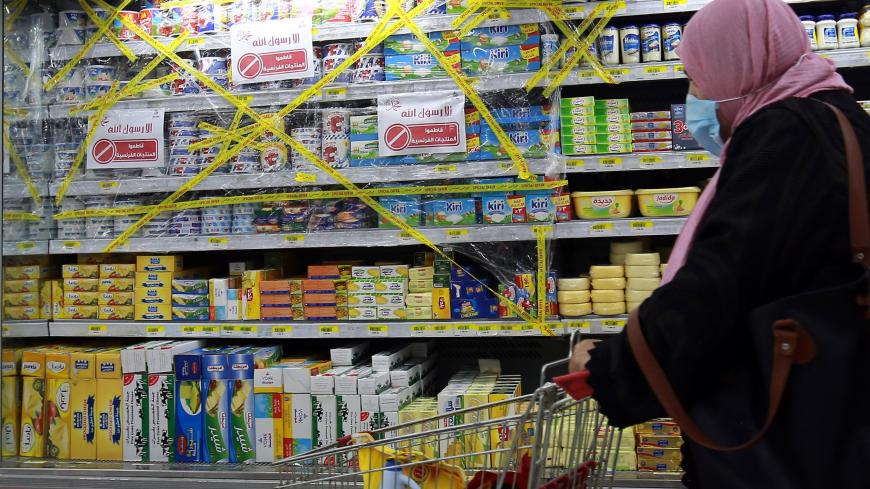 A shopper walks past French products hiding behind a plastic cover at a shelf in a supermarket in the Jordanian capital, Amman, during a boycott of French products on Oct. 26, 2020. Calls to boycott French goods are growing in the Arab world and beyond, after President Emmanuel Macron criticized Islamists and vowed not to "give up cartoons" depicting the Prophet Muhammad. - KHALIL MAZRAAWI/AFP via Getty Images

Jordanian shops launched Oct. 25 an online campaign aimed at boycotting French products in response to offensive caricatures of the Prophet Muhammad. Large stores have taken French milk, cheese and other products off their shelves.

Ahmed Aqrabawi, the owner of the Al-Aqrabawe hypermarket chain, posted videos and photos showing him emptying his store shelves of dozens of varieties of French products.

On Oct. 21, Macron said his country will not “renounce” cartoons and caricatures even if they offend some. His statements came during a ceremony in memory of Samuel Paty, a teacher who was beheaded in Paris after showing offensive caricatures of the Prophet Muhammad to his students, among whom were some Muslims, during a class on freedom of expression.

Kareem Hypermarket, one of the largest shopping centers in Jordan, joined the campaign and announced on its Facebook page, “All French goods have been withdrawn from all Kareem Hypermarket branches in support of the holy Prophet Muhammad, peace be upon him.”

Yasser Mall also decided to boycott French products and take them off its shelves.

Meanwhile, Jordanians launched a hashtag that translates into “boycotting French Products,” calling for a boycott of French fuel stations, shops and food items. They also demanded that the French ambassador in Amman be summoned and delivered a protest note.

The Amman Chamber of Commerce said the boycott campaign is becoming increasingly tangible in many stores across Jordan. It denounced what it described as the irresponsible statements issued by the French president.

He added, “The French president’s statements on Charlie Hebdo whereby his country will not give up the cartoons offending the messenger [Muhammad] and posted on the facades of buildings in several French cities, especially in Toulouse and Montpellier, are inappropriate for a head of state. The offense to the Prophet Muhammad is an ongoing aggression against the feelings of Muslims around the world and an unjustified provocation.”

Several traders told Al-Monitor on condition of anonymity that the boycott is useless as it harms Jordanian merchants who have imported and stored products in their warehouses. Jordanians working in companies that hold franchise rights for French companies such as Carrefour (the United Arab Emirates' Al-Futtaim Group owns the Carrefour franchise in the region) will feel the heat, the traders said.

The French Embassy in Jordan said France is one of the largest investor countries in Jordan, with a volume of about 2 billion euros  $2.34 billion) in the sectors of water, communications, energy, infrastructure and airports, among others, and French investments in Jordan employ about 7,000 people of various specialties.

Sahem Abadi, a journalist who is among those who launched the boycott campaign, told Al-Monitor, “French companies in Jordan and holders of franchise rights should issue a statement condemning this crime. Chief among these are Orange, Carrefour and Total.”

He said, “Civil society organizations are required to condemn this attack on Islam and Muslims.”

The Muslim Brotherhood branch in Jordan as well as union members, formed a human chain in front of the French Embassy in Amman on Oct. 27 to call on Macron to “backtrack on his aggressive rhetoric against Muslims.”

The participants stood meters away from the embassy as the security forces prevented them from advancing, and they loudly chanted religious prayers glorifying the Prophet Muhammad.

Muslim Brotherhood spokesman Moaz al-Khawalda told Al-Monitor, “Today, through this chain, we call on the French government to backtrack on its aggressive rhetoric and to apologize for the offenses committed against the Islamic nation, as these only fuel extremism and incite hatred among peoples.”

“This aggression against the Islamic nation stems from hidden hatred and hateful racism. The hate speech, contempt for religions and insults to the faith of the Islamic nation and its pure symbol, our Prophet Muhammad, cannot be considered as part of what is called freedom of expression,” he added.

However, former Minister of Political Development Nofan al-Ajarmah called for a different method of protest. He told Al-Monitor, “We must enter into dialogue with them [the French] with the same logic regarding the current hot issues, such as the offensive drawings, among other issues of Islamophobia. We should inform them that their goods have been returned to them.”

“We should deliver a rational speech to the French Embassy in Amman bearing the hadith of our greatest prophet, Muhammad, peace be upon him, ‘I was sent to perfect good character,’” Ajarmah added.

On Oct. 27, two Jordanian lawyers, Hussein Abu Marar and Amer Ghazal, submitted to the attorney general a book requesting the prosecution of Macron after he and his country insulted the Prophet Muhammad. The book referred to the accusation made against Macron of committing a crime in violation of Article 273 of the Penal Code by mocking the feelings of Muslims and disdaining their religious beliefs.

Jordanian Foreign Minister Ayman Safadi informed French Ambassador to Jordan Veronique Folland on Oct. 26 that the kingdom is against “the continued” publication of cartoons insulting the Prophet Muhammad as this “hurts the feelings of some 2 billion Muslims across the world.”

According to a Foreign Ministry statement cited by the Jordan Times, Safadi expressed his country’s “utter resentment at the republishing of these cartoons. ... Offending religious symbols and sanctuaries fuels hate speech, violence, extremism and terrorism that Jordan denounces.”

“A complaint has been submitted and an investigation has begun. The embassy is following up on the situation with the competent French authorities,” the embassy added. 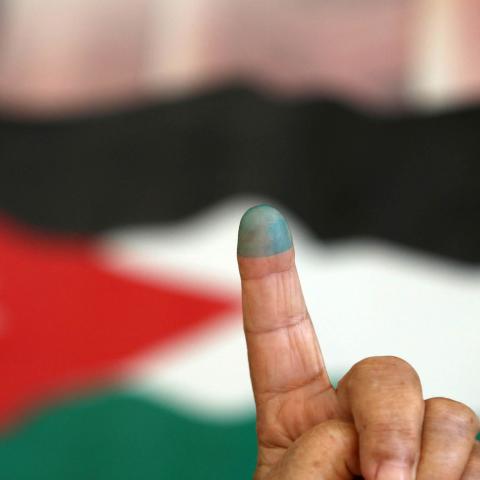