A top Israeli delegation's visit to Sudan could mean that the rapprochement process is moving quickly and the establishment of diplomatic ties is imminent. 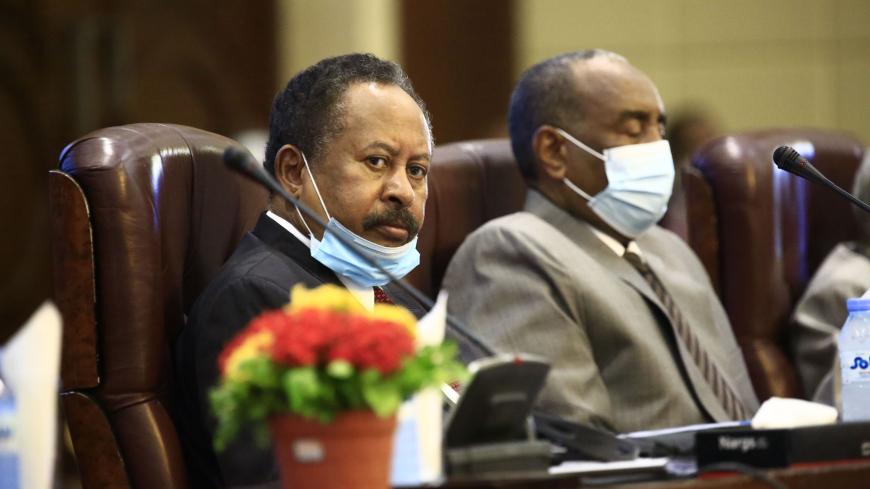 A senior Israeli delegation including the acting director of the prime minister's office, Ronen Peretz, and Prime Minister Benjamin Netanyahu’s envoy to the Arab world, a former Shin Bet senior identified only as “Maoz,” visited Sudan yesterday. Two American officials — senior director at the State Department Miguel Correa and senior adviser at the US Embassy in Jerusalem Aryeh Lightstone — were also on board. The delegation reportedly met in Khartoum with Abdel Fattah al-Burhan, the chair of the Sovereignty Council of Sudan, and other Sudanese officials.

The delegation flew on Wednesday morning on a private jet directly from Tel Aviv to Khartoum, the second such flight known to have taken place. The first Tel Aviv-Khartoum flight happened last May, when Israel sent doctors to help treat a senior Sudanese official instrumental in rapprochement efforts between the countries.

Israel’s Foreign Ministry did not confirm the flight or the delegation, but the team reportedly discussed normalization and an announcement on the topic might be made as early as Friday or during the coming weekend.

On Oct. 19, US President Donald Trump tweeted, "GREAT news! New government of Sudan, which is making great progress, agreed to pay $335 MILLION to U.S. terror victims and families. Once deposited, I will lift Sudan from the State Sponsors of Terrorism list. At long last, JUSTICE for the American people and BIG step for Sudan!" Two days later, Secretary of State Mike Pompeo said that the administration has started the process of removing Sudan from the list of state sponsors of terrorism and that he hopes Sudan will recognize Israel in the very near future.

Several reports in recent weeks indicated Sudan’s willingness to recognize Israel and establish diplomatic ties, but it seems that the country's leaders would like to disconnect its removal from the blacklist of countries from the rapprochement issue. The US administration, on the other hand, is eager to accomplish both before the Nov. 3 election.

According to Israel Hayom, an announcement on diplomatic ties is imminent, following an expected phone call between Trump and Burhan. The general and other military figures seem to be the engine driving the rapprochement, while Prime Minister Abdalla Hamdok reportedly believes such a move would be premature.

Earlier on Wednesday, Regional Cooperation Minister Ofir Akunis said on Army Radio, "I have a reasonable basis to believe that the announcement will come before Nov. 3 — that, if you'll permit me, is what I understand from my sources." Intelligence Minister Eli Cohen said in another interview that he believes Israel is close to normalizing ties with Sudan.

A month ago, a petition submitted to the High Court against the expulsion of Darfur refugees offered a clue that rapprochement might be imminent. The state asked for the court to postpone its ruling on the issue by three months. It presented to the court evidence of diplomatic contacts, reasoning that diplomatic developments could impact the issue of Darfur refugees in Israel.