It is difficult to understand why the Israeli authorities are recruiting ex-Shin Bet analysts to participate in an information campaign planned to combat the coronavirus in the Israeli-Arab community. 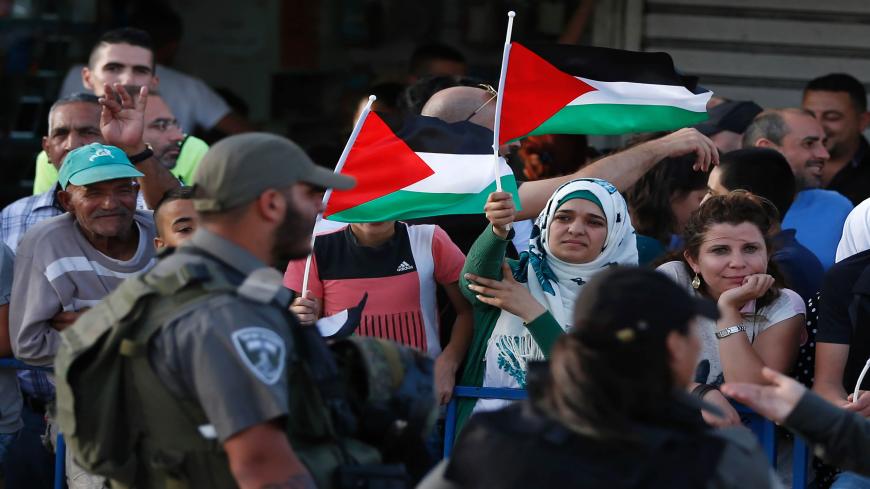 Palestinian demonstrators are separated by Israeli police barriers from Israelis celebrating Jerusalem Day, which marks the anniversary of the "reunification" of the holy city after Israel captured the Arab eastern sector from Jordan during the 1967 Six-Day War, outside Damascus Gate, Jerusalem, June 5, 2016. - AHMAD GHARABLI/AFP via Getty Images

Journalist Yoav Etiel reported Oct. 4 on the Walla! News website that the Israel Defense Forces' Home Front Command is recruiting “experienced” former Shin Bet operatives “who specialized in the Arab-Israeli community,” to participate in an information campaign planned to combat the coronavirus in the Arab community. According to the official announcement, “The campaign will be charged with formulating a status report for each of the different sectors of the population in order to help the relevant divisions in the Home Front Command develop appropriate courses of action and formulate messages targeting these specific communities."

This remarkable statement certainly raises some questions. For example, why would the Home Front Command not approach actual Arab citizens in its search for candidates with the requisite skills, as well as familiarity with the Arab community? Why would it prefer, instead, to turn to former members of the Shin Bet, an organization that has nothing to do with civil affairs in the Arab society — an organization whose very mention evokes negative connotations among the Arab population? After all, the Shin Bet is an internal security agency that closely identifies with the tracking and tailing of Arab citizens, whom it sees as posing a potential threat to the country. On a more mundane level, it is responsible for the humiliation that Arab citizens undergo at Ben Gurion airport, as reported in an earlier article. Why, then, would the Home Front Command insist on relegating responsibility to former members of the Shin Bet? Is this some covert attempt by Israel to exploit the coronavirus to collect intelligence about its Arab citizens?

An IDF spokesperson told Al-Monitor, “The IDF and the Home Front Command consider the fight to prevent the spread of the coronavirus to be a national mission of the highest priority, and are therefore doing whatever is necessary to help. The IDF does not engage in tracking Arab citizens, nor does it infringe on their privacy. So far, it has recruited approximately 200 people, including analysts, media figures, creative talents and speakers of various languages to engage in this information campaign.”

A more comprehensive picture was provided by a source in the Home Front Command in a conversation with Al-Monitor. The source said on condition of anonymity, “The underlying goal in the recruitment of former members of the Shin Bet is to find analysts to process data. So far we have eight such analysts, of whom only four are former Shin Bet agents. Furthermore, our analysts work on data from other sectors of the population, and not just the Arab sector.” When asked whether the Shin Bet is the only group capable of analyzing and processing the relevant data, he responded, “It is a well-known fact that the Shin Bet has the highest quality individuals engaged in this. The purpose here is to help. It is not to keep tabs on citizens.”

Of course, it is a given that every high-tech company employs analysts, and plenty of high-tech staffers come from the Arab community. Why, then, didn’t the Home Front Command turn to them as well, preferring instead to use former members of the Shin Bet exclusively? Only the IDF knows the answer to that.

What does Ayman Saif, head of the coronavirus general staff for the Arab community, have to say about this? In a conversation with Al-Monitor he was unequivocal, saying, “Of course I am opposed to it. There are enough public relations firms and advertising agencies in the Arab community that can provide professional services to get information out.”

Knesset member Ahmad Tibi, head of the Arab Joint List party Knesset faction, told Al-Monitor, “It’s scandalous. It is now 2020. The military government ended ages ago. Anyone who makes a decision like that is stupid, arrogant and racist. It is a decision based on the stereotype that Arabs always constitute a security threat to the country. I appealed to Defense Minister [Benny] Gantz to put an immediate end to it.”

In addition to this letter by Tibi to the minister of defense, Adalah - The Legal Center for Arab Minority Rights in Israel, sent a letter to Prime Minister Benjamin Netanyahu, State Attorney General Avichai Mandelblit and the Chief of Home Front Command Uri Gordon, demanding that they put an immediate halt to the recruitment of former members of the Shin Bet by the Home Front Command, “with the goal of collecting intelligence about Palestinian citizens of Israel as part of its efforts to fight the spread of COVID-19.”

The idea of recruiting former Shin Bet agents to collect and process information and develop information strategies to fight the coronavirus shows how blind and insensitive the IDF and Home Front Command really are in dealing with this crisis.  Even if their intentions are good, it must be remembered that the very term “Shin Bet” evokes feelings of revulsion among the Arab population. As such, engaging the Shin Bet could do more harm than good, if only because Arab citizens could stop cooperating with the Home Front Command entirely. This would result from fear that there is a hidden agenda behind the help that they are offering, and that they are collecting intelligence about the population, instead of just focusing on the virus.

In a conversation with Al-Monitor, Attorney Malek Bader, former chairman of the Association of Druze Local Authorities, said, “It would be best if this stopped immediately. I am not a big fan of conspiracy theories, and I don’t want to believe that there is some hidden agenda behind this. On the other hand, this is an anti-democratic move that verges on racism. The recruitment of former Shin Bet agents to collect information about citizens is very disconcerting. Most of all, it testifies to the current government’s attitude toward the Israeli-Arab population."

What do former members of the security forces have to say about all this? The former deputy head of the Mossad, Knesset member Ram Ben-Barak of Yesh Atid-Telem told Al-Monitor, “Anyone who starts collecting intelligence about citizens of a certain religion will transition quickly to collecting intelligence on left-wing demonstrators, and from there on everyone else. When will the country’s leadership realize that Israeli citizens have the same rights, no matter who they are, and that they are subject to the same laws? Stop now, before it is too late!”

This could be the Home Front Command’s biggest missed opportunity. Sure, they can spend a week explaining that they are recruiting Shin Bet agents to process information and develop an information campaign. The fact is that no one is buying it. Maybe they should focus first on explaining these steps, before attempting to improve COVID-19 information measures within the Arab community. 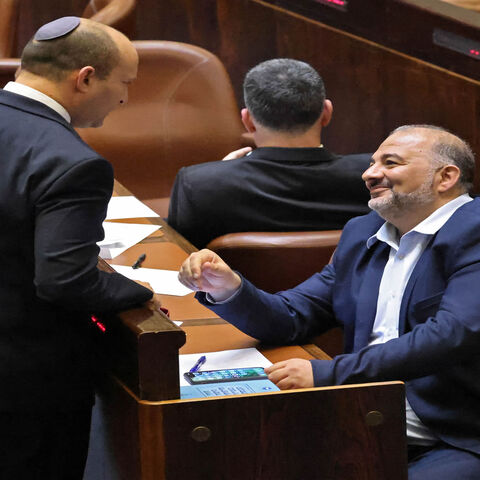 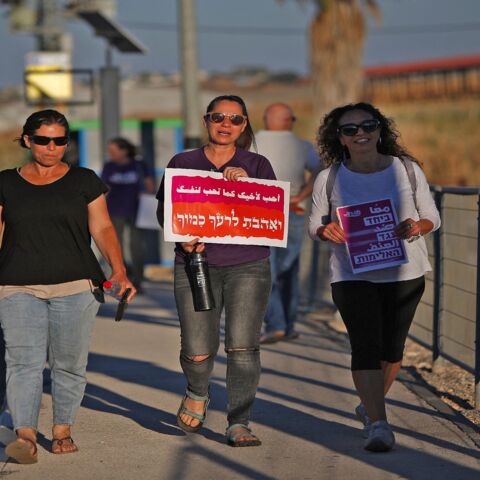 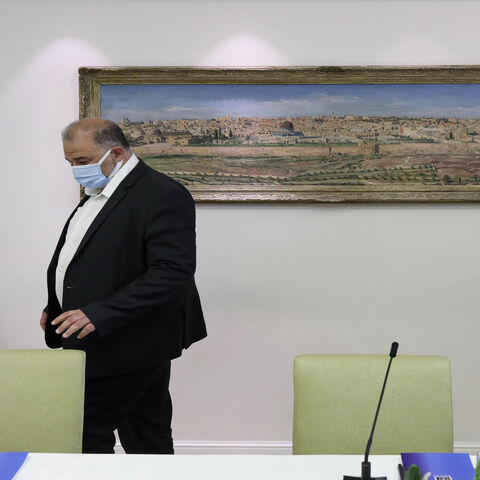