In a bold move, Israel has signed a series of contracts with Amazon Web Services and Google to provide the government with cloud services. 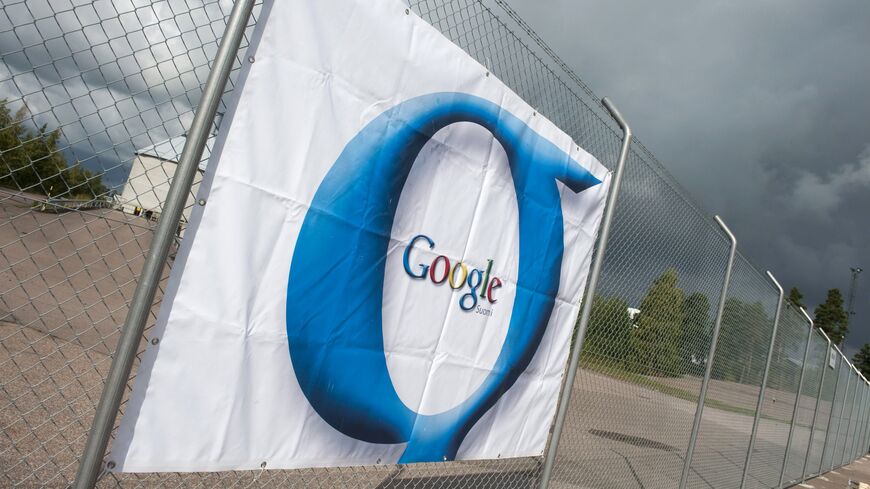 The Google data center in Hamina, Finland, is seen on Sept. 10, 2011, during its official opening. Google and Amazon Web Services have been selected to provide cloud services for the Israeli government's Project Nimbus. - JARNO MELA/LEHTIKUVA/AFP via Getty Images

While the project will require extensive investment in infrastructure, it will eventually advance the development of a local Israeli “ecosystem” in the field of cloud technology.

Amazon and Google won the tender to provide these cloud services, beating out other high-tech giants such as Microsoft, Oracle and IBM. According to the Finance Ministry, the service providers that were chosen slashed their official price by 20%. Eviatar Peretz, the director of government acquisitions in the office of the Accountant General, contends that these are the best prices offered to a government body anywhere in the world.

The project will include the creation of local cloud server sites in Israel at an estimated initial cost of 4 billion shekels [$1 billion]. Cloud services will be provided by these sites, and the data will be processed and kept within the State of Israel under the strictest security measures, supervised by the relevant government agencies.

Israel is one of the first countries in the world to take this step, whose main importance will be to ensure continuity of operations and sustainability of services in Israel even if the global internet goes down. Furthermore, the project is intended to increase the efficiency of government systems while providing much better data processing and storage than is currently available, in the safest possible way.

Like so many other countries in the West, Israel is subject to frequent cyberattacks from organized crime, as well as hostile countries and organizations. Since Project Nimbus is intended to assist in this as well, the National Cyber Authority and Israeli intelligence agencies specializing in cybersecurity will be involved in the project.

The project will consist of four stages:

All in all, the project is expected to employ thousands of Israelis.

A tender is currently underway to identify those agencies that can meet the needs of the project’s third stage. Dozens of local service providers will be selected to assisted in the migration of government systems to the cloud and to develop systems operable in a cloud environment.

Because this is open to a wide range of service providers, the tender will offer small and mid-size operators a chance to participate and be part of the project. According to the Finance Ministry, the extent of cloud services after the first few years is expected to be 1 billion to 1.5 billion shekels per year once the cloud is deployed and existing systems are integrated.

As aforementioned, the choice of Amazon and Google was a major blow to Microsoft, which was Israel’s primary provider of data storage and processing until now. Both Microsoft and Oracle have already submitted administrative suits challenging the outcome of the tender, but it is not at all certain that they will decide to engage in a long and complicated legal battle against the Israeli government.

In the United States, Oracle did wage a long legal battle against the Pentagon after losing a tender to Microsoft valued at $10 billion. Will Israel face a similar legal hurdle? The key factor is how Microsoft responds on the legal front. It remains to be seen whether it will ask for the tender to be reopened, thereby postponing its implementation.

Attorney Zviel Gantz of the Finance Ministry told a press conference that the legal actions that have been taken were intended to allow the losing corporations to submit future lawsuits, and that there are no formal suits headed to the courts at present. He added that the tender came under intense scrutiny and supervision so that even if those companies choose to sue, he is very confident their lawsuits will be rejected.

One of the biggest beneficiaries of all this will be the Israel Defense Forces (IDF). Cloud services provided by Amazon and Google are expected to open up new possibilities to those units that use computerized resources and other sophisticated systems, particularly in fields based on articifical intelligence technologies.

As rockets were being fired from Gaza into Israel and anti-Israel protests gathered momentum during Operation Guardian of the Walls, concerns were voiced in Israel that some employees of the cloud service providers would refuse to work with Israel or its security agencies. The Finance Ministry's Gantz said that the current contracts protect Israel under such circumstances. Employees will not be able to refuse to work with Israeli security agencies such as the Shin Bet.

The Finance Ministry also said that one of the steps taken to ensure that government interests will be protected from the high-tech giants is that their data centers will be based in Israel, and run by an Israeli company subject to Israeli law. This provides a response to concerns about the ultimate control and protection of the data.

The Project Nimbus tender took place at the height of the digital transformation process underway around the world. It was accelerated in an unprecedented manner as a result of the coronavirus crisis. As part of this process, governments and organizations everywhere are undergoing digitization of services at a rapid rate. Today, however, server infrastructure and computer communications are run by dozens of governmental agencies, some with outdated infrastructure. They are certainly incapable of meeting modern requirements, not least because of the lack of flexibility of their platforms. Furthermore, costs are expensive, even if the platforms do not include the most powerful new processors that would support online services, particularly those based on artificial intelligence.

The migration to the cloud is intended to eliminate these problems and make everything more efficient for Israel. Furthermore, digital transformation would mean that this infrastructure would move from the “basements and cellars” of companies and ministries, which operate based on a sort of outsourcing, so that it can be run by the companies behind the cloud. These tech giants operate dozens of data centers around the world and “rent out” capacity and data storage based on demand.

The choice of cloud computing providers for the government and the IDF is, therefore, an important milestone in the transition to digital services. The results are expected to be cheaper and more efficient, while providing a wider range of services to citizens. This will energize the government’s ability to implement even the most complex technology-based projects.