Work is apparently underway at a facility where Tehran said an act of sabotage caused an explosion in July. 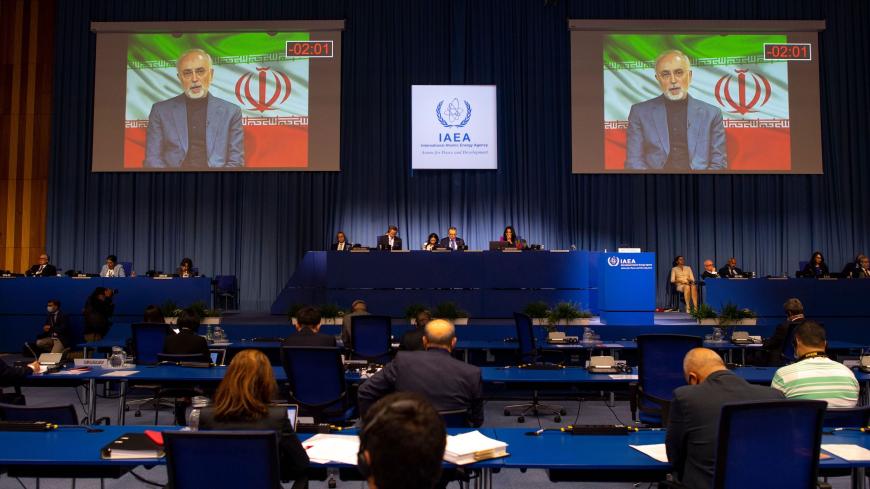 Iran's Atomic Energy Vice President Ali Akbar Salehi is seen speaking on a screen as he virtually attends the 64th General Conference of the International Atomic Energy Agency at its headquarters in Vienna, Austria on Sept. 21, 2020. - JOE KLAMAR/AFP via Getty Images

Iran is carrying out construction work at Natanz, the nuclear facility damaged in a massive fire this summer, according to new satellite images released on Wednesday.

Imagery from the San Francisco-based Planet Labs and carried by the Associated Press indicate construction on a road to the south of Natanz, Iran’s largest uranium-enrichment site. The road heads toward what “analysts believe is a former firing range for security forces at the enrichment facility.”

A fire at the facility in July is believed to have caused enough damage to have significantly set back Tehran’s uranium enrichment. Iran watchers speculated that Israel or the United States were behind the blaze, along with a series of other explosions this summer targeting Iranian military and nuclear sites.

The fire at the Natanz plant may not have halted operations as intended, Bloomberg reported in August. The news outlet cited a document prepared by the UN’s nuclear watchdog the International Atomic Energy Agency (IAEA), which said that Iranian engineers were moving new generations of advanced centrifuges to the facility for use in uranium enrichment.

The next month, an Iranian official told state TV that construction work had begun on an underground hall “in the heart of the mountain near Natanz.” On Tuesday, IAEA chief Rafael Grossi confirmed to the AP that Iran had informed inspectors that construction at the plant was ongoing.

“They have started, but it’s not completed. It’s a long process,” Grossi said.

The United States, Iran and five other world powers struck a landmark accord in 2015 meant to curb Iran’s nuclear activities in exchange for sanctions relief. President Donald Trump quit the Joint Comprehensive Plan of Action (JCPOA) in 2018 and reinstated economic sanctions aimed at pressuring Iran to renegotiate a tougher agreement.

Iran has since resumed uranium enrichment beyond the limits set out in the deal. At 2,105 kilograms of low-enriched uranium, the country's stockpile has reached 10 times what’s allowed under the JCPOA, according to a September IAEA report.

Grossi told the AP that although Iran continues stockpiling low-enriched uranium, it does not have enough of the material to build a nuclear weapon.

Tehran denies seeking nuclear weapons and maintains that its nuclear program is used for peaceful purposes only.