The tech giant said the network was discovered early in its operations. 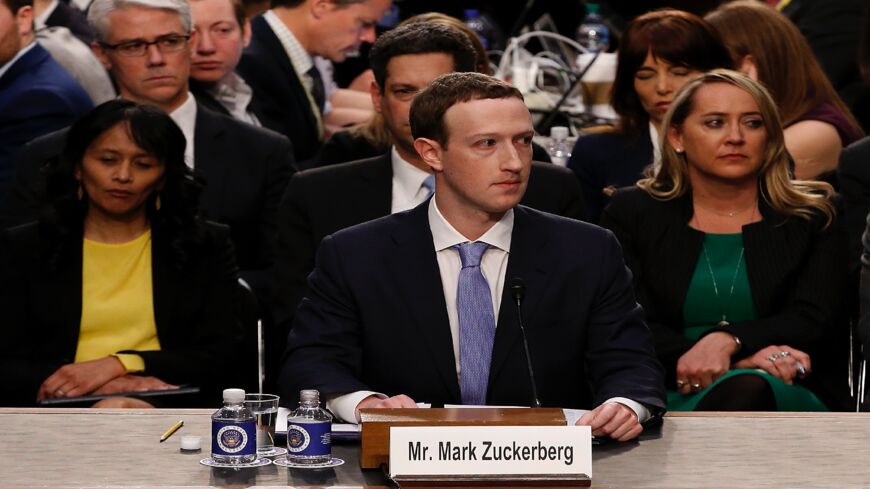 Facebook co-founder, chairman and CEO Mark Zuckerberg testifies before a combined Senate Judiciary and Commerce committee hearing in the Hart Senate Office Building on Capitol Hill on April 10, 2018, in Washington, DC. Zuckerberg was called to testify after it was reported that 87 million Facebook users had their personal information harvested by Cambridge Analytica, a British political consulting firm linked to the Trump campaign. - Alex Brandon-Pool/Getty Images

Facebook on Tuesday removed a network the tech giant says originated from Iran and targeted the United States ahead of next week’s presidential election.

The network of accounts, which was caught early in its operations, engaged in what the company’s head of security policy called “perception hacking.”

“We see malicious actors attempt to play on our collective expectation of wide-spread interference to create the perception that they’re more impactful than they in fact are,” Nathaniel Gleicher said in a statement Tuesday.

Last week, US intelligence officials revealed that Iran had used voter registration data to send threatening emails to American voters in an attempt to undermine the upcoming election. After the FBI released its findings, Gleicher said Facebook discovered a single account that was created earlier this month in an effort to “seed false claims and unsubstantiated election-related threats as part of an influence operation carried out primarily via email.”

Upon further investigation, Facebook found a number of accounts and pages that were inactive since May 2019 and which focused primarily on Israel. The accounts are believed to be part of an operation that spread misinformation about Saudi Arabia's actions in the Middle East and an “alleged massacre” at the Eurovision song contest hosted by Israel in 2019.

Facebook determined the operation had “connections to individuals associated with the Iranian government.”

Gleicher said Facebook is closely monitoring for “fictitious claims, including about compromised election infrastructure or inaccurate election outcomes to suppress voter turnout or erode trust in the poll results, particularly in battleground states.”

Facebook also removed Facebook pages and Instagram accounts linked to a network based in Mexico and Venezuela that posted content about news and current events in the United States. A third network removed by Facebook originated in Myanmar and targeted a domestic audience.