Facebook said that it shut down hundreds of accounts and pages promoting Iranian propaganda in its monthly report. 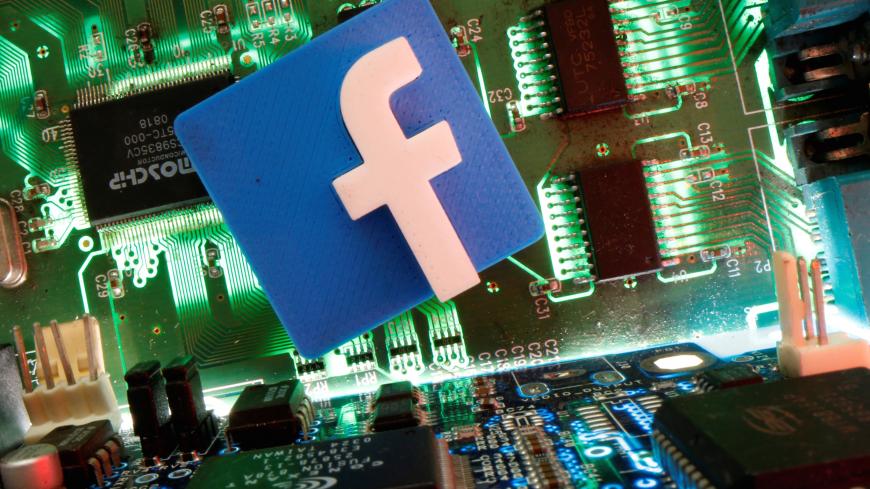 The Facebook symbol is seen on a motherboard in this picture illustration taken April 24, 2020. - REUTERS/Dado Ruvic /Illustration

A significant amount of Facebook’s recent anti-misinformation efforts have focused on Iran, the social media giant said in a release today.

Facebook said the activity coming out of Iran had links to Iran’s state broadcaster.

“Our investigation linked this activity to the Islamic Republic of Iran Broadcasting Corporation,” Facebook said in a press release. “We found this network as part of our internal investigations into suspected coordinated inauthentic behavior.”

Facebook today released its monthly “Coordinated Inauthentic Behavior Report” for April. The report shows Facebook’s efforts to “stop coordinated campaigns that seek to manipulate public debate.” This includes information that is fake, spam and artificially amplified from both state and nonstate actors, according to Facebook.

The April 2020 report highlighted significant page and account closures done by Facebook from Iran, Russia, the United States, Mauritania, Myanmar and Georgia. Of this group, only Iran and Russia were found to have activity focusing internationally — as opposed to domestically, according to the release.

Iran had the most accounts removed by Facebook with 389 and the second-most pages removed after Georgia with 118. Facebook also removed 27 groups and six Instagram accounts from Iran, the release said.

Iran’s activity focused on a range of Asian, African, and Middle Eastern countries — plus the United States and UK. The countries included Algeria, Egypt, Libya, Nigeria, Sudan, Somalia and Tunisia, according to the release.

A mix of original and fake accounts were responsible for the behavior from Iran. The accounts and pages would take Iranian media content and translate it into Arabic, Bengali, Bosnian and English. This content focused on the Syrian civil war, Turkey-Libya relations and Saudi involvement in the Middle East, among other topics, according to the report.

Iran has a restrictive press environment where only government-approved outlets can operate safely.

Use of Facebook is restricted in Iran, but people circumvent this by using virtual private networks and other servers to access it.

The report did not specify how Facebook determined some of the activity came from Iran’s state broadcaster. Facebook representatives did not immediately respond to Al-Monitor’s request for comment.

Facebook’s cybersecurity policy head Nathaniel Gleicher told Reuters that the information had links to Iran’s state broadcaster, but that Facebook could not yet determine whether the government was directly responsible for the content.

“In general, these were narratives that are aligned with Iranian geopolitical interests,” Gleicher told Reuters.

Some of the activity was old, including material on the Occupy Wall Street movement and on Ron Paul, an anti-war former politician from the United States, according to the report.

The examples of coordinated behavior Facebook cited from Iran may have been from the Iranian government, but they do not necessarily constitute misinformation. One Arabic-language example the report included was a post on men below the age of 50 not being allowed by Israeli authorities to pray at the Al-Aqsa Mosque in Jerusalem. Israel has prevented men under 50 from going there when it expected clashes in the past.

Iran is an active source of outward-facing propaganda. A 2018 Reuters investigation found that dozens of websites from Iran spread information in line with Iran’s strategic interests. One Egyptian-focused website with a fake telephone number, for example, aimed to deliver “true news” about the United States at a time when pro-government Egyptian media was praising the country’s improved relations with America, the investigation found.

The findings constitute a large increase in Facebook’s efforts against perceived Iranian state activity. Facebook’s report for March did not list any account or page closures from Iran. In February, Facebook said it only removed six accounts from Iran that were focused on the United States.