Shells and rockets from the conflict from Nagorno-Karabakh region have reportedly landed in northwestern Iran, which does not back either side. 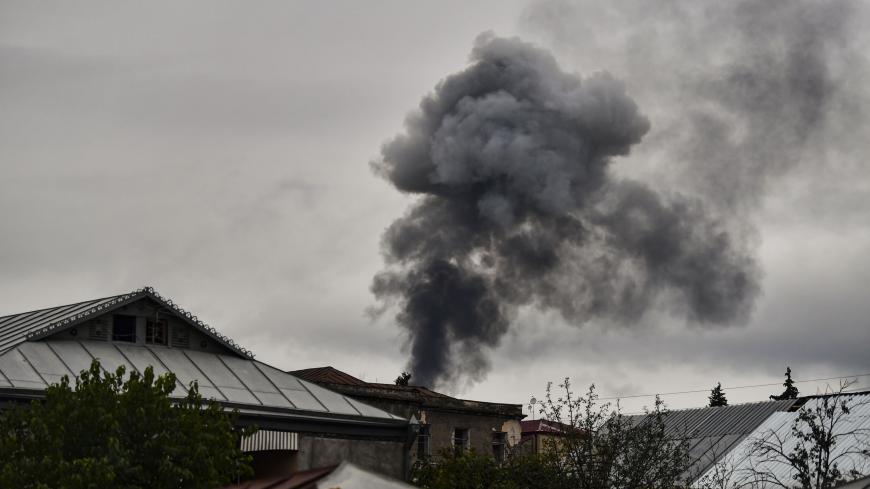 Smoke rises behind houses after shelling in the breakaway Nagorno-Karabakh region's main city of Stepanakert on Oct. 7, 2020, during the ongoing fighting between Armenia and Azerbaijan over the disputed region. - ARIS MESSINIS/AFP via Getty Images

Iranian police said on Wednesday that shells and rockets have landed in its northwestern East Azerbaijan province. The country Azerbaijan and Armenia are currently fighting over the Nagorno-Karabakh region north of Iran. Iranian border guards have warned both countries over the inadvertent spillover and Azerbaijan has apologized, the state-run Press TV reported.

“That a number of artillery shells and mortars hit Iranian soil is unacceptable to us,” he said, according to Press TV.

Renewed fighting broke out between Armenia and Azerbaijan in Nagorno-Karabakh late last month. Armenian-backed forces control the disputed region, which is internationally recognized as part of Azerbaijan. The two countries have been at odds over the area since the final years of the Soviet Union.

Iran has historic ties to both countries. Azerbaijan is a majority Shiite Muslim country like Iran, and millions of Iranians, including Supreme Leader Ayatollah Ali Khameini, are ethnic Azerbaijanis. There are some tensions between the two states, one being Azerbaijan’s relationship with Israel. Iran and Armenia also have a long history of relations and cooperate on energy issues in particular.

The Islamic Republic does not support either side in the Nagorno-Karabakh conflict, but it has recently criticized Turkey, which heavily backs Azerbaijan. One of the Khameini’s advisers said Turkey is “adding fuel to the fire” this week.

“It is unacceptable if certain people want to take terrorists from Syria and other places to areas near the Iranian borders under different pretexts,” said Rouhani on Wednesday, according to the state-run Tasnim News Agency.