The coronavirus continues to spread in Iran despite lockdowns as sanctions and a poor economy add to the country's pain. 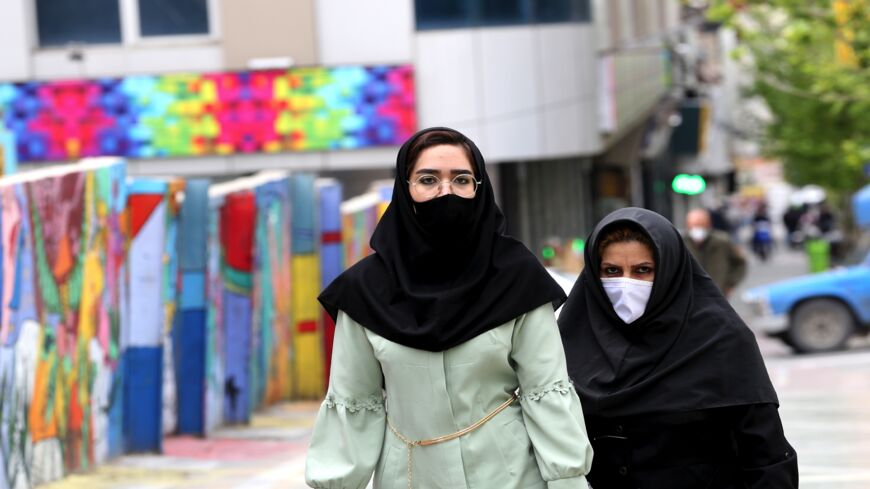 Iranians wearing protective masks walk past graffiti on a wall in Tehran on April 13, 2020, during the coronavirus pandemic. - ATTA KENARE/AFP via Getty Images

Iran continues to break records in new COVID-19 deaths as the country struggles to contain the pandemic.

Iran reported that 279 people succumbed to the virus on Wednesday, which is the highest-ever single-day death toll in the country, the state-run Tasnim News Agency reported.

The government also reported 4,830 new cases on Wednesday. These figures bring the total number of deaths to 29,349 and infections to more than 513,200, according to Tasnim. Iran has a population of more than 80 million.

The coronavirus outbreak in Iran began in February, making the country one of the first in the world to be badly afflicted. Cases have risen steadily since then, despite authorities implementing a variety of mitigation measures.

This October, the leader of Tehran’s virus response urged authorities to extend business, school and mosque closings and implement stricter screenings of people entering the country.

There is considerable economic and political strife in Iran amid the pandemic. Iran’s currency dropped to an all-time low this month. The United States maintains a variety of sanctions on Iran, including its financial institutions. This week, an 11-year-old schoolboy from an impoverished family killed himself, which sent shockwaves through society.

Protests against the government have continued on and off since 2019. Last week, many people marched to commemorate the death of singer Mohammad Reza Shajarian, who was known for supporting the 2009 protest movement.