In an interview with Al-Monitor, the new Ethiopian ambassador to Egypt speaks about the stalled negotiations with Egypt and Sudan over the controversial dam Addis Ababa is building on the Blue Nile River. 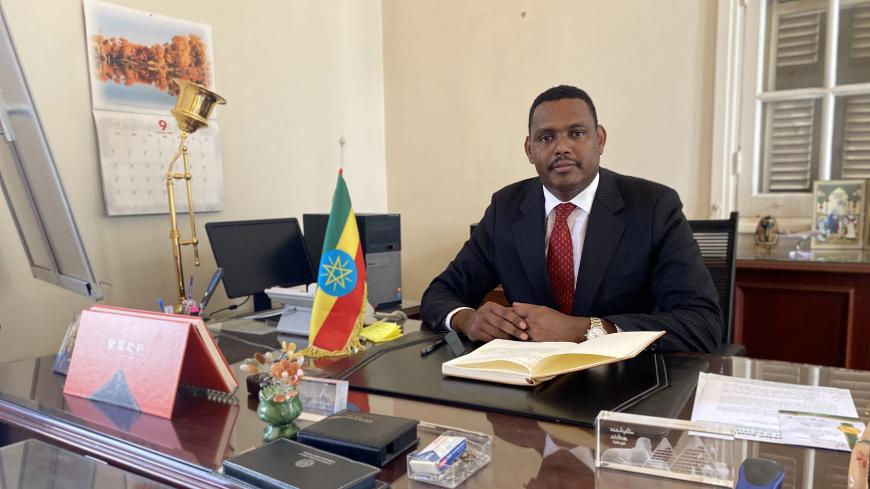 CAIRO — Relations between Egypt and Ethiopia are still tense over the Grand Ethiopian Renaissance Dam (GERD), while the two countries, alongside Sudan, continue to engage in lengthy negotiations that began about a decade ago. The African Union (AU) has recently tried to act as a mediator, but the talks reached a deadlock Aug. 28.

Al-Monitor met with the new Ethiopian ambassador to Egypt, Markos Tekle Rike, for his first press interview since he submitted his credentials to Egyptian President Abdel Fattah al-Sisi Sept. 23 to succeed Dina Mufti.

The Ethiopian diplomat talked about his strategy to bring perspectives closer and expressed Ethiopia’s take on the GERD negotiations after the United States suspended some aid to his country amid a lack of progress toward reaching an agreement, according to US reports.

Ethiopia had recalled Mufti and seven other ambassadors in March, amid escalating tensions between Cairo and Addis Ababa, a few days following the failure of the US mediation to solve the GERD crisis. It took Ethiopia five months to appoint Rike as the new ambassador.

Rike told Al-Monitor, “The former ambassador was recalled in May 2020 and I was appointed the same month. The appointment process normally takes three to four months. It followed a normal diplomatic procedure.”

Rike is one of the most prominent diplomats in Ethiopia, although he is only 40 years old. He recently occupied the position of minister of state for foreign affairs, and he was previously the ambassador to Japan and director of the Ethiopian Foreign Service Training Institute. He was appointed ambassador to Cairo at a time when the two countries are facing the biggest challenge in their relations.

He said, “My focus is to increase the relationship between the two nations to the height that it deserves. Ethiopian and Egyptian relations should be much better than this. … I will contribute to bridging the gaps.”

Rike noted, “We have to go back to history. These two peoples, two nations have a very long history of relations. … In the past we have [had] good relations; of course; [we had] ups and downs. But we have a lot of opportunities, a lot of optimistic things that could bring us together.”

The divide between Egypt and Ethiopia widened following the failure to reach an agreement a decade after Addis Ababa began the construction of the GERD on the Blue Nile in 2011. Around 75% of the construction process has been completed so far.

Egypt believes the GERD threatens its share of the Nile water, which mostly originates in the Blue Nile, and that this has destructive effects on its economy and water and food resources.

Egypt, Sudan and Ethiopia were close to signing an agreement following US-mediated talks in February, held in the presence of the World Bank, but Ethiopia did not show up on the day of signing in Washington. Egypt signed the agreement unilaterally.

Rike refused to comment on the US role in the negotiations, but he said, “The US-sponsored agreement” was not in the best interest of the Ethiopian people. Therefore Ethiopia declined [to attend] the last meeting and of course didn’t sign the agreement.”

Tensions escalated between the three countries in the aftermath. Egypt accused Ethiopia of “intentionally bailing to obstruct the course of negotiations.” Sudan noted that Ethiopia wants “guidelines” rather than a legal, binding agreement for the operation and filling of the dam.

In May and June, Egypt and Sudan gave two separate speeches before the UN Security Council, asking the council to intervene to bring Ethiopia back to the negotiations table and to prevent it from beginning the filling of the dam’s reservoir without reaching an agreement with the two downstream countries, Egypt and Sudan.

"These negotiations [have] been going on based on the DOP [Declaration of Principles signed in Cairo in 2015]. [According to the DOP], the three countries should negotiate, discuss and establish guidelines and rules for the filling and operation of the dam,” Rike said.

He believes the issue is more about the mechanism of filling and operation, and whether that will happen through guidelines or an agreement. “Ethiopia’s vision is just to establish the guidelines and rules on how to fill and operate the dam.”

However, Egypt and Sudan are calling for the need to reach a binding agreement that guarantees the rights and interests of the three countries, according to the DOP and the international law principles, provided it delivers an effective and binding mechanism to settle future disputes.

In early July, the AU intervened to break the stalemate in negotiations and to play the role of mediator. Amid the African endeavors, Ethiopia announced its completion of the first stage of filling the dam reservoir in July to pave the way for its operation. The move raised the ire of Egypt and Sudan, which they described as a “unilateral move.”

Still, the delegations of the three countries continued to negotiate under the AU umbrella, but they reached a dead end once again Aug. 28 due to wide disputes over several legal and technical issues.

Nevertheless, Rike said the negotiations did not fail, adding, “The three countries can [still] negotiate and make the deal without the involvement of other parties. The AU is effectively moderating … this deal. … We still are optimistic that we continue the negotiations and reach an agreement.”

Foreign Policy magazine warned in an analysis published Sept. 28 of an Ethiopian attempt to use the GERD as a tool for unrestrained control of the Blue Nile in order to force Egypt and Sudan to divide the water shares according to Ethiopian conditions. For that reason, the United States slashed some of its aid to Ethiopia, according to the magazine.

In his speech before the United Nations General Assembly Sept. 25, Sisi warned of the repercussions of failed negotiations over the GERD and called on “the international community to assume its constructive role in urging all parties to be flexible in the negotiations to reach a satisfactory agreement for all.” This was a sign that Egypt’s silence would not last long.

Ethiopia, meanwhile, is betting on the AU. Rike said his country firmly believes that the AU will succeed and bring the three countries closer. If it does, this experience will stay with the AU in the future, he added.

At the same time, Rike said that it is important to regain momentum in relations with Egypt. “There are many issues that can strengthen our relations. So once our relationship is strong, it will help even to smoothen our negotiations,” he said.

“It was very successful and very good. … His Holiness promised that he [would] pray and wish for peaceful resolution and settlement of the current negotiations. We really also expect that it will be settled soon,” Rike concluded. 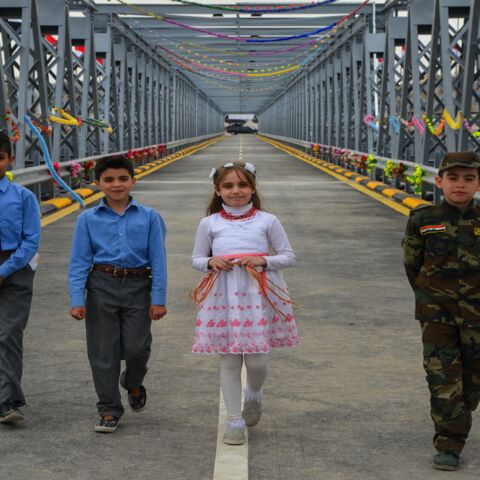