The killing of a young woman during a robbery in the streets of Cairo has raised the ire of activists, who continue to call for legislation to protect women against violence. 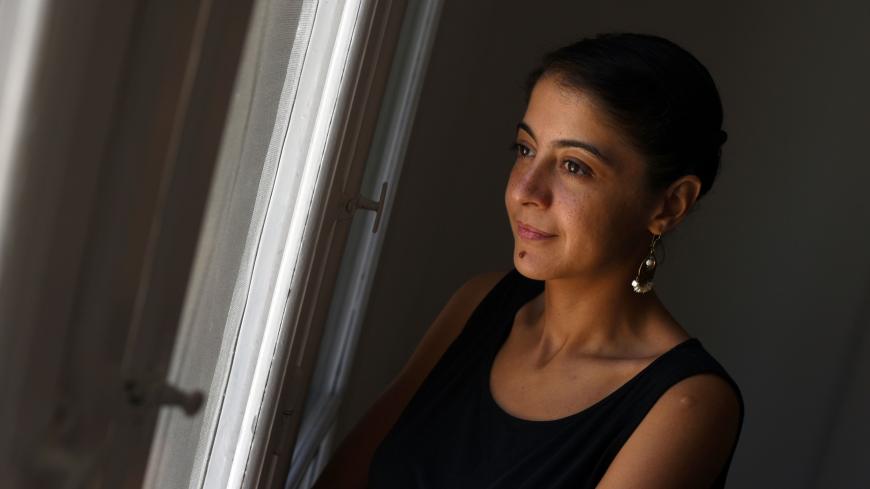 Noha Elostaz, the first woman in Egypt to have won a conviction against a man for sexual harassment, looks out of the window of her apartment in the Egyptian capital, Cairo, on July 26, 2016. - MOHAMED EL-SHAHED/AFP via Getty Images

CAIRO — Egypt’s public prosecutor issued a decision Oct. 17 to imprison three people on charges of premeditated murder and robbery over the killing of young woman in Cairo.

Mariam, a 24-year-old who was preparing for her wedding, was killed Oct. 13 when two people in a microbus snatched her bag and then ran her over, leading to her immediate death.

The details of the incident quickly went viral, with many expressing anger and condemning what happened to Mariam and demanding that the perpetrators be held accountable.

The killing of Mariam is yet one incident putting women's rights and women's safety in Egyptian streets in the spotlight.

This comes at a time when Egypt is witnessing a wave of campaigns denouncing violence and harassment against women, and calling for new legislation to protect female victims of violence.

Cairo is said to be the most dangerous city for women in the world, according to a report published by the Thomson Reuters Foundation in 2017.

Muhammad Naim, a former researcher at the Egyptian Initiative for Personal Rights, wrote in a Facebook post Oct. 15 that women are being subjected to inordinate levels of violence. “They are not welcome in the Egyptian street, and harassment is only part of this.”

Women's Rights, an advocacy group on Twitter, tweeted Oct. 15, “Walking in the street may look simple and may seem like it does not have ambiguous meanings, but a woman walking in the street and her presence in the public space in general holds many challenges and concerns.”

Hala Mostafa, an activist and general coordinator of “I Saw Harassment,” an initiative against gender-based harassment, said she believes that violence against women in Egypt is a systematic process that has social dimensions and is sponsored by the state at the same time.

Mostafa told Al-Monitor over the phone that the political system in Egypt encourages abuse against women through a series of violent practices, including the case of virginity tests in 2011, the woman who was dragged on the street by security forces in Tahrir Square in 2011, growing cases of harassment and rape, and most recently the Fairmont case, when security forces arrested witnesses to a 2014 gang rape and leaked their private photos and videos online.

Mostafa believes the laws are not implemented fairly, and that legislators are reacting to crimes instead of putting an end to the phenomenon. This is why laws alone cannot deter the perpetrators, she added, referring to the so-called case of the “mall girl.”

In 2017, an Egyptian woman was attacked with a non-firearm weapon by a man she had accused of sexually harassing her at a Cairo mall years earlier. The man spent two years in prison, and upon his release, carried out a revenge attack against the woman.

Mostafa said Egyptian society is dominated by patriarchy and authoritarian religious discourse that nurtures the idea of male domination, which imposes an environment of tyranny against women where men even control what women wear.

She added, “The disruption of the civil society organizations’ role has negatively affected the issue of women's safety. The regime alone cannot reach out to millions of people to raise awareness of women's rights.”

Mostafa said, “It is impossible for any civil organizations to operate effectively on the ground or to conduct awareness campaigns without a security permit from the Interior Ministry. The ministry has been refusing to issue permits since 2016, and we have been under media restrictions. And therefore the initiative is effectively suspended, and our role is now limited to the provision of psychological support and legal advice online.”

Mostafa has no hope that the coming years would bear any significant change that would reduce violence against women in light of current conditions, as the regime views women’s causes as secondary.

Rania Yahya, a member of the National Council for Women, told Al-Monitor over the phone that Egyptian women have never before had the same economic and political empowerment they have under the current political leadership.

At the same time, she believes that the issue of women's safety is improving significantly, as evidenced by the widespread rejection of women, individually or collectively, of violence, and added that this shows that women are more aware of their rights

Yahya, who is also the head of the Philosophy Department of the Academy of Arts, said that societies in the Middle East in general lack the concepts of personal freedoms, and that women are often blamed for the violence against them, while many justifications are made for men’s actions. She said that women are seen as guilty in the eyes of men, and that over time these beliefs have strengthened a complex cycle of violence against women. Yahya added, “We need to change perceptions and evaluate behaviors, and this will take some time.”

Yahya said she believes that there is a need to reconsider the religious discourse related to women, adding that backward ideas about women largely spread during the one-year rule of the Muslim Brotherhood.

Yahya also said she thinks the political leadership genuinely pays attention to women, referring to the first national strategy to combat violence against women launched in 2015.

She further noted that the council seeks to include educational materials in the school curriculum to raise awareness about the importance of women as partners in society and not subordinates.

Yahya said the high rates of complaints received by the council is due to the increased awareness among women of their rights. While they did not file complaints in the past, they are raising their voices today, she said.

Laila Soueif, a professor at the Faculty of Science at Cairo University, said, “You have to look at the phenomenon of violence against women while taking into account the surrounding conditions, which shows that [almost] always the crimes are committed against the weakest. Meanwhile, society is facing a major challenge to fight this phenomenon in light of police incompetence and the collapse of the judiciary and the justice system.”

Soueif, who is also a political human rights activist, told Al-Monitor that such increased violations do not occur in stable societies but rather in ones witnessing rapid social changes, where traditional forces face an existential threat, making them fiercely resist these changes. 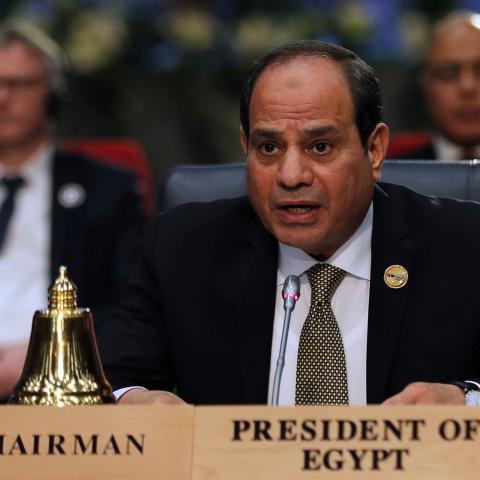