The Egyptian Ministry of Immigration has signed cooperation protocols with the Ministry of Endowments and the church as part of efforts to combat illegal immigration. 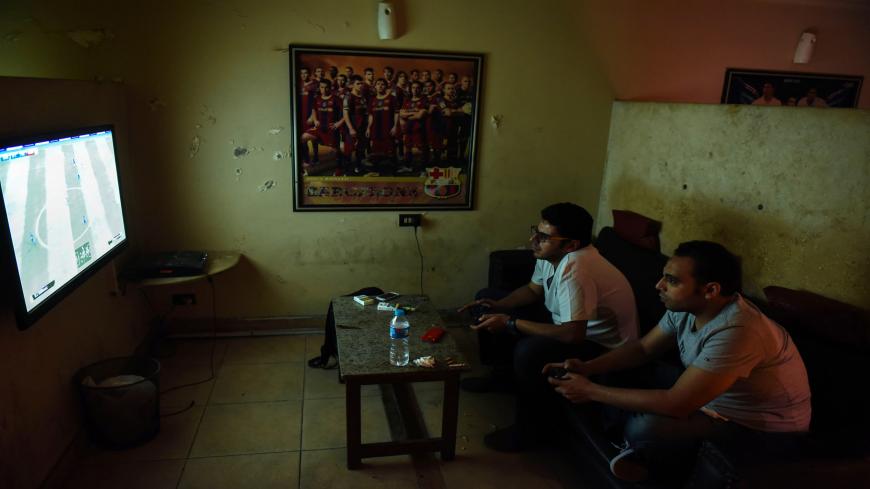 CAIRO — As a part of the Survival Ships initiative that Egyptian President Abdel Fattah al-Sisi had launched to combat illegal immigration in December 2019, Minister of Immigration and Egyptian Expatriate Affairs Nabila Makram and Minister for Religious Endowments Mokhtar Gomaa signed a cooperation protocol Oct. 26. The protocol is designed to benefit from the efforts the Endowment Ministry’s scholars deployed to raise religious awareness of the dangers of illegal immigration in the governorates that are most affected by this phenomenon.

Makram said in an official statement released by the Cabinet Oct. 26 that the Survival Ships initiative aims to fight illegal immigration and provide safe alternatives in the governorates that are most affected by this phenomenon, through training sessions and awareness campaigns among the youth in cooperation with the concerned ministries and state institutions.

She added that the latest cooperation protocol aims to raise awareness of the dangers of illegal immigration during Friday sermons, through various TV and radio programs hosted by senior imams and through articles published by the scholars of the Religious Endowments Ministry in newspapers and magazines. The protocol, Makram continued, also seeks to encourage experts in the various fields to support the initiative against illegal immigration and simplify the religious discourse for the targeted youth accross Egypt.

During the third edition of the World Youth Forum in Sharm el-Sheikh in December 2019, Sisi had tasked the Ministry of Irrigation and concerned authorities to implement the Survival Ships initiative.

In the Oct. 26 Cabinet’s statement, Gomaa said that combatting illegal immigration requires “concerted efforts to protect the lives of our youth from the dangers of perishing in the journeys of death, and that the discourse of reason and religion must focus on the legal ways to enter foreign countries.”

Gomaa further stressed that the countries’ sovereignty must be respected and people must not enter them without the permission of the competent authorities and in accordance with the law. He added that his ministry will hold more seminars across the governorates, especially those most affected by illegal immigration, with the aim to protect the youth.

In January, Minister of Social Solidarity Nevine al-Qabbag had said that the governorates exporting the highest number of illegal migrants are Sharqia, Faiyum, Dakahlia, Beheira, Gharbia, Menoufia, Kafr El Sheikh, Luxor and Minya. Speaking at a roundtable on illegal immigration with Makram, Qabbag said that Italy is the top destination for immigrants.

According to Qabbag, some of the reasons pushing the youth to immigrate include poor services in some areas of Egypt, lack of job opportunities, lack of awareness and the absence of a protection mechanism against people smuggling.

As part of her efforts to involve all of Egypt’s religious institutions in the initiative against illegal immigration, Makram signed Oct. 27 another cooperation protocol with the Egyptian Coptic Orthodox Church.

His Holiness Pope Tawadros II, the pope of Alexandria and patriarch of the see of St. Mark, said in a press statement that the church supports the provision of opportunities for young people without discrimination. He added that under the cooperation protocol, the church will launch training programs for the development of individual skills, craftsmanship and entrepreneurship.

Makram said in a statement after signing the protocol with the church that cooperation with ministries and state institutions in implementing the Survival Ships initiative aims to protect the youth and implement Egypt's vision toward sustainable development, through community development of the most needy.

Farrag added that the ministry will disburse the youth small loans in coordination with the relevant state institutions, for them to find work and abandon the idea of immigration.

He said his ministry does not have official statistics on the numbers of illegal immigrants, as the process is often made clandestinely.