How Egypt perceives Ethiopia’s ban of flights over Nile dam

Ethiopia has decided to ban flying over the Renaissance Dam that it is building on the Blue Nile in a move thought to deepen the years-old conflict. 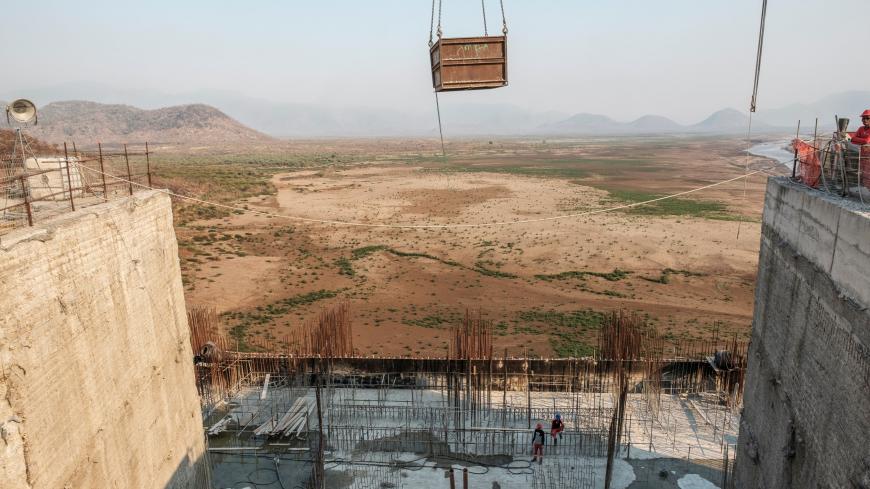 A general view of the construction works at the Grand Ethiopian Renaissance Dam near Guba in Ethiopia, on Dec. 26, 2019. - EDUARDO SOTERAS/AFP via Getty Images

Egypt, Sudan and Ethiopia have been for nearly a decade engaged in an open conflict over the Grand Ethiopian Renaissance Dam, which Addis Ababa is building on the Blue Nile to generate hydroelectric power.

Most recently, Ethiopia decided to ban flights over the dam for security considerations, the director-general of the Ethiopian Civil Aviation Authority, Wesenyeleh Hunegnaw, told Reuters on Oct. 5.

Hunegnaw said that the decision aims at securing the dam. But analysts say they believe the move will deepen the already existing dispute over the dam. Ethiopia hopes the project will make the country an even greater exporter of electricity.

On the same day, Hunegnaw told the BBC that it was common for the country to ban flights above major projects.

Meanwhile, Cairo voices concerns that the dam could adversely affect the flow of its annual water share of the Nile River, which meets more than 95% of Egypt's freshwater needs.

Of note, 85% of the Nile water comes from the Blue Nile, on which the more than $4 billion dam is being built. Addis Ababa considers the dam to be vital for greasing its economic wheels and fighting the poverty that millions are suffering from.

While Sudan believes the dam may bring some benefits by regulating the Blue Nile waters and by providing electricity, it wants guarantees regarding the safe and adequate operation of the dam as the country seeks to preserve its own dams, including the Roseires Dam, Sudan's largest.

The flight embargo over the controversial dam came days after the Ethiopian air force commander, Maj. Gen. Yilma Merdasa, warned against any military aggression against the dam.

Merdasa said in an interview with Ethiopian TV on Sept. 30 that his country is fully prepared to defend the dam, also often referred to as the GERD, from any possible attack.

William Davison, a senior analyst at the International Crisis Group, told Al-Monitor, “It's not exactly clear why this Ethiopian decision was taken, but obviously Ethiopia considers there to be a security threat to the GERD, and that is a justifiable position based on stances and statements coming from Egypt."

However, an Egyptian official told Al-Monitor on condition of anonymity that “the Egyptian political leadership is certain that the GERD crisis will be resolved at the negotiating table."

Egyptian President Abdel Fattah al-Sisi ruled out that his country would resort to a military solution in the dam crisis. He said July 28 that the military option is not a solution to this dispute and that negotiations are the only way to resolve the crisis.

Hamdi Bakhit, a member of the parliamentary Defense and National Security Committee, told Al-Monitor that Ethiopia’s flight embargo over the dam is a mere stunt before the international community. Bakhit added that the embargo is a preemptive threat aimed at accusing Egypt of having an intention to use military force to end the conflict.

In accordance with Article 152 of the constitution, the Egyptian army needs the approval of the House of Representatives to declare war or send troops to combat missions outside the borders.

Bakhit said, “What prompted Ethiopia to take this decision is that it is living in a state of internal instability as it suffers from ethnic conflicts, and the regime is trying to mobilize internal public opinion around a national cause exemplified by the GERD.”

The crisis over the dam further escalated after Ethiopia announced in June that it intends to complete the first filling phase of the dam regardless of whether an agreement with Egypt and Sudan has been reached. This prompted Egypt and Sudan to resort to the Security Council in an attempt to get Addis Ababa to return to negotiations and stop any unilateral step before a comprehensive agreement on the rules for filling and operating the dam is reached. Meanwhile, diplomatic tension between Egypt and Ethiopia degenerated into an exchange of military threats.

While the African Union succeeded in returning the three countries to the negotiating table June 26 — after an African summit attended by the leaders of the three countries — everyone was surprised by Addis Ababa’s announcement July 21 that the rainfall had helped it complete the first phase of filling the dam reservoir with 4.9 billion cubic meters of water. Still, the three countries continued to negotiate.

Ethiopian President Sahle-Work Zewde told parliament Oct. 5 that her country is seeking to complete the second phase of filling the dam within the next 12 months.

In September, the United States decided to reduce part of its aid to Ethiopia due to US concerns over Addis Ababa’s unilateral decision to fill the dam before an agreement is reached.

In February, talks mediated by the United States in the presence of the World Bank faltered as Egypt unilaterally initialed an agreement involving mechanisms for filling and operating the dam when Ethiopia did not show up for a meeting on the matter.

On Aug. 28, Ethiopia, Egypt and Sudan failed to reach an agreement in their latest marathon negotiating round mediated by the African Union with the participation of experts and observers from the European Union and the United States. The three countries have yet to set a date for the resumption of negotiations.

Egypt and Sudan are seeking to reach a legally binding agreement regarding the dam provided it includes an effective and binding mechanism for settling future disputes before the dam becomes operational. Ethiopia, however, insists on an agreement that includes nonbinding guidelines.

The disputed technical issues are mainly related to the operation of the dam during drought years, amid concerns that the amount of water that Addis Ababa would release to Egypt and Sudan would decrease.

Davison said, “Any further diplomatic disputes do not help the talks, but ultimately what is needed is for the three parties to work out the concessions they are willing to make on the outstanding legal and hydrological disagreements, and then try again to reach a consensus on the rules for filling and operation.” 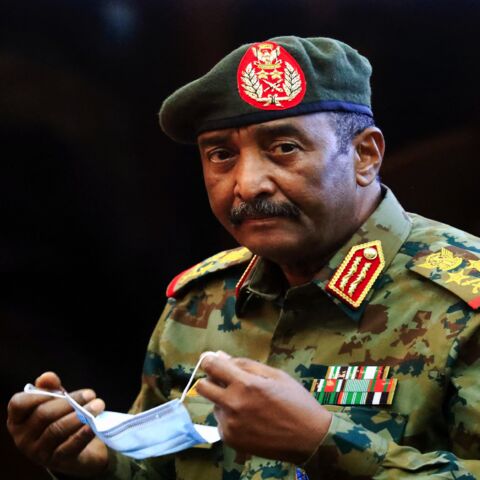 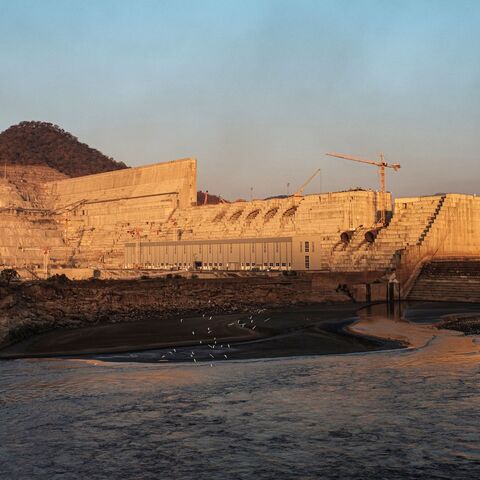