Hayat Tahrir al-Sham has claimed responsibility for killing the brother of Hajj Taysir, an Iraqi Islamic State emir killed by the United States earlier this year. 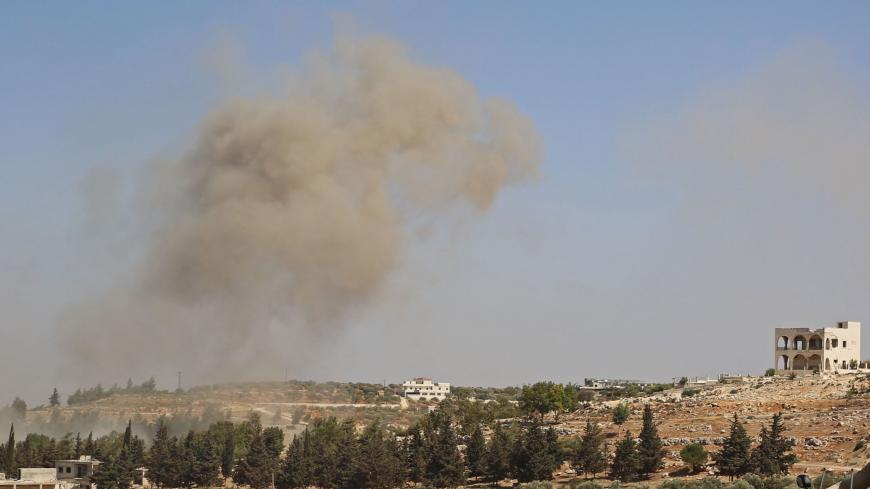 Smoke billows following a reported Russian airstrike on the western countryside of the mostly rebel-held Syrian province of Idlib, on Sept. 20, 2020. - MOHAMMED AL-RIFAI/AFP via Getty Images

HTS announced the killing of Yusuf Numan “Abul Hareth” in an operation in western Idlib on Saturday, naming him as the brother of another senior IS official killed by a US airstrike in the eastern Syrian province of Deir ez-Zor earlier this year.

In May the United States killed Moatez Numan Abdul-Latif al-Jabouri, or Hajj Taysir, a senior Iraqi IS governor who once oversaw the jihadist group’s efforts to obtain and develop chemical weapons, according to the US State Department.

Why it matters:  Abul Hareth is HTS’ latest jihadist target in northwest Syria.

The jihadi opposition enclave became a desired destination for IS figures fleeing the Baghouz pocket as the US-led military coalition and Kurdish-led forces encircled the so-called caliphate near Syria’s border with Iraq last March.

Long hostile to IS, at least on the surface, HTS has also sought to undermine other jihadist factions in the province, of which it seized control from the Nour al-Din al-Zinki movement in January 2019.

Earlier this summer, a number of jihadi groups formed the Fathbuto operations room, leading HTS to crack down on rival organizations and increase arrests of critics.

The power play was widely seen as beneficial to Turkey, which maintains soldiers in Idlib province and has agreed with Russia to clear extremist factions from the area and open the M4 highway.

Though the United States and Russia consider HTS a terrorist organization, Turkey appears willing to tolerate the group as long as it does not undermine its agreement with Russia. Meanwhile, US drone strikes continue to pick off alleged al-Qaeda officials affiliated with HTS’ more extreme splinter group, Huras al-Din.

What’s next:  Concern is rising that the Syrian pro-regime forces backed by Russia may be preparing for a renewed push into Idlib. Jabal al-Zawiya and the Latakia countryside have been hit with repeated pro-regime artillery and Russian aircraft have increased strikes on HTS and other groups in the province this month.

Discussions between Russia and Turkey over Idlib reportedly led to little headway earlier this month. Though it’s unlikely the Syrian army has the might to revive a final offensive, any push could turn the screws on Ankara's resolve against further concessions to Russia.

Know more:  Fehim Tastekin lays out the logic behind the renewed pressure on Idlib as crippling US-led sanctions on Assad’s state threaten to permanently divide Syria.