Qatar, UAE battle at the Hague over UN anti-discrimination resolution

At the International Court of Justice, Qatar and the UAE are arguing over whether the latter violated the UN resolution when it took various actions against Qatar during the 2017 crisis. 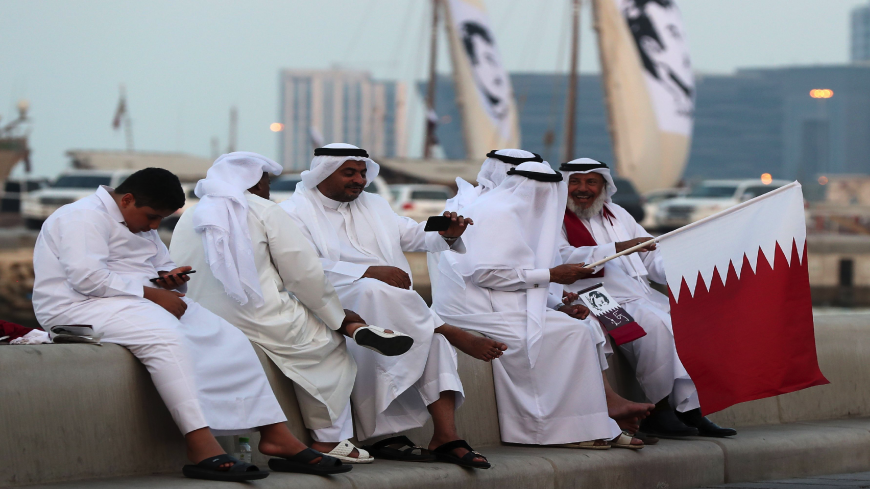 Qataris sit waving national flag as they gather in the streets to welcome back the Emir upon his return from his first trip abroad during the ongoing Gulf diplomatic crisis on Sept. 24, 2017. - KARIM JAAFAR/AFP via Getty Images

A UN court in the Hague is hearing arguments from Qatar and the United Arab Emirates (UAE) this week on the 2017 diplomatic crisis in the Gulf.

The hearings at the International Court of Justice regard Qatar’s allegation that the UAE violated a UN anti-discrimination resolution when it participated alongside Saudi Arabia and Bahrain in various measures against Qatar in 2017.

The resolution in question is the International Convention on the Elimination of All Forms of Racial Discrimination, which works to “promote and encourage universal respect for and observance of human rights and fundamental freedoms for all, without distinction as to race, sex, language or religion.” The hearing will finish on Sept. 7, according to International Court of Justice documents.

In 2017, Saudi Arabia led the UAE, Egypt and Bahrain in closing their airspaces and sea routes to Qatar. Saudi Arabia and its allies accuse Qatar of supporting terrorism, which Qatar denies. The group is also concerned about Qatar’s relatively warmer relations with Iran.

At the International Court of Justice, Qatar is alleging that the UAE violated the UN convention on racial discrimination by expelling Qataris from the country and closing the offices of the popular Qatari state-funded channel Al Jazeera. The UAE argued on Monday that the court lacks jurisdiction in the matter because the actions were unrelated to racial discrimination, Reuters reported.

The court will hear oral arguments from both countries. The documents did not specify when a ruling would be issued.

This is not the only legal case involving the Gulf states. In July, the International Court of Justice ruled that a global aviation regulatory body has jurisdiction over Qatar’s dispute of the airspace closure imposed on it.

The crisis continues to play out in other ways as well. Also in July, Saudi Arabia permanently canceled the license of Qatar’s beIN Sports channel.