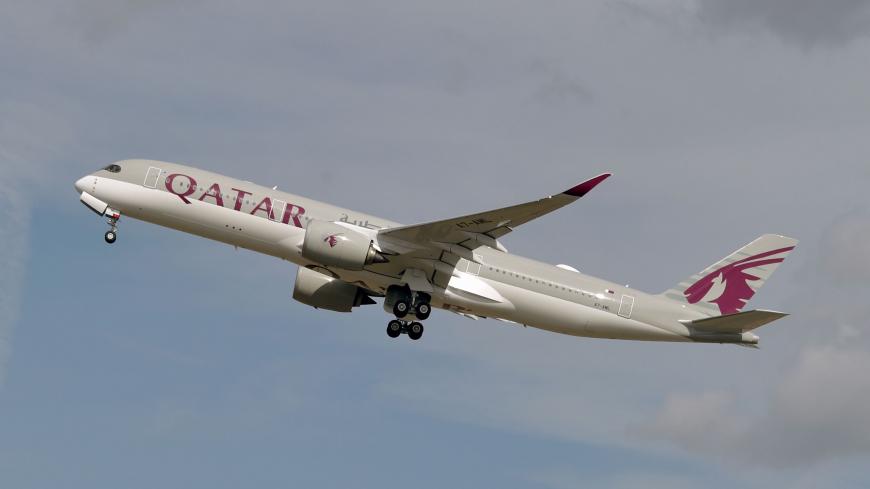 This picture taken on Sept. 27, 2019, shows an Airbus A350 of Qatar Airways after taking off from the Toulouse-Blagnac airport, near Toulouse. - PASCAL PAVANI/AFP via Getty Images

The UN’s top court ruled in favor of Qatar on Tuesday, clearing the way for the oil-rich peninsula to challenge an aviation boycott imposed by four of its regional rivals.

The dispute stems from a 2018 ruling by the International Civil Aviation Organization (ICAO) that claimed it had the jurisdiction to settle a challenge brought by Qatar against Bahrain, Egypt, Saudi Arabia and the United Arab Emirates.

The so-called Anti-Terror Quartet accused Qatar of supporting terrorism and announced an  end to all air, land and sea traffic in the summer of 2017. Qatar, in turn, said the air boycott violated its sovereignty as well as an international convention on aviation.

The four allies appealed the ICAO decision, arguing its involvement in the case was "manifestly flawed and in violation of fundamental principles of due process and the right to be heard."

But on Tuesday, the Hague-based International Court of Justice (ICJ) rejected the appeal, opening the door for the world aviation body to act in Qatar’s case.

"We welcome today's decision by the International Court of Justice that will see the blockading states finally face justice for violating international aviation rules," said Qatari Minister of Transport and Communications Jassim Saif Ahmed al-Sulaiti in a statement.

The quartet’s rivalry with Qatar stems in part from its support for Islamists during the Arab Spring uprising and coverage on the Qatari-funded satellite news channel Al Jazeera as well as Doha’s relations with Iran, Turkey and the Muslim Brotherhood.

Responding to the ICJ ruling, the UAE said in a statement that it "will now put its legal case to the ICAO supporting the right to close its airspace to Qatari aircraft.”