Qatar's flagship airline is seeking billions in damages from the 2017 diplomatic crisis. 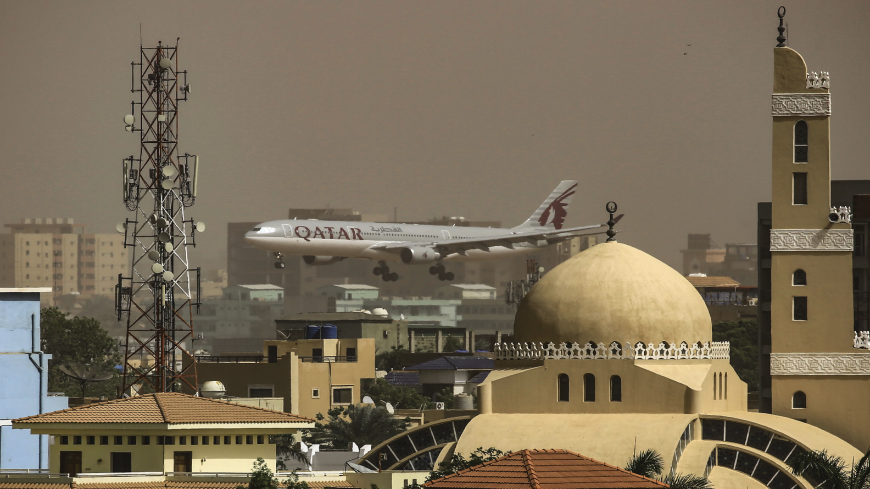 A Qatar Airways plane prepares to land at Khartoum International Airport in the Sudanese capital on March 31, 2019. - ASHRAF SHAZLY/AFP via Getty Images

Qatar Airways is suing its neighbors in the Gulf over the closure of their airspaces to the Doha-based airline.

The head of the group that owns Qatar’s flagship carrier said the closure by Saudi Arabia and its allies during the 2017 Qatar diplomatic crisis violated international aviation norms and caused unlawful damages.

“The decision by the blockading states to prevent Qatar Airways from operating in their countries and flying over their airspace is a clear breach of civil aviation conventions and several binding agreements they are signatories to,” Qatar Airways Group CEO Akbar Al Baker said in a statement.

In 2017, Saudi Arabia, the United Arab Emirates (UAE), Egypt and Bahrain closed their airspace to flights originating from Qatar. They also closed their land and sea borders with Qatar and severed diplomatic relations with Doha, among other measures. The Gulf countries said that Qatar was supporting terrorism. The dispute relates to Qatar’s support for the Muslim Brotherhood, which is an opponent of the Egyptian and Saudi governments in particular. It also tied into Qatar’s relatively closer relations with Iran and Turkey.

The airspace closure means that Qatar Airways has to circumvent Saudi Arabia, Egypt, the UAE and Bahrain when flying, leading to longer flights. It also means Qatar cannot offer services to airports in the countries.

The airline is seeking at least $5 billion from the states for compensation related to the closure, according to the statement.

Qatar Airways’ lawsuit follows an international court ruling in Doha’s favor. This month, the UN’s International Court of Justice (ICJ) ruled that the UN agency the International Civil Aviation Organization (ICAO) had jurisdiction over the airspace dispute. Qatar brought a challenge of the airspace closure to the organization, which regulates international air travel. In 2018, the ICAO ruled it had jurisdiction over the case — which Saudi Arabia and its allies appealed — but the ICJ rejected this appeal.

Qatar Airways is a major international airline, and its base in Doha is a common location for international connecting flights. The airline was unique among Middle Eastern airlines in that it has continued regularly scheduled passenger flights throughout the coronavirus pandemic. The carrier did suspend some flight routes but is now resuming many. In July, Qatar returned offering services to the Maldives, Ethiopia, Djibouti and other countries.

Also like other Gulf carriers, Qatar experienced major financial losses due to the downturn in global travel resulting from the pandemic. In May, Qatar Airways announced it was cutting jobs and seeking billions in loans.