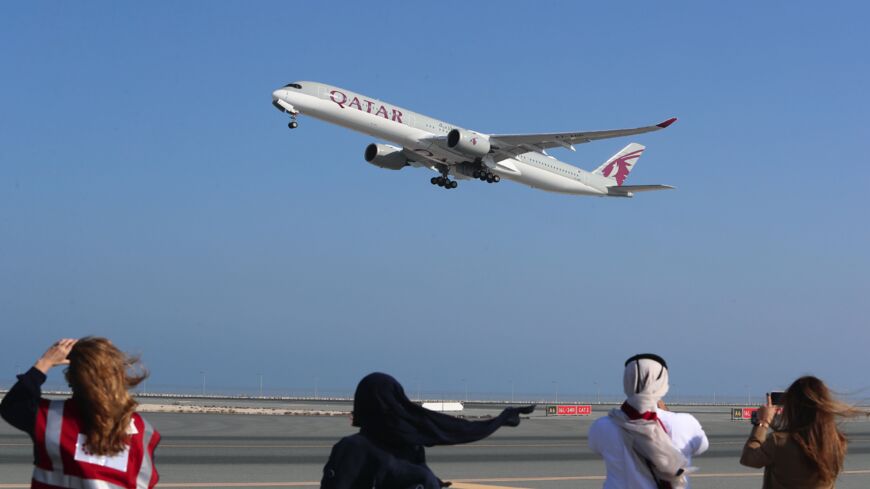 A Qatar Airways Airbus A350 takes off from Hamad International Airport near the Qatari capital, Doha, on the first commercial flight to Saudi Arabia in three and a half years following a Gulf diplomatic thaw, on Jan. 11, 2021. - KARIM JAAFAR/AFP via Getty Images

The International Civil Aviation Organization (ICAO), a United Nations body, has given preliminary support to Qatar's quest to gain control of its airspace just months after the Gulf state mended ties with its neighbors following a yearslong rift. Doha would have control of two new regions known as the Doha Flight Information Region (FIR) along with an additional Doha Search and Rescue Region (SRR). Qatar had previously ceded control of its airspace to neighboring Bahrain under a bilateral agreement.

Concluding the 223rd session of the ICAO Council on June 29, the official statement said it has agreed “in principle” to the new mapping of the skies. Having taken three years to assess Qatar’s request, the ICAO certified that the new “flight information region” over its sovereign territory and contiguous airspace was consistent with the Chicago Convention.

Soon, Qatar will be ending its air navigation arrangements with Bahrain, another Gulf Cooperation Council (GCC) state, which has been providing it air navigation services from over its sovereign territory. But while Qatar will be taking over a larger region, Bahrain will be relinquishing its hold from part of its previous airspace to the Doha FIR.

Addressing the session, Qatar’s Minister of Transport and Communications His Excellency Jassim Saif Ahmed Al-Sulaiti observed that the airspace proposal “demonstrates the huge investments made by Qatar to develop its air navigation system for the benefit of the region as a whole by providing safe, efficient and seamless air navigation services.”

Once the new plans are implemented, the Doha FIR and SRR will expand further out toward the United Arab Emirates (UAE), Iran and Bahrain. Notably, as aviation analyst Alex Macheras has highlighted, “Approximately 30% of air traffic to the UAE will pass through the new Doha FIR (airspace) once established.” Therefore, Qatar will be getting a new source of revenue once the new flight path is operational, but Bahrain will lose overflight fees and it may even impact the UAE.

Considering that Qatar sorted out differences with its four GCC neighbors only months ago, it may be treading on sensitive ground.

Back in 2017, Saudi Arabia, the UAE, Bahrain and Egypt had closed their airspace to Qatar as part of their diplomatic and economic boycott, even though it was a breach of ICAO’s Chicago Convention. Though the blockade ended in January this year, Bahrain has remained the outlier. and this new matter may complicate any further rapprochement with Qatar. Only last year, four Bahraini fighter jets had violated Qatar’s airspace in December and Doha had reported the incident to the UN Security Council.

While Doha’s ties with Riyadh and Cairo have been normalized, talks with Abu Dhabi linger on, and Bahrain has not restored trade and travel ties yet with Qatar. Last month, the Bahrain Foreign Ministry had also pointed out that Qatar has not responded to two invites it sent for delegation-level bilateral talks in Manama over some outstanding issues.

The very next day, Bahrain suddenly said it was willing to work on Qatar’s proposal to gain control of its airspace, and this was taken to be the first sign of reconciliation between the two neighbors in media reports.

Apparently, behind the scenes, ICAO members had supported Qatar’s airspace proposal even before their council session and urged Bahrain and other Gulf states to discuss and agree on “technical arrangements” for the Doha FIR.

Now, after the ICAO Council's official announcement, Bahrain has shifted gears once again, Its news agency tweeted, “The Minister of Transport and Communications stresses that any amendment in the management of air navigation in the Arabian Gulf must be carried out in coordination and agreement between the countries of the Gulf Cooperation Council.”

Having participated in the ICAO meeting and agreed with the resolution in favor of Doha, it is an unusual move by Manama. Other neighboring GCC states like Saudi Arabia had no objection to the new arrangement in earlier council meetings, but they are not directly affected by the new flight path like Bahrain.

In order to add perspective, Qatar had good reasons for approaching the ICAO.

Interestingly, though Bahrain is the smallest of all the GCC states, it has been controlling the most crucial north-south airways over the Gulf and has had the largest airspace since 1971 when it gained independence from Great Britain.

Unequally divided, the "Bahrain FIR" stretches from Kuwait right across the Gulf to the UAE, and Qatar has never had full control over its airspace. Instead, Doha had delegated its air navigation to Manama as all the military airports from British times were in Bahrain.

This might have remained the status quo if the blockade on Doha had not happened. Qatar realized the shortcomings of its air route during the three-year blockade, when Bahrain allowed Qatar Airways to depart and land at Doha Hamad International Airport but prevented it from using any other routes in its FIR.

Facing major hurdles in reaching international destinations, the airline hit a dead end as the narrow air corridor made the air blockade very effective. At that time, Iran, Turkey and Oman provided airspace access to Qatar Airways flights to Europe and Asia, and helped circumvent the blockade.

Previously, Qatar had never minded Bahrain managing it or profiting from overflight fees in one of the busiest air transit areas in the world, as both countries were members of the ICAO’s Transit Agreement and GCC states. But this was when Doha started looking for a long-term solution to the problem.

In his interviews at that time, Qatar Airways CEO Akbar Al Baker had pronounced the blockade as a “clear breach of civil aviation conventions.” Forced to take longer routes — such as through Southeast Asia, for example — Qatar Airways had to drop 18 destinations from its network. Longer flight times incurred higher fuel burn.

Adding 24 new routes to offset the impact, the airline survived but had to adjust losses as a large sector was cut off. Approximately 17.5% of Qatar Airways' weekly flights were to the same countries that had placed the boycott. Finally, Doha forwarded a formal proposal to the ICAO for the Doha FIR in early 2018.

In the official notification, the UN called on Qatar, Bahrain and other “surrounding states with an interest in this matter” to “agree to technical arrangements for the implementation of the Doha FIR/SRR.” Therefore, it is likely that Qatar will get its airspace independence and finally achieve its air sustainability goals.

Bound to follow ICAO advisories, especially this one regarding the redrawing of the skies, Bahrain has remained involved throughout the proceedings. Though the international aviation body cannot impose its decisions on states, the regulators from its 193-member countries almost invariably comply and uphold its international aviation standards.

Moreover, the ICAO termed it an “achievement of a decision” facilitated by its council and announced after a review by the ICAO Air Navigation Commission that Qatar "possesses the capabilities and qualifications necessary to manage air traffic safely and effectively.”

Shorter flight times from Doha to destinations in North America, Africa and Europe can give a further boost to Qatar as it prepares to host the 2022 FIFA World Cup. 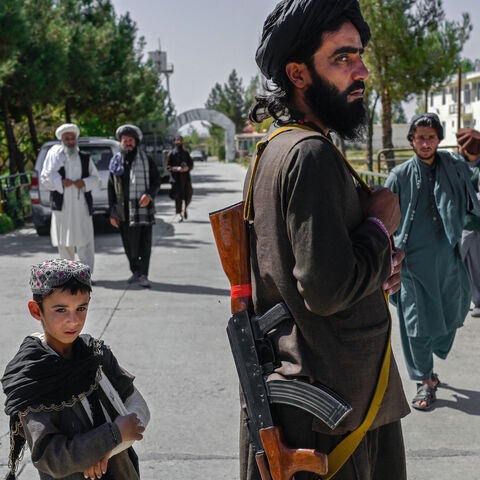 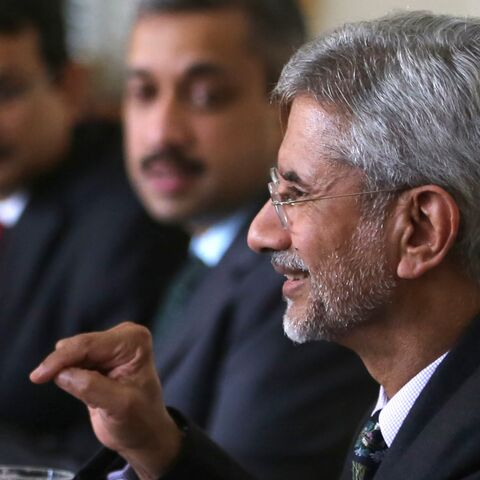