The popular Doha-based sports network had been officially blocked in Saudi Arabia since the 2017 diplomatic row between the two Gulf countries. 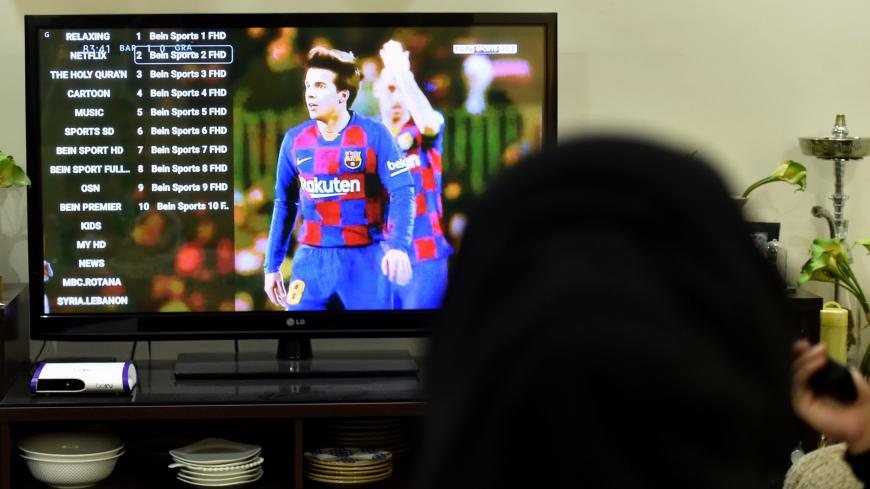 Family members watch Qatar's beIN sports channel at their home in the Saudi capital, Riyadh, on Jan. 20, 2020. Subscribing to Qatar's beIN Sports, the Arab world's leading sports channel — which has exclusive rights to Spain's LaLiga and other key tournaments — has become extremely difficult for Saudi fans since the kingdom's 2017 boycott of Qatar. Just days after Riyadh and its allies cut ties, it banned the sale and distribution of beIN receivers, and it canceled the channel's license on July 15, 2020. - Photo by FAYEZ NURELDINE/AFP via Getty Images

Saudi Arabia permanently canceled the license of the Qatari sports channel beIN sports Tuesday. The popular network has been officially blocked in Saudi Arabia since the 2017 diplomatic spat between the two countries.

Saudi authorities said beIN sports engaged in “monopolistic practices” by compelling customers to buy non-sports content in bundle deals during the 2016 Champions League soccer tournament. BeIN sports had exclusive broadcasting rights to the popular European event and required the purchases for viewing the games, according to the Saudi outlet Al Arabiya.

“This decision was arrived at through sham legal proceedings that repeatedly violated beIN's due process rights at every turn and the decision itself is not only contrary to international law but also the most basic principles of competition law,” said beIN Media Group, which owns beIN Sports, in a statement published by the state-run Qatar News Agency.

The group called its packaging of content “standard” in its statement, which Qatar News Agency published in a series of tweets.

BeIN sports is a private company based in the Qatari, capital Doha. It is a major broadcaster of sports in the Middle East, including soccer. The network also shows American sporting events such as NFL football and NBA basketball.

The cancellation is the latest development in the ongoing feud between Qatar and Saudi Arabia in the Gulf. Also Tuesday, the UN International Court of Justice ruled in Qatar's favor in a dispute arising from the air blockade Saudi, Bahrain, the United Arab Emirates and Egypt imposed on Qatar following the start of the diplomatic crisis.

Saudi Arabia, Egypt, the Emirates and Bahrain all cut ties with Qatar in 2017, alleging that Qatar supports terrorism. The dispute is related to Qatar’s support for the Muslim Brotherhood organization, which opposes the Saudi and Egyptian governments.