Although leading Hamas and Fatah members have repeatedly met in the past few days, the mid-level leading members have been skeptical, as they believe that Fatah and the Palestinian Authority are not committed to reconciliation. 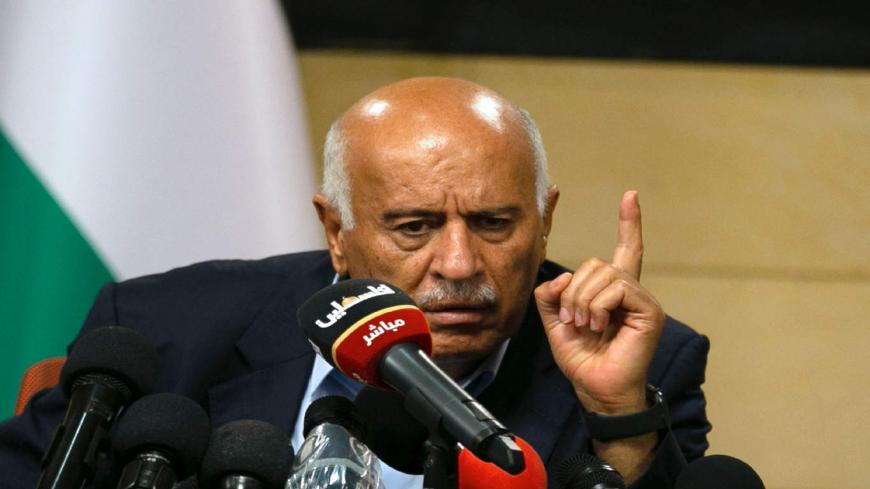 Despite the meetings and steps undertaken by Hamas’ and Fatah’s leaders to present a united front following Israel's normalization agreements with the United Arab Emirates (UAE) and Bahrain, Hamas’ middle leadership level and popular organizational bases do not place great trust in what they called “false unity,” arguing that Fatah and the Palestinian Authority (PA) have shown a lack of credibility when it comes to reconciliation with Hamas in the past.

For them, Fatah and the PA efforts are not patriotic but rather tactical, strategic, temporary and stem from their own interests. They claim the PA and Fatah did not change their security services’ approach toward Hamas in the West Bank, as they continue to arrest and summon Hamas cadres despite the positive meetings in front of the cameras and under the pretext that they fear Hamas will take control of the West Bank as it did in the Gaza Strip in 2007.

The Committee of Families of Political Prisoners in the West Bank, a nongovernmental institution concerned with the affairs of Hamas members imprisoned by the PA, said in its monthly report issued Sept. 10 that the PA continues its violations, arresting 30 political activists, summoning 33 people, and raiding nine homes and workplaces. The violations, according to the report, targeted 24 former prisoners, 24 released political prisoners, university students, journalists, teachers and university lecturers, most of whom are Hamas cadres. The most violations were recorded in the West Bank city of Hebron, followed by Jenin and Nablus.

Nayef Rajoub, former minister of endowments in the Hamas-run government and a Hamas leader in the West Bank, told Al-Monitor, “The movement welcomes any step to end the division and bless any effort in this direction. Yet our experience with the PA has been bitter. Numerous agreements were signed with the PA in the presence of regional and international witnesses. Every time, the PA would circumvent what was agreed upon. Based on that, we need to see how it is going to act on the ground in order for the Palestinian street to be reassured and see that it is being serious in overcoming differences and divide.”

"Based on that," Rajoub added, "the PA needs to implement what is being said on the ground without contenting itself with media remarks and meetings. This is because it is a shame that the arrests, summons and harassment of Hamas in the West Bank continue.”

“I fear that the [rapprochement] steps taken toward Hamas may be tactical and stemming from the PA’s own interests after it reached a dead end, and that it wants to use [the Hamas] card in front of Israel and the Americans,” Rajoub continued.

Since the outbreak of the coronavirus in the West Bank in February, the PA has summoned and arrested Hamas activists across the territory and investigated with some into their social media posts. That has prompted Shaker Amara, a prominent Hamas leader in the West Bank, to describe such a policy as an act of sabotage of national efforts and a consolidation of the divide.

However, Ehud Hamo, a correspondent for Israeli Channel 12 in the West Bank, revealed in a Sept. 16 report that the PA leadership issued instructions to its security forces in the past days following the signing of the Arab normalization deals with Israel in Washington not to arrest any Hamas member unless it is an extreme, sensitive case.

Yahya Moussa, a Hamas leader in the Gaza Strip who also chairs the Human Rights and Oversight Committee at the Palestinian Legislative Council, told Al-Monitor, “Since its inception, the PA has taken the path of negotiations with Israel. It is unwilling to change this course because its interests are correlated with Israel, despite the rupture today. We are in a position that will neither lead us to a national reconciliation nor to resist the occupation. I am not optimistic about any upcoming steps, because the PA is not serious about that and it does not want to have a competitor or any other program in the political arena. It even views the green Hamas flag as an existential threat. Abu Mazen (Mahmoud Abbas) no longer has a political presence; no one raises the phone to speak to him and everyone is waiting for the end [of his term]. It is strange how all of a sudden Hamas steps in to save him with the courteous remarks.”

Although pessimism prevails over Hamas’ middle leadership about the rapprochement with Fatah, Hossam Badran, a member of Hamas’ political bureau who is in charge of the national relations’ file, said in a televised statement on Sept. 15, “Hamas seeks to stand by Fatah and all Palestinians in the liberation battle if there is an agreement on the popular resistance and there are contacts to solve the internal Palestinian situation.”

Meanwhile, some PA circles believe that Jibril Rajoub, secretary-general of the movement’s Central Committee who is leading the efforts to communicate with Hamas, is not backed by all of Fatah. They believe he is seeking rapprochement with Hamas for his own personal gains among Palestinians and not to achieve Palestinian reconciliation.

Sari Arabi, an expert on Islamic movements and an author for Arabi21, told Al-Monitor, “Hamas believes that a rapprochement with the PA is better than a rupture, even though it does not lead to a serious reconciliation, a real unity or a shift in the PA policy.”

He said, “Hamas cannot refuse to communicate with the PA, even in the media, in order to counter the annexation and normalization plans, although the PA benefits from Hamas’ propaganda among the Palestinians. Yet the problem resides in some of the Hamas leaders’ exaggeration when it comes to unity with Fatah. That is why they need to listen more to the middle leadership level whose vision is realistic when it comes to the PA. The true reconciliation and serious popular resistance implies a confrontation with the Israeli occupation, which the PA’s ruling class rejects.”

Commenting on rapprochement, skeptics within Hamas believe the PA has not given leeway for any serious popular resistance and has not led any effective resistance since the United States declared Jerusalem as the capital of Israel and announced the Mideast peace plan.