Antonio Guterres, the UN secretary-general, said 22% of those detained in Libya's holding facilities for migrants are children. 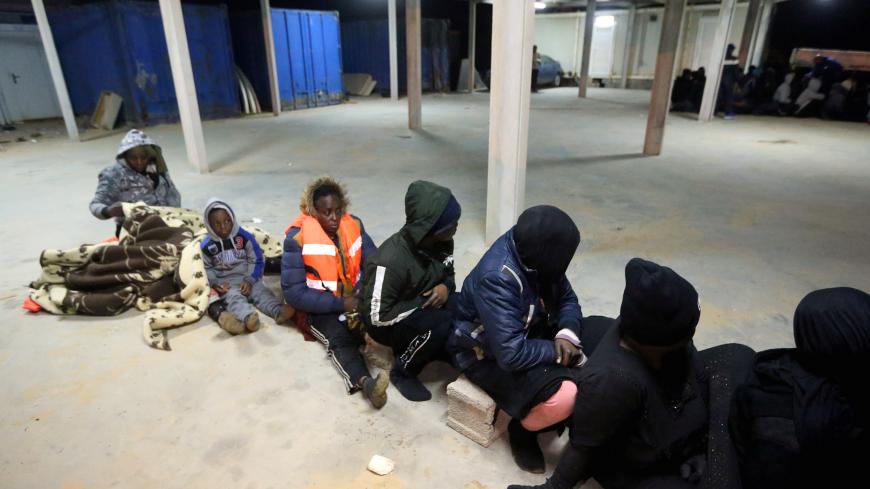 Migrants are pictured in the Libyan town of Tajura, about 14 kilometres east of the capital Tripoli, after some 240 illegal migrants of different African nationalities were rescued from the Mediterranean late on Feb. 18, 2020. - MAHMUD TURKIA/AFP via Getty Images

UN Secretary-General Antonio Guterres renewed his call for Libya’s authorities to close migrant detention centers across the country, describing a raft of human rights abuses inside the facilities.

In a report submitted to the Security Council on Thursday, Guterres said more than 2,780 migrants were detained across the war-ravaged country as of July 31. Twenty-two percent of those held are children.

Inside the facilities, men and boys are frequently threatened with violence and their families are pressured to send ransom money, according to the report.

"Migrants and refugees have been shot at when they attempted to escape, resulting in injuries and deaths," the report said. Some considered too weak to survive were even "left on the streets or bushes to die.”

Since the toppling of longtime Libyan dictator Muammar Gadhafi in 2011, Libya has become a main transit country for migrants from sub-Saharan Africa. The Mediterreanean Sea route is a perilous journey but thousands of migrants risk it every year for the chance of a better life in Europe.

In August, at least 45 migrants drowned when their boat capsized off the coast of Libya. The UN estimates more than 300 people have died attempting the central Mediterranean crossing since the beginning of this year.

Migrants in boats bound for Italy or other European countries are often intercepted by the Libyan coast guard and forcibly transferred to government-affiliated detention centers. Human Rights Watch has documented “severe overcrowding, unsanitary conditions, malnutrition, and lack of adequate health care” inside the facilities.

The deeply fractured country is embroiled in a civil war between Khalifa Hifter’s self-styled Libyan National Army and the Tripoli-based, UN-backed Government of National Accord. Each side is propped up by an array of foreign backers seeking greater influence in the Middle East.

In his report, Gutteres pointed out that no one has been held accountable for the July 2019 airstrike near Tripoli that killed more than 50 people, mostly African migrants, and injured 130 others. Libya’s UN-backed government blamed the United Arab Emirates, a main backer of Hifter, for the strike.