Islamists gear up for elections in Jordan amid widespread voter apathy

The Islamic Action Front, the political arm of the Muslim Brotherhood, reverses its decision to boycott parliamentary elections. 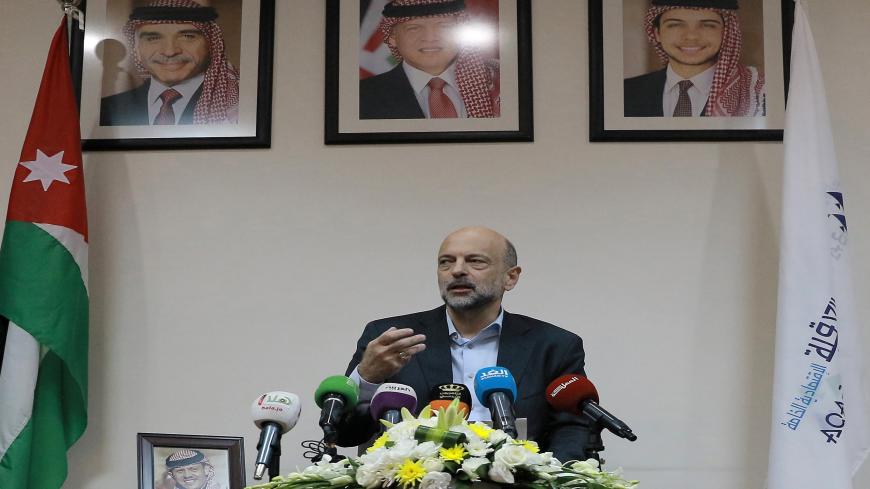 Jordan’s King Abdullah put an end to speculations concerning giving an extension to parliament, whose four-year term has expired, when he issued a decree dissolving the legislature on Sept. 27, thus confirming that general elections will be held on Nov. 10 as planned. Accordingly and following the constitution, the government of Omar Razzaz must resign within days and a new prime minister will be named.

A week before, on Sept. 21, the political arm of the Muslim Brotherhood — the Islamic Action Front (IAF) — announced that it had decided to contest the November elections. The decision was adopted after lengthy internal debates following a series of legal and political setbacks the movement had sustained this summer. On July 16, Jordan’s Court of Cassation, the country’s highest court, ruled that the Muslim Brotherhood is dissolved by law and no longer has legal status, for failing to correct its status in compliance with Jordanian laws. The ruling, which could be appealed, was the culmination of years of legal battles where lower courts had recognized the group’s status and restored access to their assets.

IAF Secretary-General Murad Adaileh told Al-Monitor that the decision to participate in the elections was taken after extensive internal discussions. “We decided to run in order to confront pressures aimed at weakening the Jordanian state so that it accepts the 'deal of the century' and settle [Palestinian] refugees permanently in the kingdom, which coincides with the normalization race with the Zionist entity,” he said. “We wanted to be the voice under the dome that expresses the Jordanian people’s rejection of such pressures.”

He said that boycotting the election was an option in response to the state’s clampdown on activists, especially after the crisis of the Teachers Association.

In 2016, the party formed a national coalition that included Christians and leftists and won 15 seats in the 120-member Lower House of parliament making it the biggest opposition bloc.

Hussein al-Rawashdeh, Addustour columnist and expert in Islamist movements in Jordan, expects the IAF to repeat the 2016 model and build a large coalition. He told Al-Monitor that he expects the Islamists to keep their previous number of seats, if not less. “What matters is that they will be represented and will work from within the system in a goodwill gesture to the government,” he said. He noted that the Muslim Brotherhood realizes that their historical partnership with the regime had ended with the Arab Spring in 2011, when they supported protesters and called for deep reforms.

“They cannot afford to boycott the elections because this will deliver a final blow to their ties with the state, so for now they will maintain a minimum presence through their political party,” Rawashdeh added.

Pundits believe that the Islamist movement had lost a considerable margin of its public support. But with the absence of influential alternative parties they remain the only organized and experienced political movement. Earlier in September, the Civil Alliance — made up of mainly secular figures and parties that believe in a democratic and civil state — broke up over internal differences and state interference. It had delivered two candidates to the Lower House in 2016.

The government’s clampdown on activists and journalists under a Defense Law that was put into action last March to deal with the impact of the coronavirus has made it unpopular among Jordanians and drew criticism from international human rights bodies. Moreover, the government, whose initial measures to confront the pandemic were praised, suddenly lost control as infections spiked in August and September with the daily rate surpassing 500 cases.

Aside from the health debacle, economic growth continued to shrink while the rate of unemployment had reached an unprecedented 23%, while the national debt increased by $5.6 billion in the last three years.

Public frustration with both the government and members of parliament is the main reason why 74% of Jordanians believe things are moving in the wrong direction, according to a poll conducted by the University of Jordan’s Center for Strategic Studies and published Sept. 27. Only 10% believed that things are heading in the right direction, But what is astounding is that a staggering 59% of Jordanians will boycott the November elections, with 61% expressing no confidence in candidates running.

In contrast, a poll conducted by a local center — Rased — and published Sept. 7, showed that 45.9% of Jordanian youth (ages between 19 and 22) do not intend to participate in the upcoming elections.

Jordanians vented their frustration with the outgoing government on social media, but did not express optimism about the future either.

The head of Addustour daily business section told Al-Monitor that Jordanians want to see the economy recovering as their first priority as well as a successful strategy in confronting the coronavirus. “These are two major tasks for the new government — as important as managing the elections in a way to produce a credible parliament that can restore public trust,” he told Al-Monitor. “It’s a tall order and time is running out."