Could Netanyahu's attacks on law enforcement cost him his job?

For the first time since police began investigating Prime Minister Benjamin Netanyahu, Attorney General Avichai Mandelblit held an internal consultation to consider whether the premier should be declared incapacitated and forced to step aside. 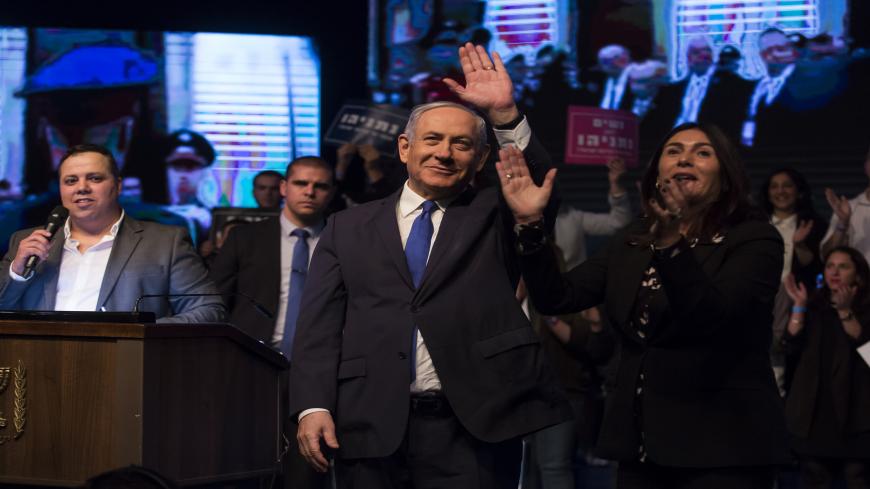 Israel crossed a glaring red line this week as it continued to tumble in free fall toward one of the most severe political-constitutional crises in its history. For the first time since the police began investigating suspicions of corruption against Prime Minister Benjamin Netanyahu almost four years ago, Attorney General Avichai Mandelblit held an internal consultation this week to consider whether Netanyahu should be declared incapacitated and forced to step aside.

Israeli law allows for the “temporary incapacity” of top office holders for various reasons. The “incapacity” turns permanent following 100 days and the office holder is supposed to be replaced. The only precedent in Israeli history for such incapacity dates to January 2006, when Prime Minister Ariel Sharon suffered a stroke and fell into a coma. Then the reason was related to health. The issue is on the agenda now for an entirely different reason.

When police launched investigations into suspected corruption by Sharon’s replacement, Prime Minister Ehud Olmert, a demand came up for the Supreme Court to order then-Attorney General Meni Mazuz to declare Olmert incapacitated. It was argued that Olmert was unable to fulfill his duties due to the various investigations against him and was abusing his power to hamper the work of the police. The justices rejected the petition but their ruling laid the foundations for a declaration of incapacity should a prime minister abuse his power to undermine law enforcement authorities for personal reasons. Olmert did not cross that line and resigned in 2008, well before he was indicted.

Netanyahu has been waging a holy war against law enforcement authorities for the past two years, even before his indictment on charges of corruption in January 2020. He has intensified his assault in recent days to such unprecedented levels that Mandelblit considered demanding his recusal. Chances of that happening are slim. Such a decision by Mandelblit could conceivably bring Israel to the brink of civil war between half the Israelis who worship Netanyahu and the other half who despise him. On the other hand, the very fact that such a step is even being contemplated and that quite a few Israelis are calling on Mandelblit to save Israel and declare Netanyahu incapacitated is unprecedented in the annals of the state.

Netanyahu’s continuous attacks on law enforcement authorities have turned into a siege in recent weeks. A top law enforcement official told Al-Monitor on condition of anonymity that his colleagues feel they are facing “a powerful machine of destruction operated by the prime minister’s residence, which will not ease up until it has completely destroyed our public credibility.” Exploiting his bastions of power, including the Justice Ministry that he controlled until four months ago — through Likud Justice Minister Amir Ohana — Netanyahu has been gathering information on various missteps or mistakes by law enforcement authorities, and feeding it to his favorite journalists in order to undermine the legitimacy of the system, which he accuses of plotting to overthrow him.

This week he exploited the January 2017 police shooting death of Yakud Abu al-Kiyan, an Israeli Bedouin teacher from the Negev village of Umm al-Hiran in order to “prove” that authorities made a habit of whitewashing mistakes, fabricating evidence and rigging criminal complaints. The Justice Ministry responded with a list of six lies that it accused Netanyahu of telling in one of his speeches on the issue this week.

Such incredible events are now occurring on an almost daily basis. Former State Prosecutor Shai Nitzan, whom Netanyahu pointed to as the chief culprit in the Abu al-Kiyan affair, has given interviews in recent days accusing the prime minister of lying and incitement. Netanyahu’s people, on the other hand, kept up their barrage of invective on law enforcement authorities, and even blatantly threatened Mandelblit. Israel has not known such constitutional chaos of governance since its establishment 72 years ago.

This is all happening as Israel battles the relentless spread of the coronavirus. The daily record-breaking number of cases reported here earlier this week has now crossed the 4,000 mark, placing Israel first in the world in terms of infections per capita, although the mortality rate is relatively low, for now. The government’s failure to control the pandemic has resulted in a ministerial committee decision to impose a two-week nationwide lockdown from the end of next week. The Cabinet is expected to approve this measure on Sunday.

The lockdown, the second such measure this year, will cover the period of the Jewish High Holidays starting with the Jewish New Year eve, on Sept. 18. The quarantine is expected to have a serious impact on the economy, still reeling from the effects of the previous lockdown with a deteriorating budget deficit and deep unemployment. Meanwhile, the public protests demanding Netanyahu’s ouster are gaining steam, and the divisions within Israeli society, exacerbated by Netanyahu’s conduct, are intensifying. Prospects of healing are nowhere in sight.

The growing pressure is not making a dent in Netanyahu’s determination to keep up his fight. This prime minister does not intend to give up anything, ever, and as President Reuven Rivlin predicted several years ago, Netanyahu intends “to burn down the club and all its members before he cedes power.” This coming week, Netanyahu is heading to Washington for a White House signing ceremony Sept. 15 of the normalization agreement between Israel and the United Arab Emirates. Impervious to the protests against him and lacking any social sensitivity, Netanyahu and his wife Sara have decided to fly to Washington on a private plane that the government will lease from its wealthy Israeli owner, rather than on the plane carrying the official Israeli delegation to the event. His office explained that the decision stems from concern about coronavirus infection during the long flight.

The explanation did not quell the public outrage that erupted over news of the private flight. Netanyahu was unfazed. Years of investigations, a criminal trial, public censure, mass protests and a deep economic and health crisis — none of these are undermining his resolve nor dampening his spirits. It was only after hours of public criticism and pressure, that Netanyahu’s office announced he will be joining the official Israeli delegation flight. Netanyahu is used to mounting rearguard battles against all chances. He is not considering surrender, even for a moment. And as of now, he holds unchallenged sway over his Likud party and a significant number of Israeli voters. To be continued.