Israel-UAE deal could have happened four years ago

A regional peace conference that would have included the United Arab Emirates nearly came about four years ago, when former opposition head Isaac Herzog was negotiating to join Benjamin Netanyahu's government. 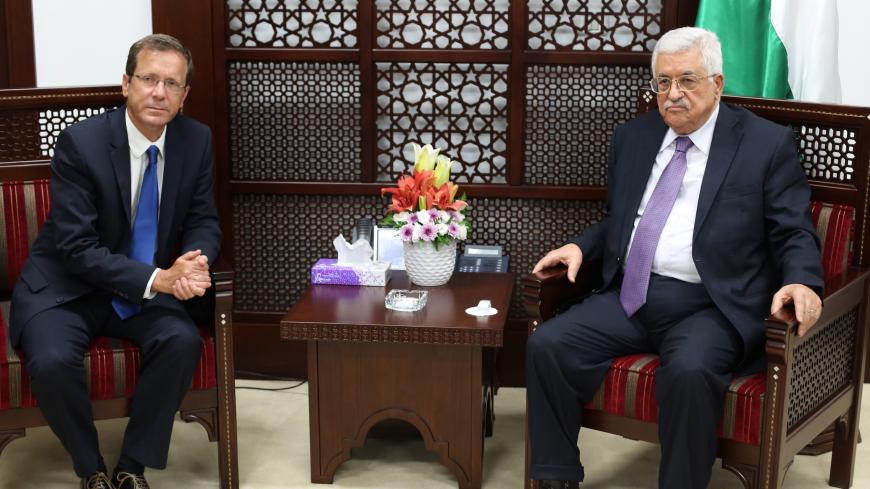 El Al flight 791 made history on Aug. 31 when it flew directly from Tel Aviv to Abu Dhabi. However, it could have taken off four years ago. This week's historic event could have happened in 2016, when “regional peace” was taking shape in a series of clandestine contacts among various parties. The cast included former UK Prime Minister Tony Blair, Israeli Prime Minister Benjamin Netanyahu, Israeli opposition leader Knesset member Isaac Herzog, US Secretary of State John Kerry and a series of Arab leaders including Egyptian President Abdel Fattah al-Sisi and Crown Prince Mohammed bin Zayed of the United Arab Emirates.

For Herzog, the former Zionist Camp party leader, current chair of the Jewish Agency and presidential hopeful, the missed opportunity was surely bitter. He could have been an honored guest on the flight. Throughout 2016, he conducted secret negotiations with Netanyahu on joining his government. The idea was that Herzog and his party would join Netanyahu’s radical-right coalition government to shore up its slim margin of Knesset support (61 of 120 seats), and together the two would launch a regional peace initiative. They intended to upend the Middle Eastern paradigm that set Israeli peace with the Palestinians as a precondition for official ties with the Arab world, abandon the Palestinian issue and start instead from the outside and work their way inward.

The UAE was first on the list of peace partners followed by other Arab states, among them Saudi Arabia. Herzog visited various Arab states and found that an impressive number of their leaders were willing to go along with the move. His intensive negotiations with Netanyahu were conducted in two stages, the first around March of 2016 and the second in September of that year. The two political rivals came to an agreement but when it came time to sign, they both got cold feet. Netanyahu feared the wrath of right-wing lawmakers and ministers and Herzog faced strong opposition by some of his party members, chief among them Shelly Yachimovich. All contacts were suspended. Regional peace was postponed, only to break out this week, without Herzog in attendance.

Blair was the key sponsor of the idea. Herzog recounted this week to Al-Monitor that Blair was a close personal friend of bin Zayed, himself a close and influential friend of Saudi Crown Prince Mohammed bin Salman. Blair was also a close friend of Sisi. Blair spent a lot of quality time with bin Zayed and told Herzog fascinating stories, for example about an Emirati F-16 squadron with all-female pilots.

Netanyahu’s move was prompted largely by concern over Hillary Clinton’s presidential run. No one seriously believed that Donald Trump would beat her that year and the Israeli leader was terrified of having to face yet another member of the Clinton family, following his disastrous experience with her husband. He therefore wanted to form a stable centrist coalition before Clinton entered the Oval Office. The politically moderate Herzog was supposed to smooth Netanyahu’s way in Washington. If the byproduct were a diplomatic regional peace initiative and the start of reconciliation with the Sunni axis, all the better.

Progress on the initiative was serious, deep and exciting. Herzog shuttled between various capitals to gather support. He met with then-French President Francois Hollande in Paris, with German President Frank-Walter Steinmeyer, with UK Prime Minister David Cameron in London and even popped over to Ramallah for several sit-downs with Palestinian President Mahmoud Abbas. It was hoped that the Palestinians would join the initiative and convince Abbas to renew negotiations with Israel suspended in 2014. However, Abbas dug in and refused to go along, rejecting overtures by numerous envoys from the Gulf, Egypt and other states. He wanted nothing to do with Netanyahu.

Herzog, Blair and the others did not give up. Netanyahu’s goal was also to appease President Barack Obama in the final months of his term in light of reports that the American leader was planning to retaliate for Netanyahu going behind his back to address a joint session of Congress on the Iran deal in March 2015. Herzog’s entry into his government and renewed negotiations with the Palestinians were supposed to provide Netanyahu with protection. The coalition deal was sewn up. The contacts between Netanyahu and Herzog could be grist for a book or even a hit television series. On the eve of Yom Kippur 2016, both bailed out — Herzog freaked out at the uprising within his party and Netanyahu was already under siege by hawkish Likud ministers Yariv Levin and Ze’ev Elkin and Justice Minister Ayelet Shaked of Habayit Hayehudi.

The grand plan on which so many had worked for so long was buried. It was supposed to have been launched at a festive regional peace conference in Cairo under Sisi’s auspices and followed by talks with the Gulf states on normalization of ties with Israel. Under his deal with Netanyahu, Herzog would have taken the post of foreign minister. Netanyahu also promised him that he would try to tempt Abbas back to the negotiating table. The wheels of Israeli politics ground all these plans into dust. At the last moment, under pressure from his Likud ministers and Shaked, Netanyahu opted to bring Yisrael Beitenu into his coalition instead of Labor and to appoint its chair Avigdor Liberman as defense minister instead of the Likud’s own Moshe Ya’alon.

Herzog was crushed. What happened did not make political sense. Netanyahu could have sealed Herzog’s entry into the government, cemented a Knesset majority and then derailed the regional peace deal. He has vast experience in reneging on political deals. On the other hand, the peace move could also have gelled. Either way, four years on, Liberman is Netanyahu’s greatest nemesis, the Zionist Camp and Labor are defunct, the prime minister is entangled in a criminal trial and the political arena is in chaos. Nonetheless, amid the turbulence, the idea of regional peace and deconstruction of the paradigm that had guided Mideast policy for decades has ripened. Trump, unlike his predecessor, never took to the Palestinians and decided they should be made to pay for what he views as their rejectionist attitudes to peace.

Tony Blair said it all to Herzog at the time, after the move tanked: The train has left the station. It will happen eventually, he predicted. Blair was right.