Is Israel-Gulf business ready to take off? 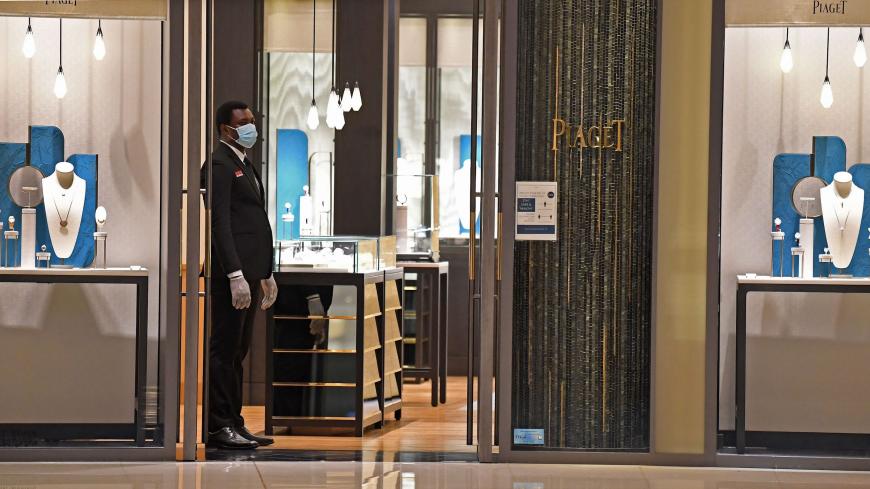 A security guard wearing a protective mask to combat the spread coronavirus stands guard outside a store in the Mall of Dubai on April 28, 2020, after the mall was reopened. - KARIM SAHIB/AFP via Getty Images

Normalization between Israel and two Gulf Arab states, Bahrain and the United Arab Emirates, is bound to create some interesting economic opportunities for the broader Middle East. Defense sales will certainly be part of the dynamic, both to the Gulf as in the coveted F-35 program from the United States to the UAE, and in sensitive defense and security technology between the Gulf states and Israel already underway. Other state-to-state co-investments are likely in biotech and even in state financial vehicles. There are already lines of credit and banking ties growing between two partly government-owned banks in the UAE and banks in Israel. And Bahrain will certainly promote its growing financial technology centers for Israeli investment. Israeli investors and entrepreneurs seeking to reach broader markets in the Middle East will be able to base their operations in Dubai or Abu Dhabi.

But for smaller business owners and entrepreneurs, where will the opportunity be? In fact, in many of the sectors in which Israel historically has expertise, the Gulf states have already made significant inroads, so much that the Gulf may be a source of innovation and new business for Israel.

Take agriculture and food security, for example. The UAE has prioritized food security since the 2018 release of its National Food Security Strategy 2051. Since the COVID-19 pandemic, that effort has intensified. In June 2020, the UAE government approved a National System for Sustainable Agriculture to increase self-sufficiency in crops, reduce irrigation needs and increase the sector's workforce. There have been advances in hight-tech vertical farming methods like hydroponics, aeroponics and aquaponics. The Emirates Group will launch the largest vertical farm in the world in a joint venture with US firm Crop One to build a 12,000-square-foot facility that will produce an output equivalent to 900 acres of farmland, using 99% less water. Aquaculture, or fisheries, is another key sector for investment with a number of local companies already active, according to a report by Emirates NBD.

Israeli agribusiness has been able to attract foreign investment, but perhaps at the expense of national food security. In Israel, much of the agribusiness sector has been bought up by Chinese investors. The Chinese state-owned Bright Food Group acquired control of Tnuva, Israel’s largest dairy concern, in a 2015 deal valuing Tnuva at approximately $2.5 billion. In 2011, the China National Chemical Corporation acquired Israel's Makhteshim Agan Industries, the world’s largest generic agrochemical producer (now “Adama”).

As for foreign investment in Israel, there are restrictions on some Arab nationals who will not be allowed to own a business or invest in Israel, even if legal residents of the UAE. If their business or legal entity also conducts business in or was incorporated "under the supervision of an enemy state," which includes Syria, Lebanon, Iran or Iraq, according to Israel's Trade with the Enemy Ordinance of 1939, that business and investment would be illegal, according to current advice from Westlaw.

There are some obstacles to Israelis taking advantage of the personal income tax-free environment of the UAE as well. Israelis are taxed on a world-wide basis, as are US citizens, such that income is taxed regardless of the place where it was produced, derived or received (with some variations). Corporate tax rates in Israel are about 23% and the value-added tax is 17%, a stark increase for most businesses operating in the UAE.

In tourism, the market for observant Jews visiting the UAE seems to have been snapped up by leaders within the local Jewish community, in the creation of new catering and Kosher food businesses with a captive mandate in Abu Dhabi hotels. But for many Israelis who may visit Dubai, Kosher food will not be a priority. Entertainment and hospitality will be key, and hotels across a range of price points will benefit from a new tourist market. Real estate may also benefit, as the slump in over-supply of apartments in Dubai that were geared toward a Chinese second-home and investor market may be of interest to Israelis. Israel has had a housing crisis in which many young people have not been able to afford a home of their own. Gulf developers may see an opportunity.

On the other side, the most prominent Gulf-financed housing development in the West Bank is the planned city of Rawabi. The developers of the project include the property investment arm of the Qatari sovereign wealth fund, Qatar Investment Authority. The project started in 2008 as an initiative to promote a new urbanism and idealized Palestinian state but failed to attract buyers and navigate issues like dependence on Israeli utilities for water and electricity. The agreements signed at the White House were particular in their exclusion of Palestinian statehood and any commitments toward investment in or promotion of Palestinian interests. For Gulf real estate developers, there could be some obvious opportunities in the future.

For tourism in Israel, if the agreements extend to allowing Emiratis and Bahrainis to visit Jerusalem, there is a strong demand for better luxury hotel options and retail outlets. An Emaar-style makeover in Jerusalem would be a welcome change from the sometimes overpriced and threadbare options in comparison to Gulf standards.

In retail, Israel's shopping malls and boutique offerings pale in comparison to Gulf norms. The informality of Israeli fashion (short sleeves and sandals in the office are common) sit in juxtaposition to the high-end luxury brands and "dress to impress" culture common in the Gulf. Even in the most upscale pedestrian shopping area of Jerusalem, the Mamilla Mall, there is significant room for brand expansion. Tel Aviv boasts more local designers, and in this sense, the available market of Gulf customers could be a boon for those firms looking to build a more international client base. Jewelry and the diamond trade are another point of synergy between Israel and the UAE. There are already many Israeli dual-passport holders in the jewelry trade in Dubai and their businesses will be facilitated by normalization. The traditional diamond trade is more likely to gain traction in Dubai, with its strategic location closer to African mining sources, and its customer base in the Gulf and in South Asia.

Normalization will begin with acculturation, in which Israelis encounter the luxury of Emirati hospitality, and Gulf visitors to Israel contemplate its market opportunities and obstacles, from the tax climate to the potential for extensive development in sectors from real estate to tourism to retail — the sectors the Gulf knows best.