As Israel enters a strict nationwide lockdown, activist groups say they will swap mass rallies with car convoys to express their anger at the government and Prime Minister Benjamin Netanyahu. 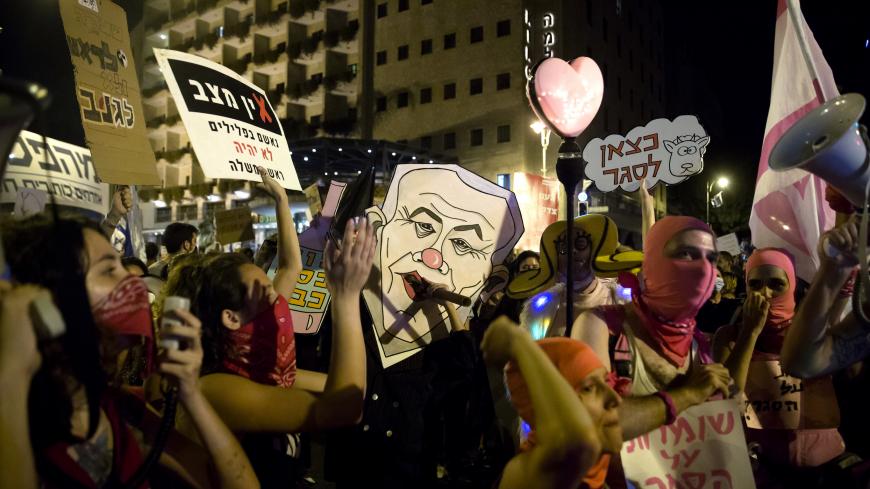 Eight organizations announced today that they will change their demonstration plans scheduled for tomorrow night, Sept. 26, according to social distancing regulations so that the government will have no excuse to ban the protests. The organizations said that instead of gathering en mass outside the Jerusalem residence of Prime Minister Benjamin Netanyahu — as they have been doing for several months — they will drive to Jerusalem in a vehicle protest convoy. Once in Jerusalem, anti-Netanyahu groups Crime-Minister and Kumi-Israel plan to stage a demonstration in another open space, in accordance with the rules set by the government last night. The Movement of Quality of Government in Israel said it will organize a vehicle convoy to the prime minister’s private residence in Caesarea.

Hundreds of people participated this morning in anti-Netanyahu protest convoys across the country as Israel entered a complete lockdown that will last at least through the high holiday season.

Israel entered a second nationwide lockdown on Sept. 18, the eve of the Jewish New Year, but with coronavirus infections increasing, the government decided to tighten the rules further as of today at 2 p.m. local time. The tightened nationwide lockdown includes the closure of all non-essential industry and businesses, strict restrictions on travel and gatherings and the closure of houses of prayer. Worship is allowed only outdoors in groups of no more than 20 people. Only 2,000 people would be allowed to demonstrate outside Netanyahu’s Jerusalem home, in keeping with social distancing rules. The lockdown is slated to last two weeks, including the holiday of Sukkot. Health Ministry officials warned that it may be extended if infection rates do not slow considerably.

The decision earlier this week to tighten the isolation rules generated much anger in large swaths of the population. Business and restaurant owners say that won’t survive this second strict lockdown. Restrictions against demonstrations and praying at synagogues also sparked strident objections. Netanyahu’s ultra-Orthodox partners pressured the government to enable community prayers on Yom Kippur (Sept. 27-28). Opposition members and members of the Blue and White Party pushed for the preservation of the civil right to demonstrate. The government is expected to revisit the issue of demonstrations.

This morning Israel’s Health Ministry reported that more than 8,000 new cases had been registered yesterday, a new record.