Dijlah TV was attacked after playing music during an event marking the Shiite holiday of Ashura. The owner, who has been charged with insulting Shiite Muslims, blames Iran-backed militias for the incident. 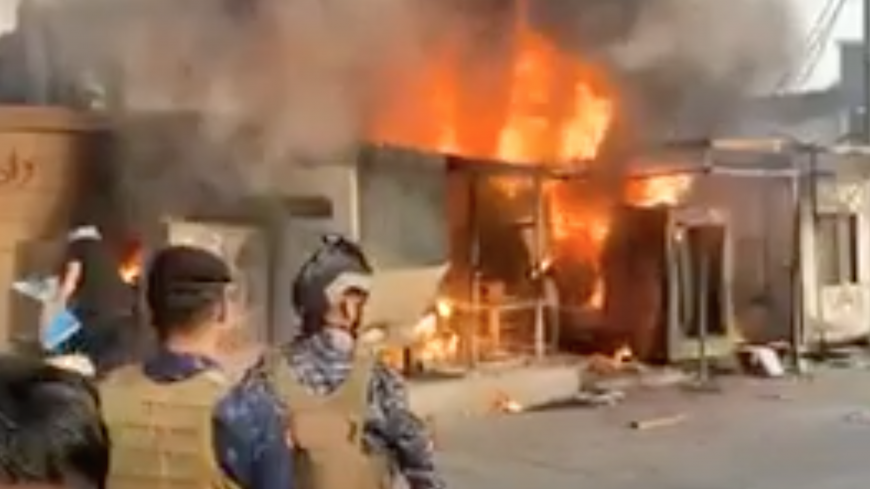 An Iraqi television station was attacked for programming considered offensive during a Shiite Muslim commemoration. And now the government has issued an arrest warrant for the network’s owner over the alleged insults.

On Monday, protesters headed to the Baghdad office of Iraqi news outlet Dijlah, where they started a fire and damaged property. Iraqi media outlets reported that the outrage was over Dijlah's music programming during the Ashura event Aug. 28-29.

Ashura commemorates the death of third Shiite Imam Husayn ibn Ali, who was murdered in A.D. 680. Ashura is a solemn occasion of mourning.

Security forces responded to the attack, which included “down with Dijlah” spray-painted on the walls outside the station.

An arrest warrant for Dijlah’s owner, Jamal Karbouli, was also issued by a Baghdad court on Monday. Karbouli allegedly insulted Shiite Muslims with his channel’s programming, according to the Committee to Protect Journalists. The US-based organization called on Iraqi authorities to drop the charges, saying the warrant violates press freedom.

“Offending religious sentiments cannot be a justification for ordering the arrest of the owner of a broadcaster, especially when the broadcaster has already issued a public apology,” the committee said in a statement. “We call on Iraqi authorities to immediately revoke the arrest warrant against Jamal Karbouli and allow Dijlah TV to operate freely and without fear of retaliation.”

Dijlah issued an apology on Sunday, the day before the attack.

In a statement of his own following the incident, Karbouli said he respects the court and will appear before it. He also took a shot at militias he accused of being behind the attack on Dijlah.

Karbouli is referring to Iran-backed, largely Shiite Muslim militias in Iraq known as the Popular Mobilization Units (PMU) that regularly fire rockets at the Green Zone in Baghdad, where many embassies are located.

It is possible the attack was carried out by the PMU for political reasons. Dijlah has covered anti-government protests in Iraq extensively. These protesters are largely against the PMU, accusing them of participating in the violent crackdown against the demonstrations.

Karbouli is Iraqi, but the channel is based in Amman. Dijlah has an office in Iraq and broadcasts there, according to the Committee to Protect Journalists.

by Murielle KASPRZAK and Joseph SCHMID | AFP | May 26, 2022
END_OF_DOCUMENT_TOKEN_TO_BE_REPLACED