Owners of Iranian fuel seized by US raise challenge in court

The US Justice Department says the companies challenging the fuel seizure are fronts for Iran's Islamic Revolutionary Guard Corps. 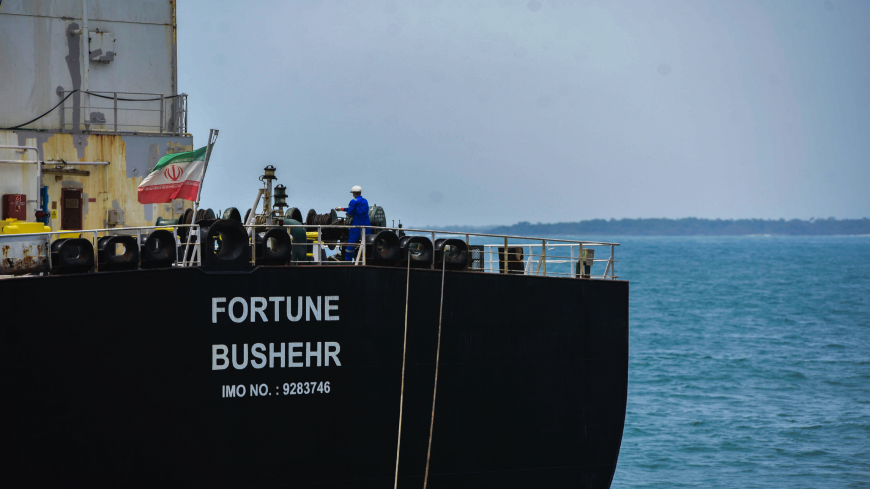 The Iranian-flagged oil tanker Fortune is docked at the El Palito refinery after its arrival at Puerto Cabello in the northern state of Carabobo, Venezuela, on May 25, 2020.

Three companies claiming to own more than 1.1 million barrels of Iranian fuel offloaded by US authorities from four fuel tankers bound for Venezuela last month have challenged the seizure in US federal court, Reuters reported Wednesday.

Last month the US Department of Justice (DOJ) announced US authorities had taken possession of a multimillion-dollar shipment of gasoline aboard four tankers — the Lina, the Pandi, the Bella and the Bering — after the ships’ owner, Giorgios Gialozoglou, agreed to surrender the cargo.

The United States says the tankers were carrying Iranian gasoline bound for Venezuela on behalf of Iran's Islamic Revolutionary Guard Corps (IRGC), which the United States considers a terrorist organization. Washington is engaged in a so-called maximum pressure campaign built around economic sanctions aimed at isolating and weakening the Iranian and Venezuelan governments.

Oman Fuel, registered in the United Kingdom, as well as Sohar Fuel and Mobin International, based in the United Arab Emirates (UAE), challenged the seizure in a filing Wednesday in a federal court in Washington, Reuters reported.

The two companies claimed they had already sold the fuel to a company called Citi Energy, based in the UAE, and that they had not yet been paid because of the fuel’s forfeiture.

The DOJ last week said the firms were “front companies” for Iran’s IRGC and announced it seized control of the companies’ websites last week. The United States maintains the plan to transport the fuel was organized by Mohammad Madanipour, a businessman with alleged connections to the IRGC.

In June, authorities in Cape Verde arrested a Columbian businessman named Alex Saab Moran, whose lawyers told Reuters he had acted as Venezuelan President Nicholas Maduro’s envoy to Tehran. Moran is said to have arranged the fuel purchase as well shipments of humanitarian supplies from Iran.

Iran has increasingly lent support to Venezuela as both OPEC members have come under intense pressure from the United States government.

The Donald Trump administration has openly called for Venezuela's regime to be overthrown. It is also attempting to coerce Iran’s government to stop supporting militias in Middle Eastern conflict zones and to renegotiate the 2015 nuclear deal, which the United States pulled out of unilaterally in 2018.

The US Special Representative for Venezuela Elliott Abrams is taking over for Brian Hook, head of Iran policy at the State Department.